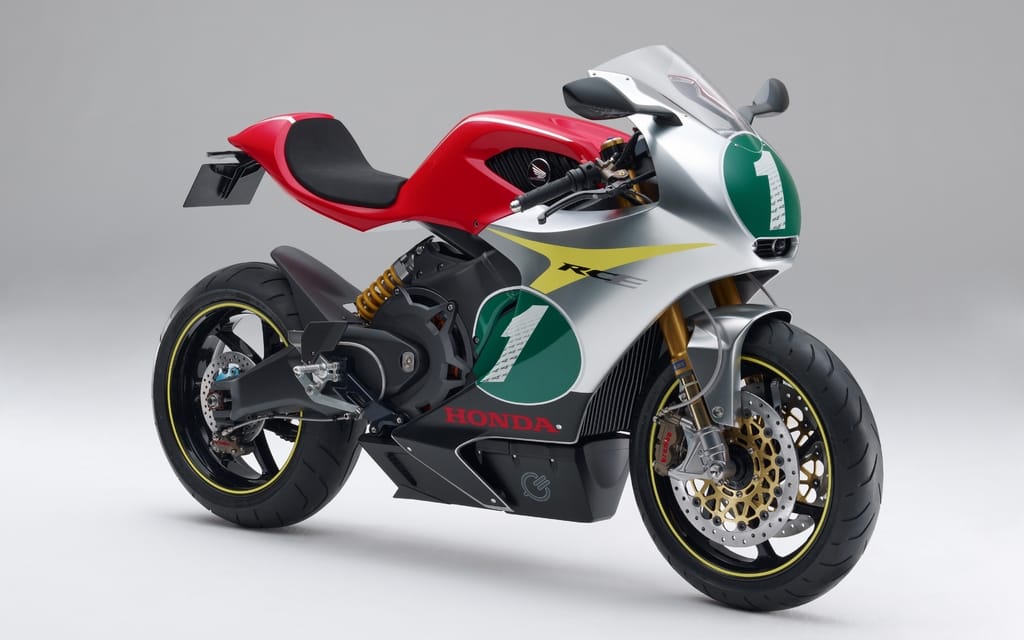 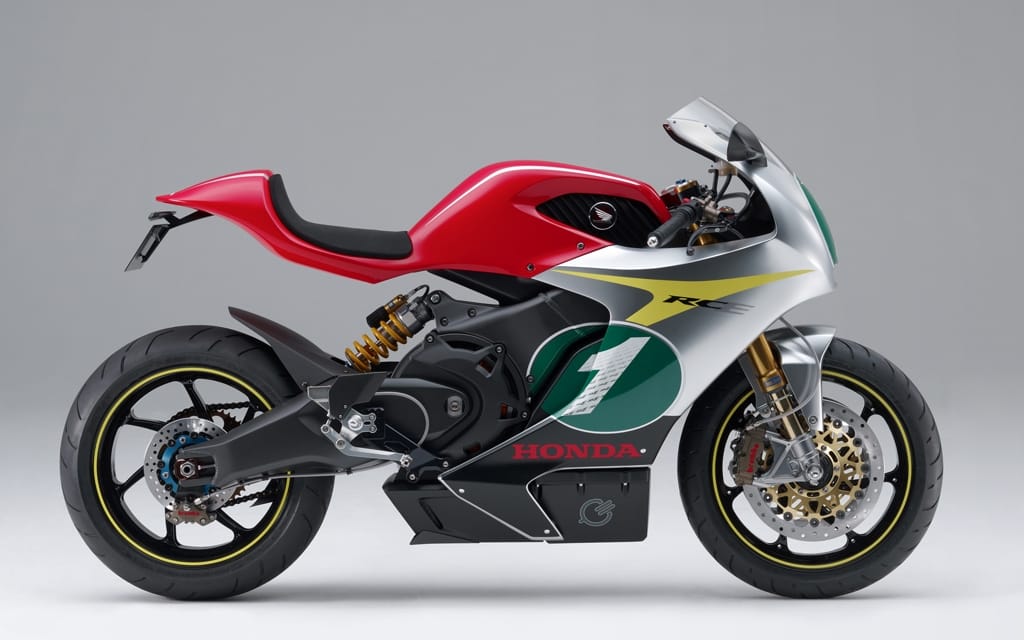 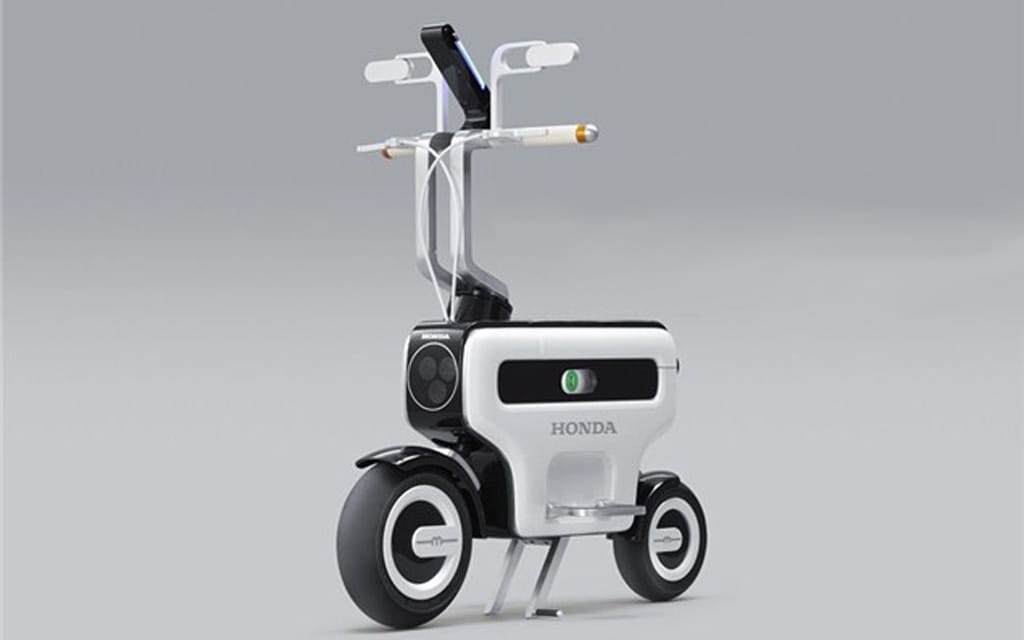 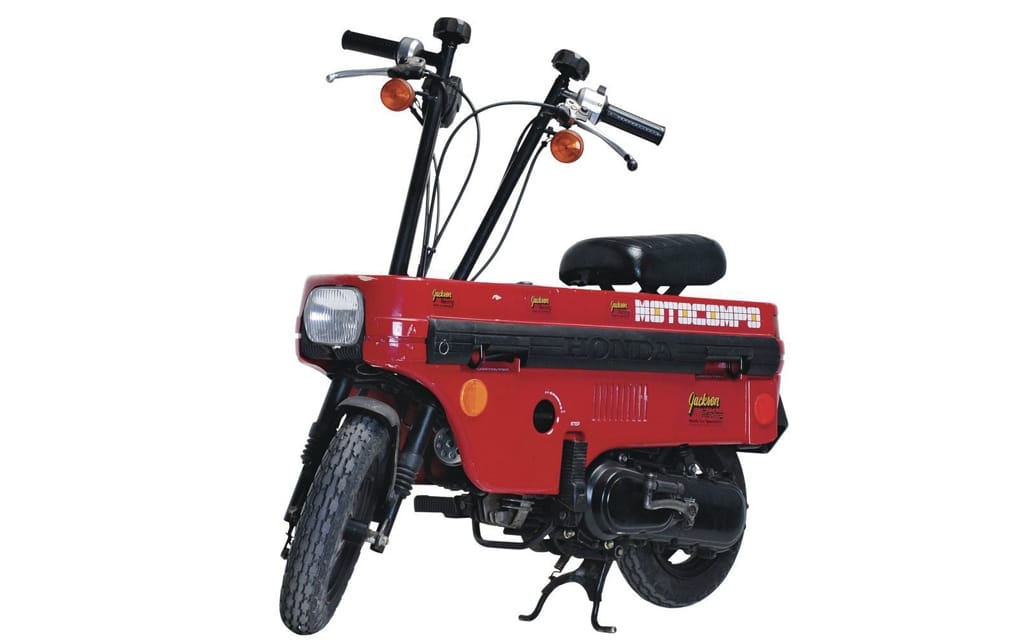 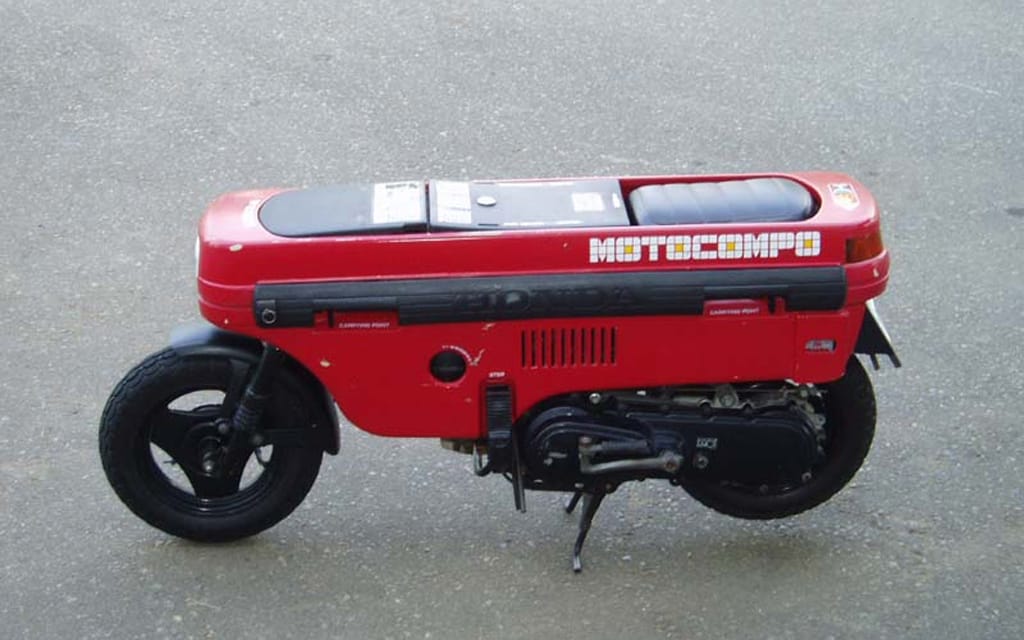 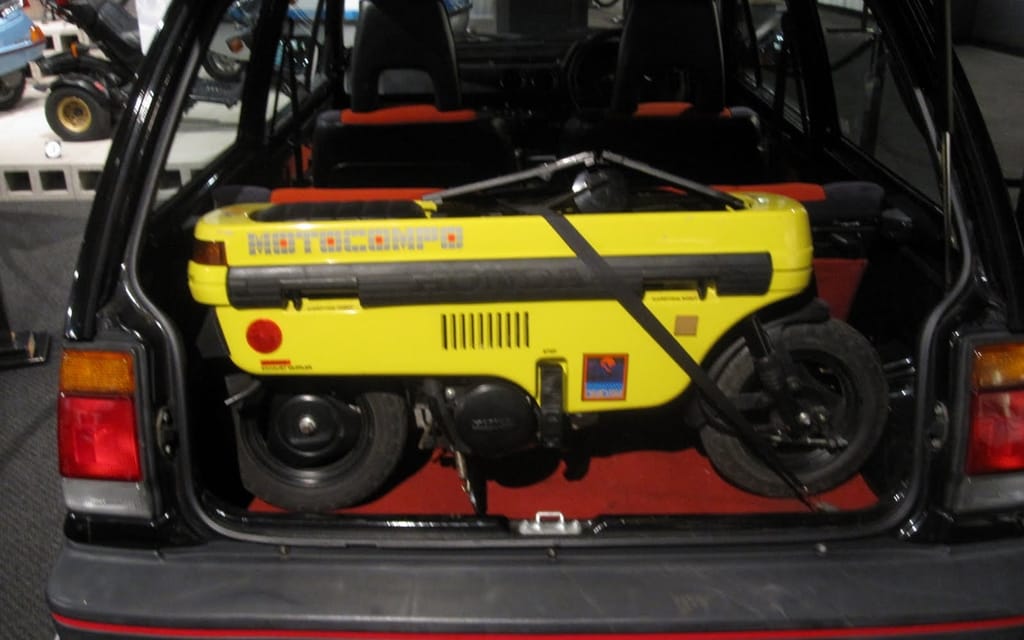 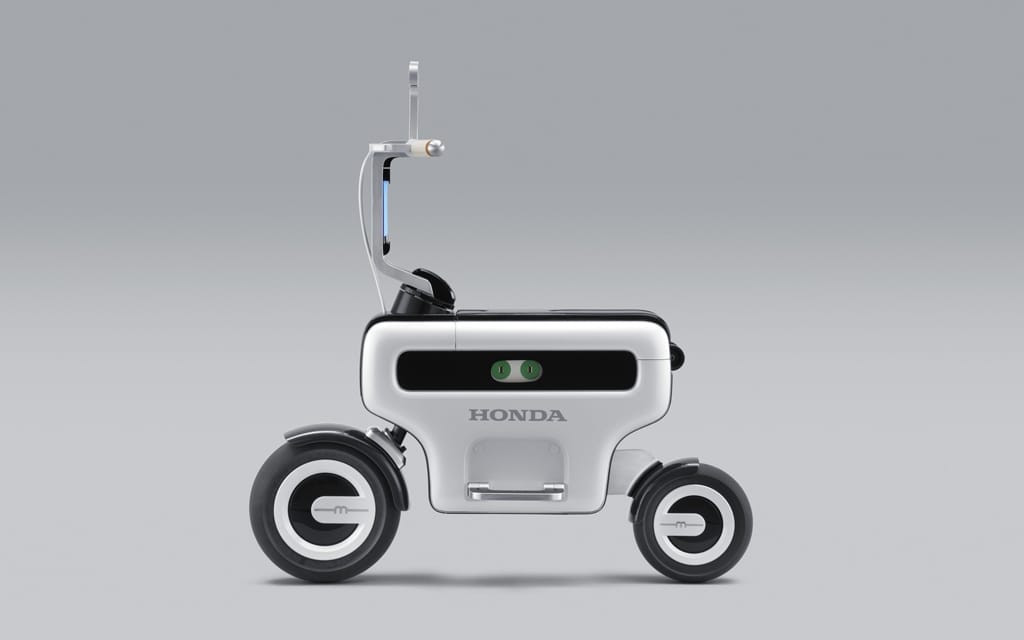 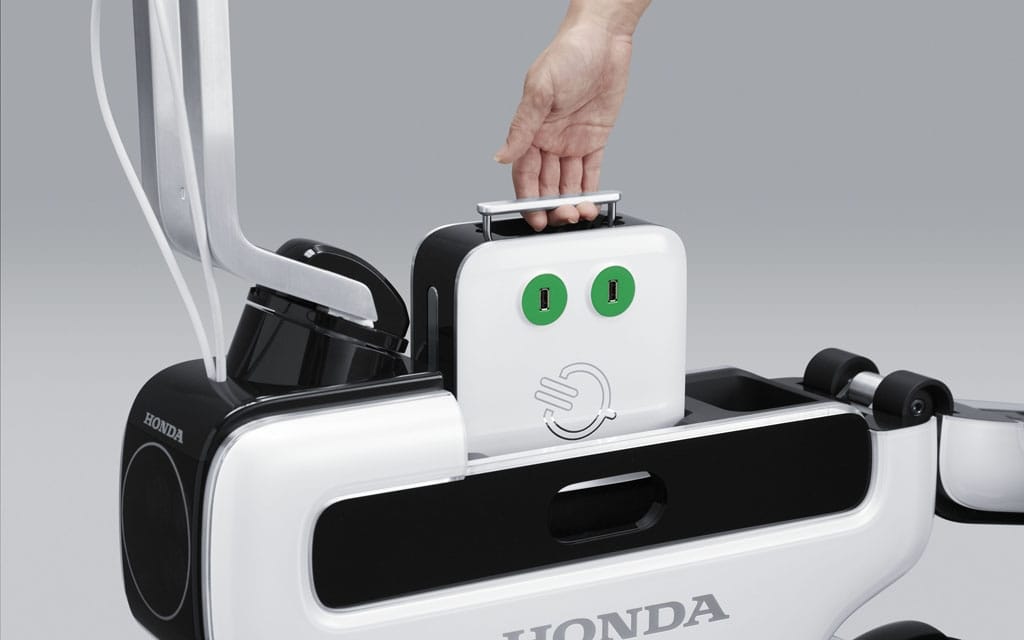 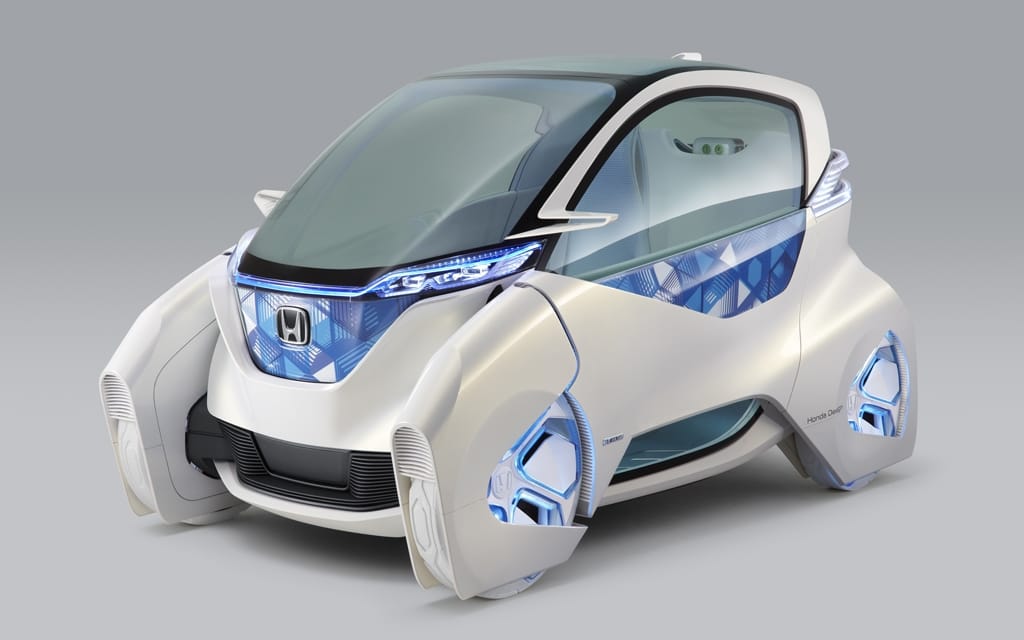 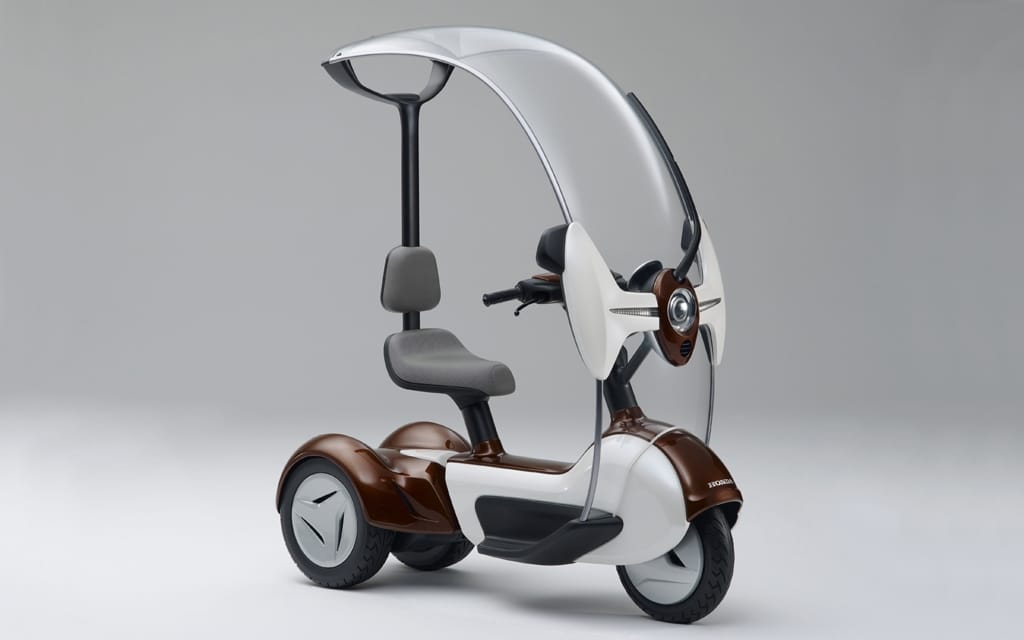 Honda Looks to an Electric Future

Honda has announced the lineup for their upcoming Tokyo Motor Show display (Dec. 3rd – 11th), and it includes three interesting electric motorcycle concept models — well, one motorcycle and two scooters. The motorcycle, called the RC-E, is battery-powered supersport with high-spec components and cool classic racer styling that could go a long way to converting even the most die-hard petrol heads. The other two machines are more at the oddity end of the spectrum. The Motor Compo is a modern day EV version of Honda’s 1980’s gas-powered Motocompo, a fold-up scooter designed at the time to fit into the baggage compartment of a Honda subcompact car called the City. Powered by a removable multi-purpose battery pack, the Motor Compo (notice the slight name change) folds up to fit into the back of the Micro Commuter, one of Honda’s new electric concept cars also slated to be on display at the Tokyo show. Finally there’s the E-Canopy, a three-wheeled electric scooter which Honda says can be expanded from a personal commuter to urban delivery vehicle by adding an optional rear trunk. If you ask us though, it kind of looks like nothing more than a canopied mobility scooter.

With the release of KTM’s Freeride E making the Austrian manufacturer the first OEM to build a production electric motorcycle, and Polaris recently partnering with e-motorcycle start-up Brammo, it will be interesting to see how much longer it is before Honda or any of the other Japanese firms go beyond the concept stage and fully enter the e-bike fray.