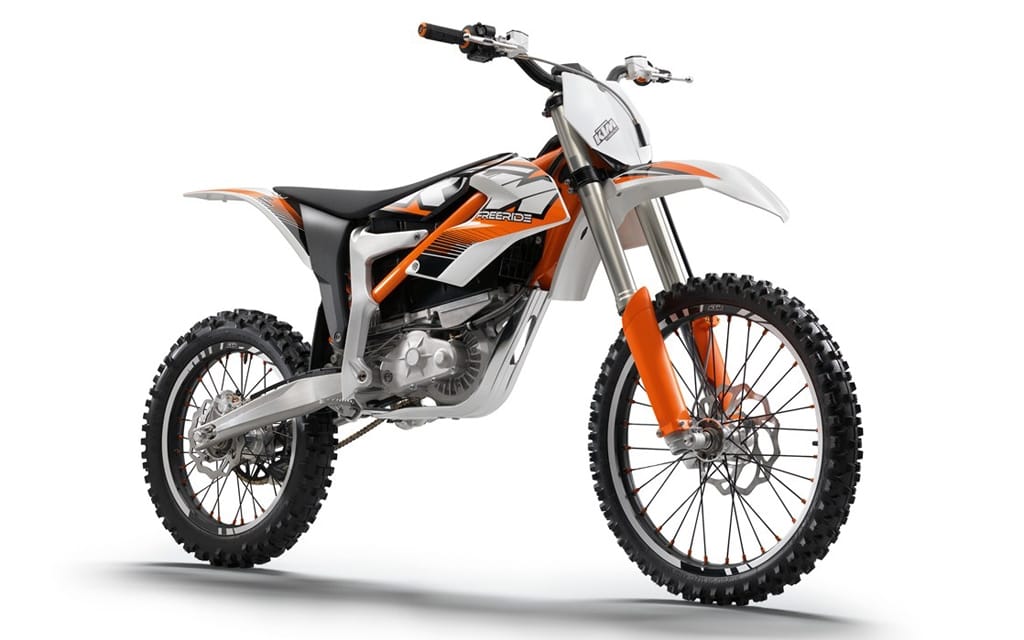 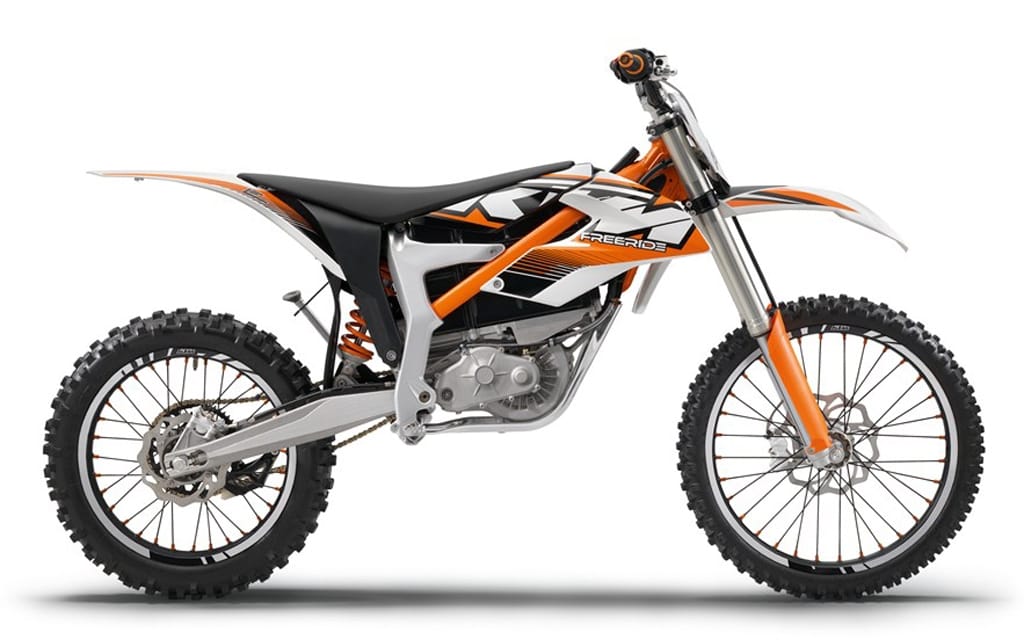 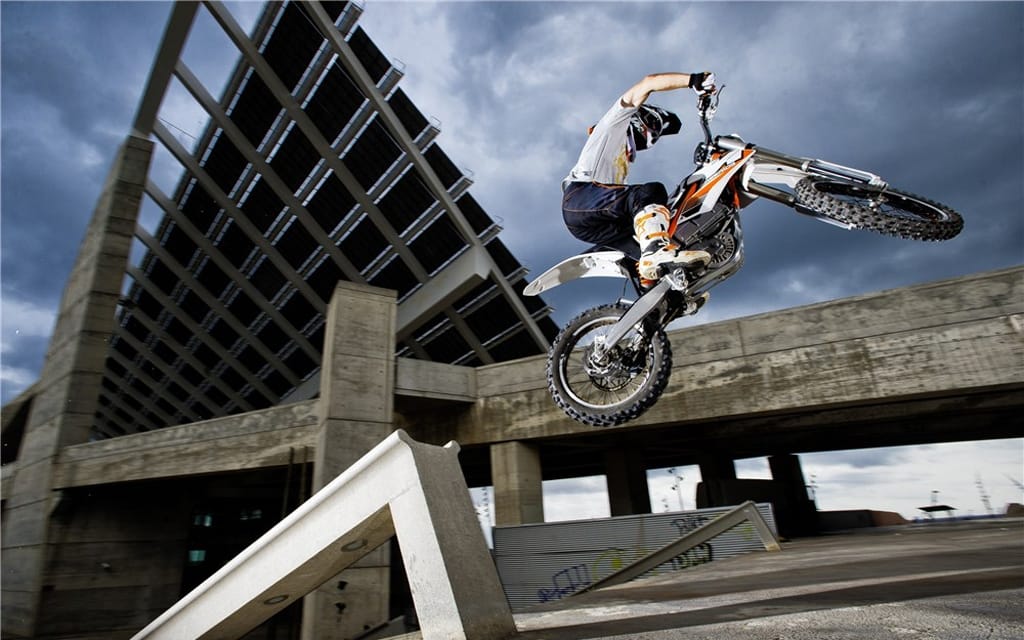 After releasing the gas-powered Freeride 350 three weeks ago KTM has now unveiled  the Freeride E, the battery-powered ‘zero emissions’ model first seen in prototype form at the 2010 Tokyo motorcycle show.

Powered by a proprietary electric drivetrain, the Freeride E weighs only 95 kg and produces a claimed 30 hp (22 kW) at 6,000 rpm and 31ft-lb of torque at just 500 rpm. The e-dirt bike’s 300 volt battery takes only 90 minutes to charge, which, depending on whether you’re a professional or amateur rider, will afford you either 20 or 45 minutes of off-roading, says KTM. With a short range like that we’d hope that the bike’s small battery is hot-swappable. Although the original Freeride prototype did claim that feature, there’s no mention of that yet about the Freeride E (full details are still forthcoming). “Like all KTM motorbikes,” says the Austrian firm’s announcement, “the Freeride E incorporates the latest design features and top-quality components throughout.” Features like a 43 mm WP upside-down fork, with an impressive 250 mm of travel, back up that claim.

KTM is the first major manufacturer to release an electric motorcycle and their goal with the Freeride E, they say, is to tap into a potential market created by urbanization and anti-noise bylaws, “bringing off-roading closer to the metropolitan areas, as well as establishing new parks and riding areas in places where that used to be unthinkable. Ideally, this could draw the use of the sporting equipment closer to home. In addition it opens up opportunities to inspire new target groups with the fascinating world of off-road motorcycling.”

Canadian availibility and pricing are TBD.