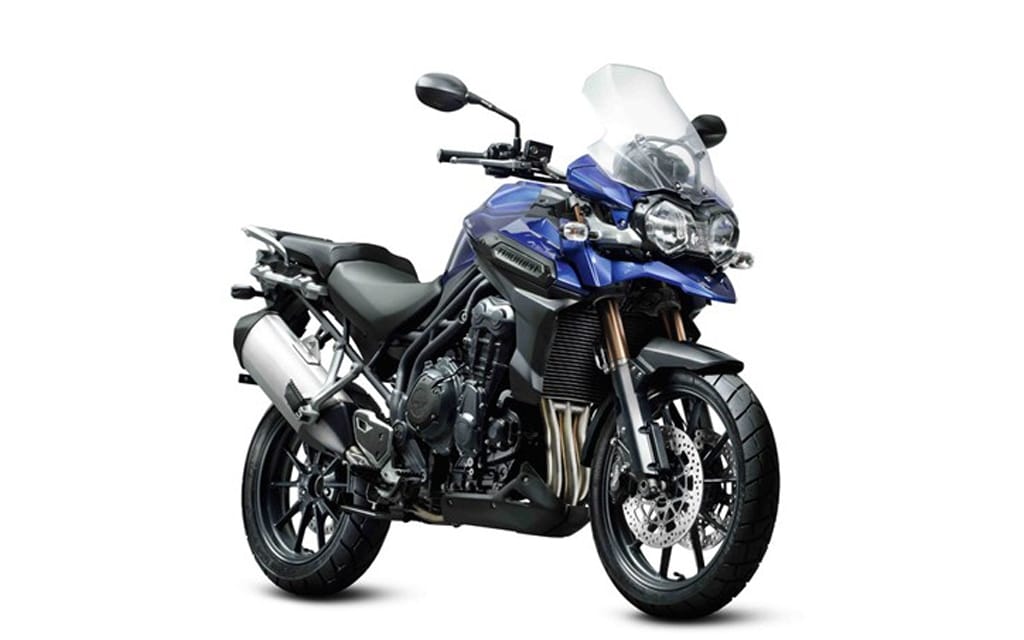 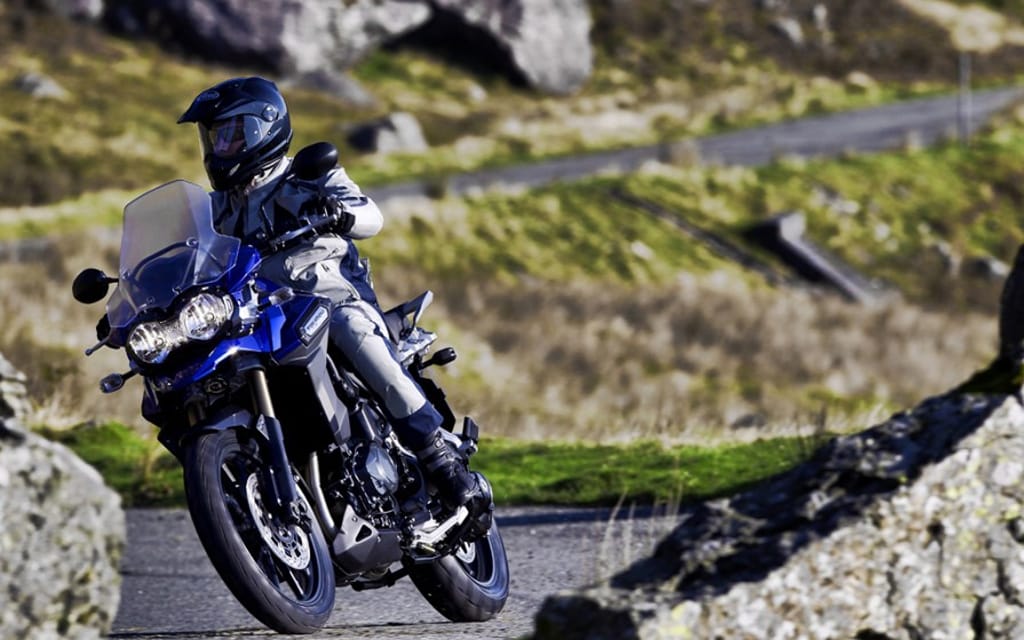 After almost a year of teasing, Triumph have pulled back the covers on their all-new large displacement adventure tourer, the Tiger Explorer. They’re still holding back on divulging all of the bike’s details until its official unveiling in two weeks time at EICMA, but here’s what we know so far. The Tiger Explorer is powered by a 1215 cc inline triple (no power specs yet) and, unlike it’s Tiger 1050 precursor, the Explorer is shaft driven. It features a ride-by-wire throttle system — new for Triumph — and cruise control, switchable ABS and traction control as standard. Wheels are cast alloy, 19” front and 17” rear and, as with its smaller Tiger 800 siblings, there are a raft of touring accessories available; including electrical gadgets which can be run simultaneously, says Triumph, thanks to the bike’s beefy 950 watt generator. The Tiger Explorer will be offered in blue, black or grey starting in May and pricing will be announced in January.