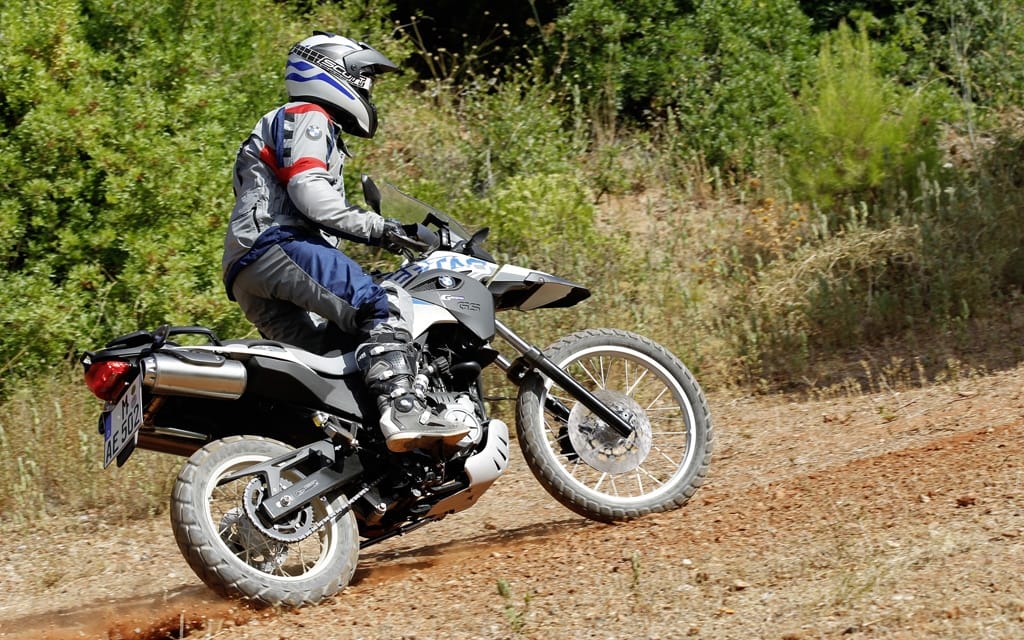 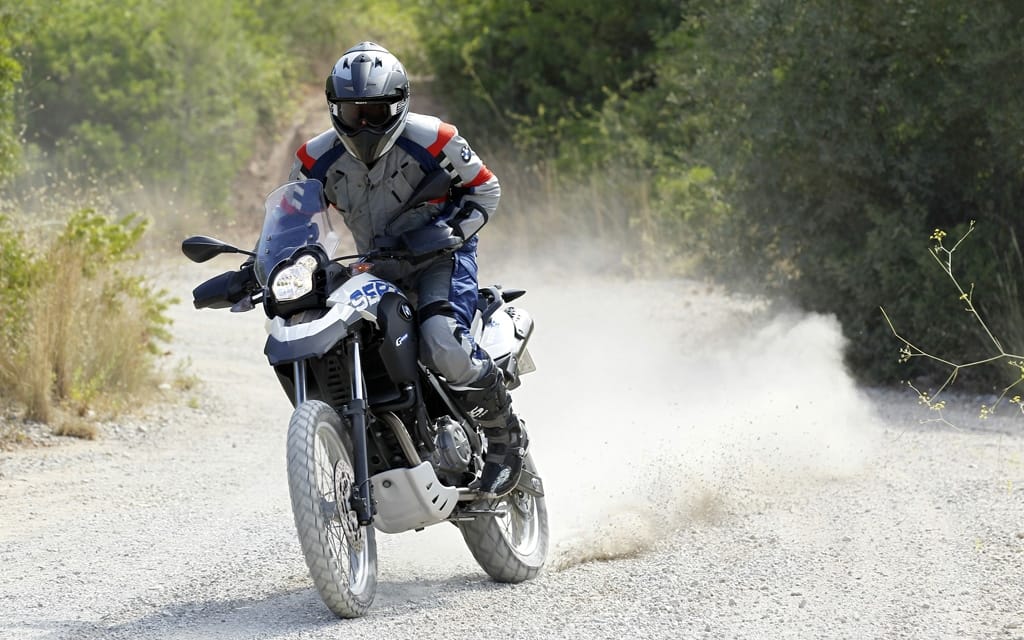 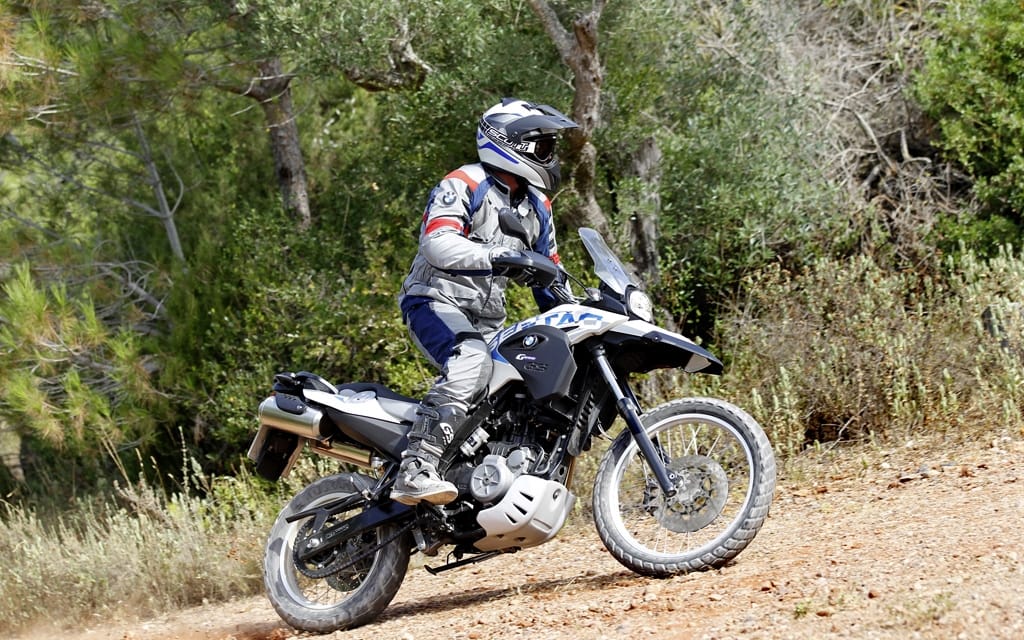 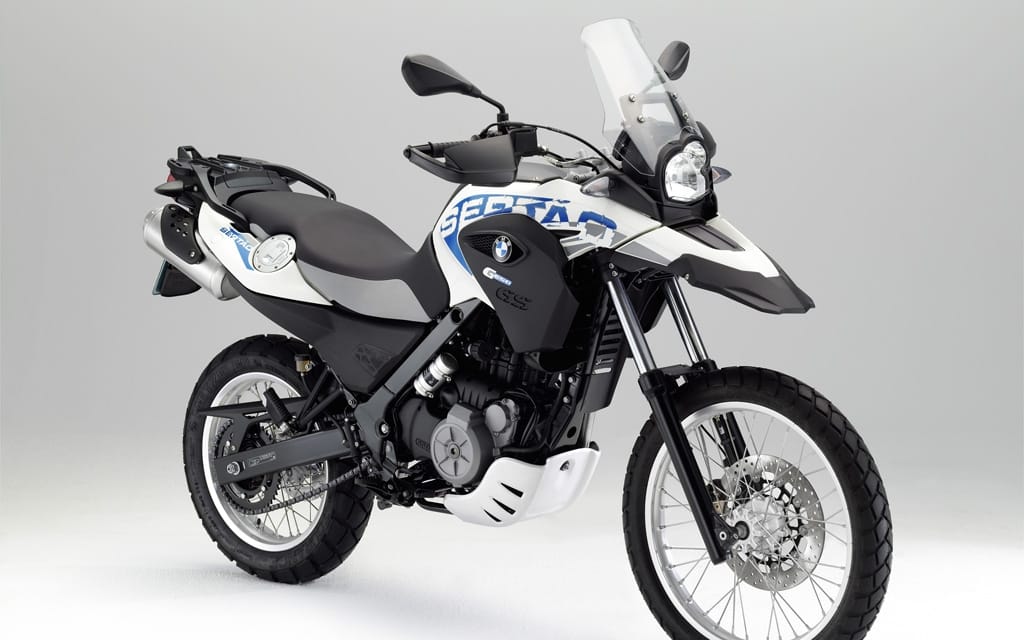 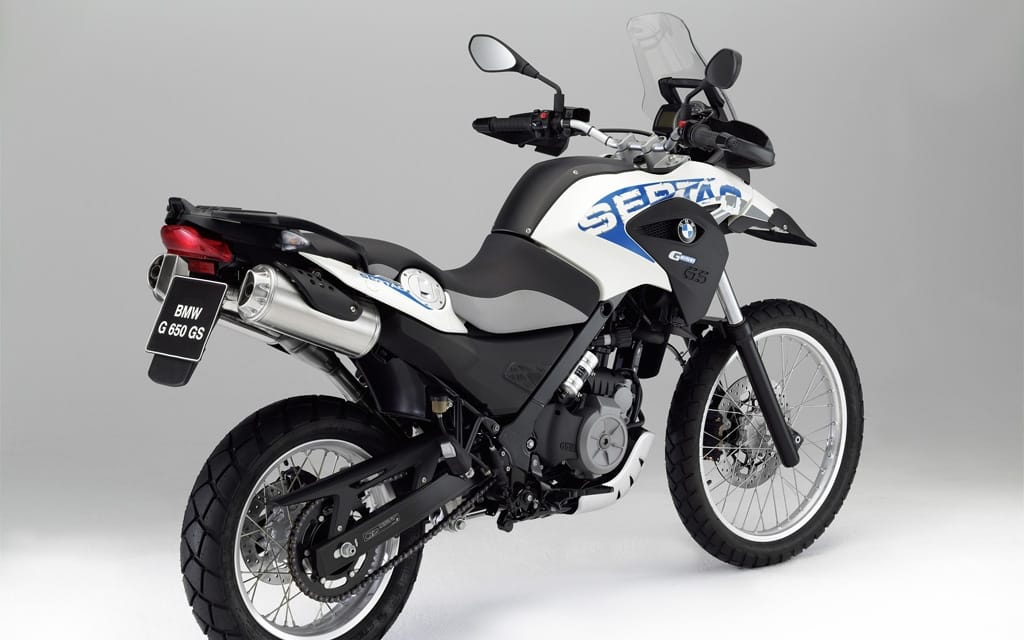 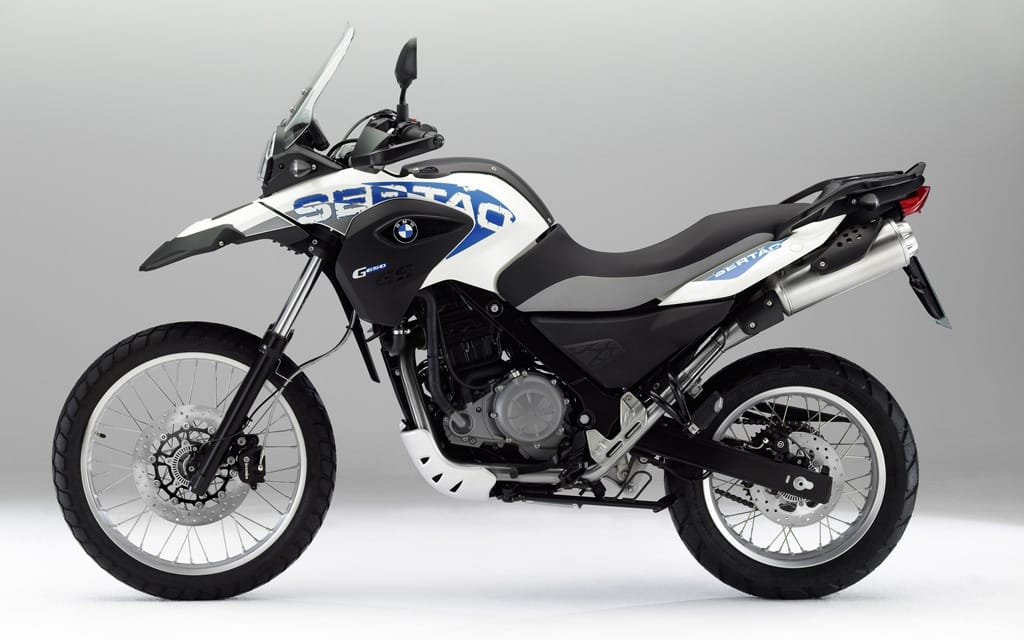 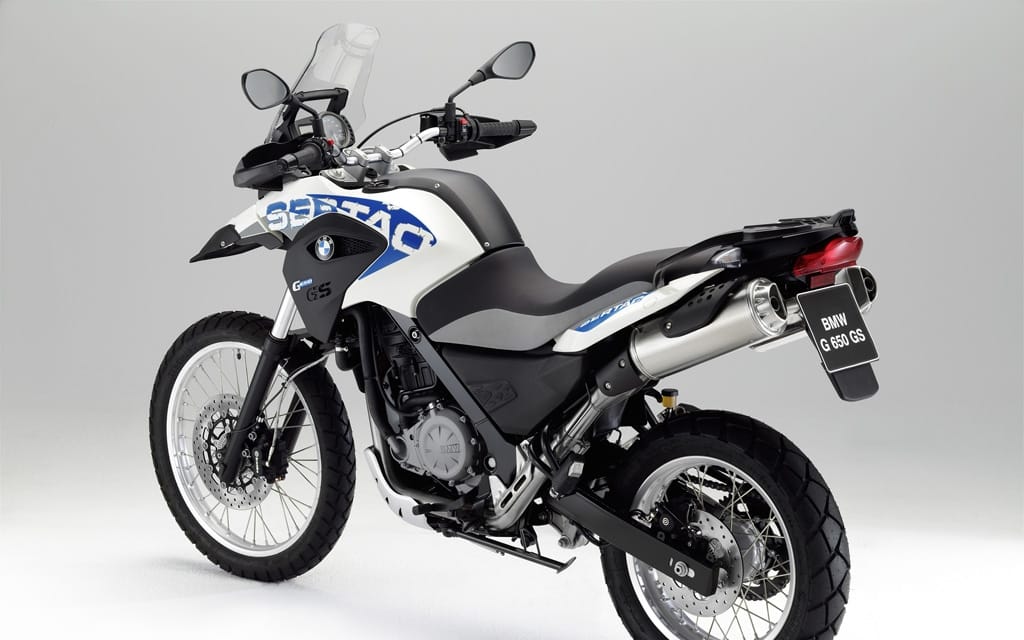 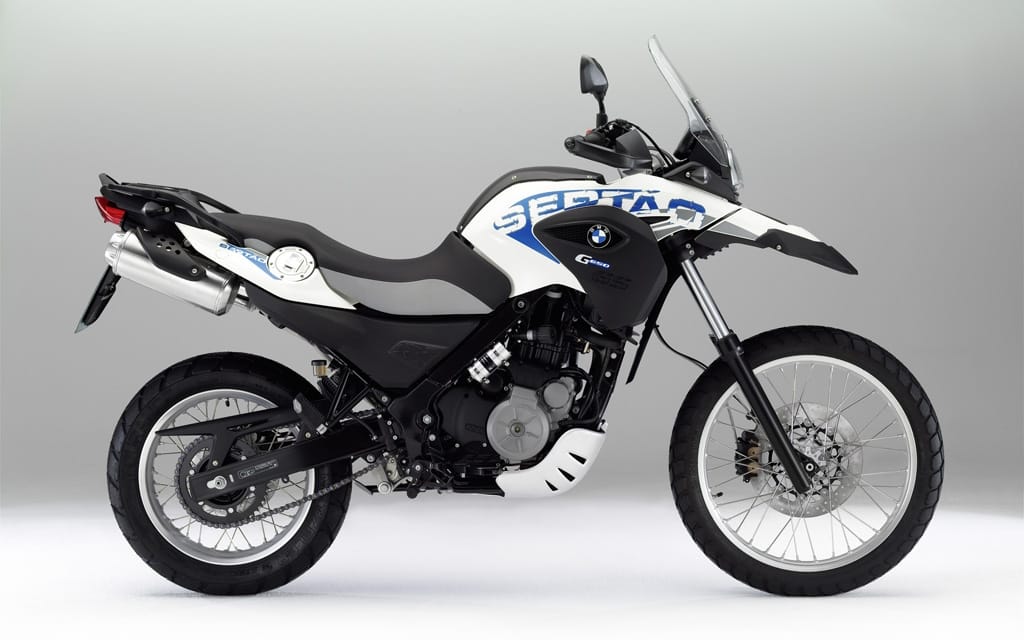 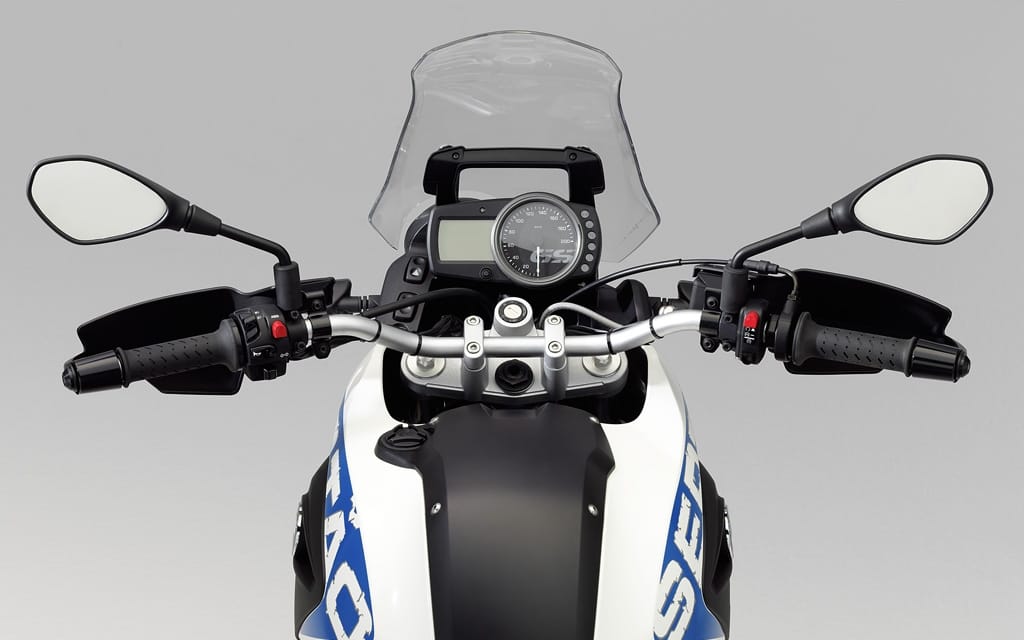 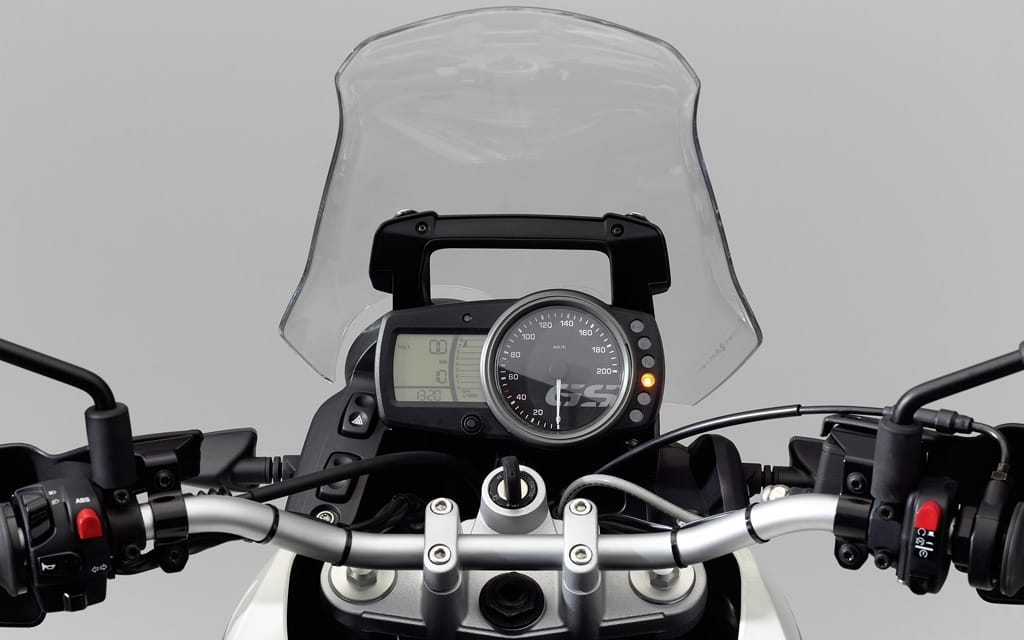 BMW Motorrad has given their single-cylinder G 650 GS entry-level adventure tourer a sportier sibling for 2012. The G 650 GS Sertão, says BMW, provides riders with greater off-road capability than the standard model, which the German manufacturer terms an enduro but admits is really only designed for rough secondary roads and hard-packed gravel. Powered by the same 48 hp liquid cooled 652 cc single as the current model, the Sertão presents itself as a truer enduro machine (as the ‘Dakar’ variant did when BMW’s single-cylinder dual sport was called the F 650 GS) through the addition of wire spoke wheels, instead of cast alloy hoops, and retuned suspension with longer travel. Front wheel diameter is now 21″, instead of 19″ and the rear wheel skinnier; now 3.00 x 17″ instead of 3.50 x 17″. The Sertão features 210 mm of suspension travel for both front and rear components, adding 40 mm and 45 mm respectively over its older sibling. Accordingly, the seat height is now 860 mm instead of 800 mm. Wheelbase has also been extended from 1477 mm to 1484 mm, to provide greater directional stability on off-road terrain, says BMW. Other new features include a taller windscreen, aluminium engine guard, hand protectors, an extended front wheel cover (beak), and a model specific white and blue colour scheme. Disengageable ABS is optional, as are numerous other accessories.

The G 650 GS Sertão will be available in Canada next spring and, according to BMW, is expected to make it’s Canadian debut at the Toronto Motorcycle Show on December 9th at which time pricing will be announced.