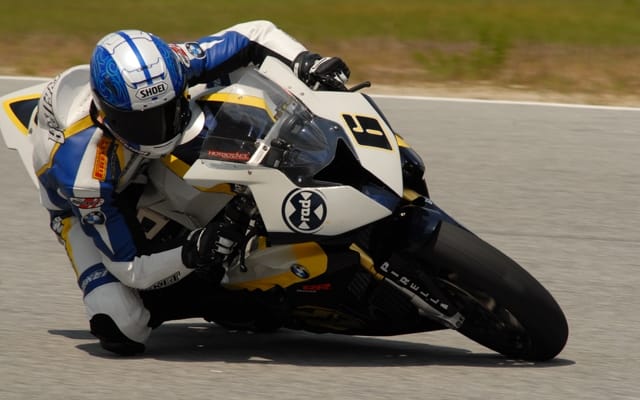 Newly crowned 2011 Canadian Superbike champion, Brett McCormick, will compete aboard a BMW S1000RR for the Garnier Alpha Racing Team in the final two rounds of the Superstock 1000 FIM Cup series . The 10 round championship series, held at all European rounds of the FIM World Superbike Championship, will have its final two rounds at Magny-Cours in France on October 2nd and  Portimao in Portugal on October 16th.

According to BMW, McCormick’s dominant performance this year in Canadian Superbike with the radX/BMW Motorrad Canada team has put him on the radar for their Motorrad Motorsports division in Germany as an up-and-coming talent to watch.

“When Brett signed with our radX/BMW Motorrad Canada Superbike Team, we had planned at that moment that we would do everything possible from our side to get him an opportunity to showcase his talent on the world stage,” said Director of BMW Motorrad Canada, Norm Wells. “We we’re confident that we could make this happen if Brett won the Canadian Superbike Championship this year.”

“Of course, I’m super pumped with this great opportunity,” exclaimed the twenty-year-old McCormick “After such an awesome year at home on the BMW S1000RR, it’ll be great to hopefully show what we can do at the world level. It’s been my dream to race in the world championships, and I have to thank Norm Wells and everyone at BMW for this opportunity”.