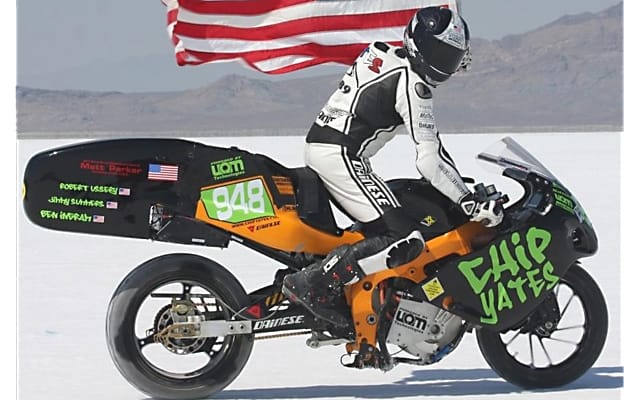 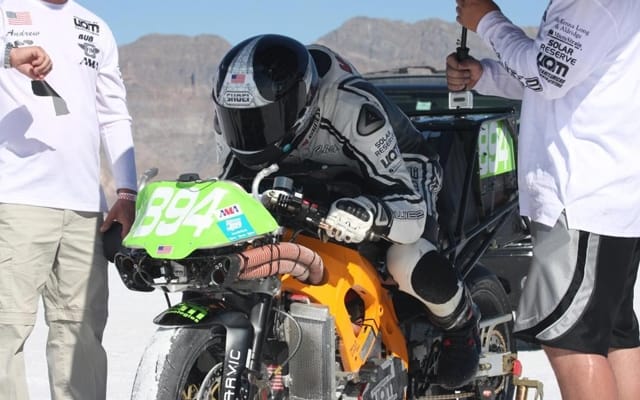 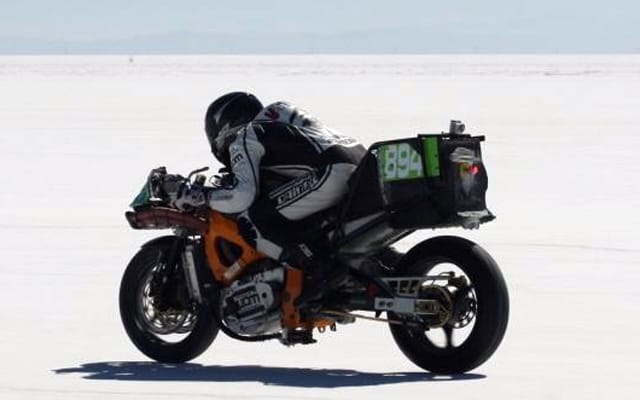 Afterwards, Yates was ecstatic about his team’s accomplishments during their first time at Bonneville and about what they’ve achieved over the last five years. You’ll remember that Yates was the first electric motorcycle racer ever to podium in competition with internal combustion engine superbikes. And in June the SWIGZ team set a record for electric motorcycles at the Pikes Peak International Hill Climb, and also placed second in class. Yates though did acknowledge that rival outfit Lightning Motorcycles is still fastest in the electric two-wheeler category. “I want to acknowledge Lightning’s SCTA record. Achieving the speeds they did is incredible, and we could not top them!” wrote Yates via text to Asphalt and Rubber.

When asked about his immediate plans as a retiree, Yates replied that he’d just eaten a Pop tart and was very happy to no longer have to follow his strict racers’ diet.