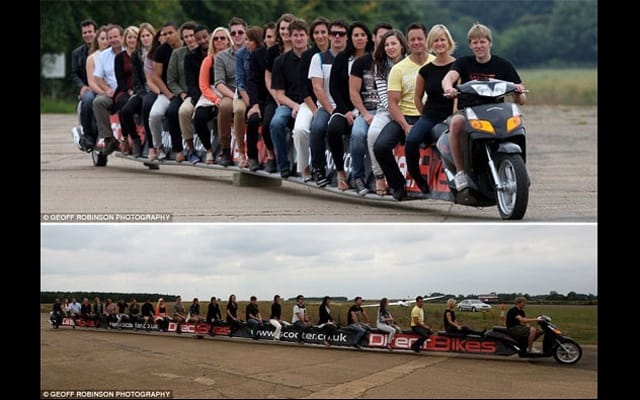 Two weeks ago we brought you news of Colin Furze’s latest creation, a 22-metre-long scooter built to shatter the British plumber’s own previous record for world’s longest motorcycle. Guinness has now declared the new record official and Furze has finally uploaded a video (below) of his record setting ride aboard his super stretched two-wheeler.

And things seem to be looking up for Furze; you’ll notice from watching this slicker-than-usual (for Furze) video that he had some sponsorship this time around and also that UK’s Sky Channel will soon be broadcasting his mad antics.