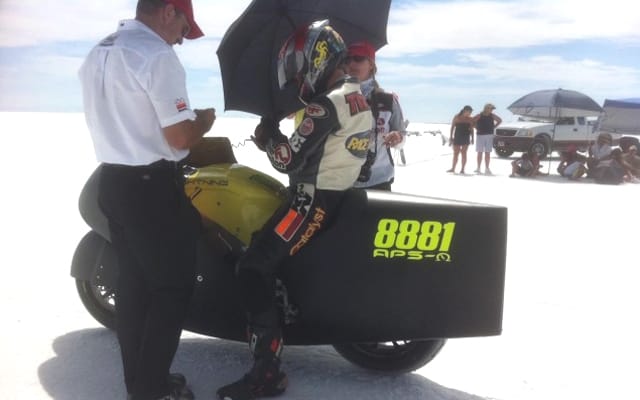 News from the Southern California Timing Associations’ Speed Week at the Bonneville Salt Flats is that Silicon Valley-based Lightning Motorcycles has created a new land speed record for electric motorcycles (class APS-Ω) and become the first manufacturer/competitor to break the 200 mph barrier on an electric motorcycle. Paul Thede rode Lightning Motorcycles latest Mk. II  prototype to a two-run averaged speed of 206.079 mph (331.652 km/h) over the weekend, shattering Lightning’s own previous record of 173 mph. Thede becomes one of only 65 motorcycle riders to set a record over 200 mph at Bonneville, and the first to do so on an electric motorcycle.