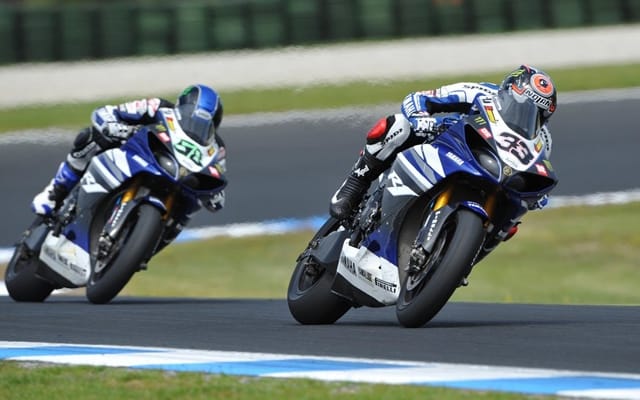 Yamaha Pulling Out of World Superbike

Yamaha Motor Europe has announced a decision to no longer field an official factory World Superbike team after the end of the current season. Yamaha’s withdrawal means that factory riders Marco Melandri and Eugene Laverty, currently third and fourth respectively in the overall standings, will be looking for new rides for 2012. This after Melandri had already confirmed he would stay on with Yamaha for next year.

Yamaha’s announcement of their withdrawal from World Superbike comes after a full strategic review of the Japanese manufacturer’s ‘Marketing Operations’ within Europe. A 3.2% decline in single track vehicle sales in the first half of 2011 versus the same period last year in the region, is said to have been a significant factor in Yamaha’s decision.

Yamaha will focus its resources on more “direct customer activities to ultimately add more value to Yamaha ownership and increased customer satisfaction,” states their announcement. Yamaha Motor Europe also says that it “will continue to give its maximum efforts until the end of the existing season to try and regain the World Superbike title which Yamaha also won in 2009.”

Last season Ducati pulled their factory team out of World Superbike, citing similar reasons as Yamaha. The Italian manufacturer has this year put any World Superbike support it has to offer behind privateer team Althea Ducati and their rider Carlos Checa, who is currently leading the championship. We’re guessing that Yamaha may be planning a similar arrangement with a privateer team for next season.