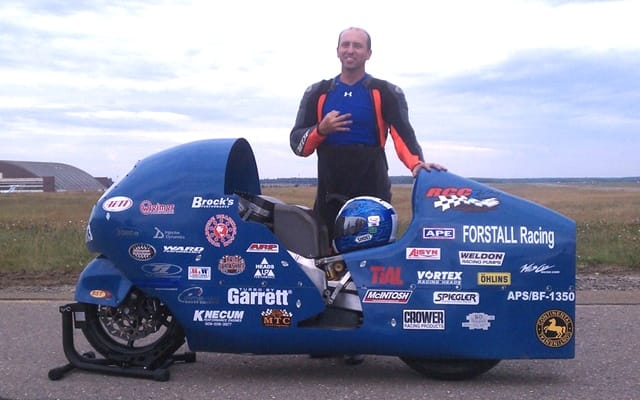 A Florida man has become the first person to break the 300 mph threshold on a conventional motorcycle.

Bill Warner of Wimauma, Florida rode a turbocharged 1299cc Suzuki Hayabusa to a record top speed of 311.945 mph (502 km/h) on Sunday, during the Loring Timing Association’s land speed races at the former Loring Air Force Base in Limestone, Maine. Though faster speeds have been achieved with ‘streamliner’ motorcycles, where riders sit completely enclosed, this is the fastest speed ever obtained in the conventional motorcycle class.

Warner also held the previous speed record of 278.6 mph, set last October in Texas. After achieving his new world record, the 42-year-old American said that his motorcycle “is built for speed and that’s what it did.”