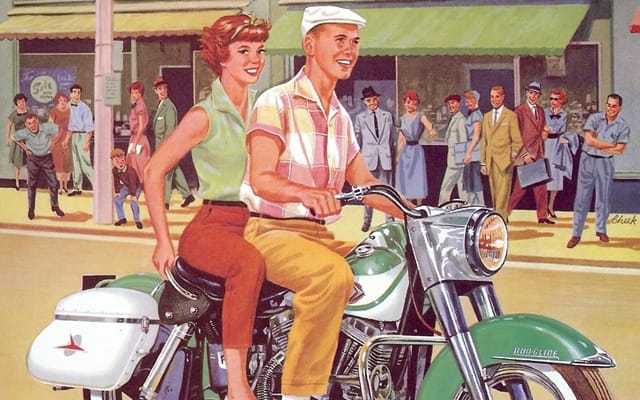 A New York man died Saturday, after crashing and fracturing his skull while riding in the upstate New York town of Onondaga to protest the state’s mandatory helmet law.

Philip A. Contos, 55, was riding helmetless with 550 other motorcyclists in a protest event organized by American Bikers Aimed Towards Education (ABATE) when ironic tragedy struck. Police say Contos flew over his handlebars and hit his head on the pavement after losing control of his 1983 Harley Davidson. He was pronounced dead at hospital.

“ABATE is very saddened and still shocked about the fact that we’ve lost another rider in Philip and that our hearts go out to him and our prayers as well,” said Syracuse chapter president Christinea Rathbun.

New York is one of 20 states that still requires motorcyclists to wear helmets and the Onondaga chapter of ABATE has sponsored a helmet protest ride every July 4 weekend for the past 11 years.

The doctor who pronounced Contos dead, told police that there’s no doubt that the rider would have survived the accident had he been wearing a helmet. And even though the  Governors Highway Safety Association has statistical evidence showing that a helmet meeting federal standards reduces the chance of fatality in an accident by more than 40 percent, ABATE still believes each motorcyclist should have a choice how they ride.

“Mandatory helmet laws do nothing to prevent accidents,” states ABATE’s of New York State website. “The decision on when to wear a helmet while operating a motorcycle should remain with each responsible adult rider.”

Watch the video news report below for more details.