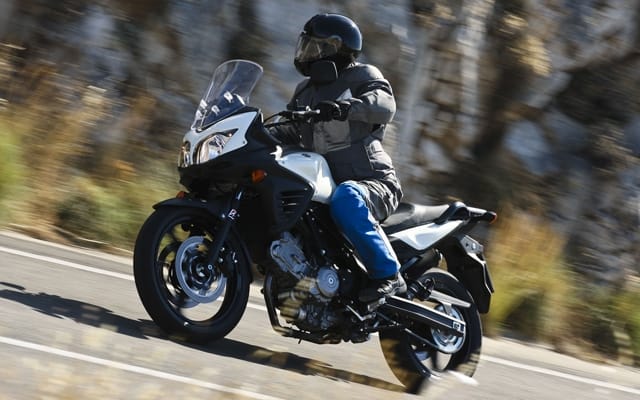 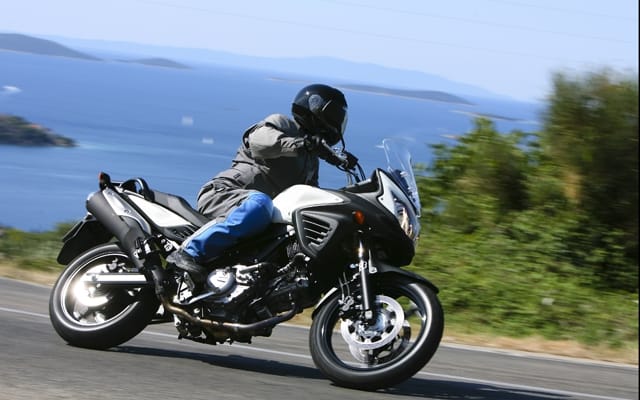 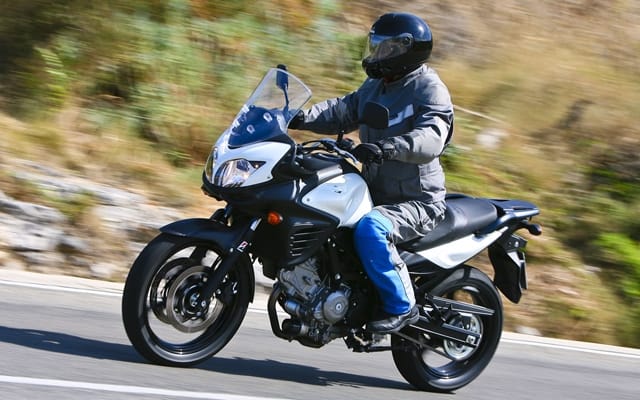 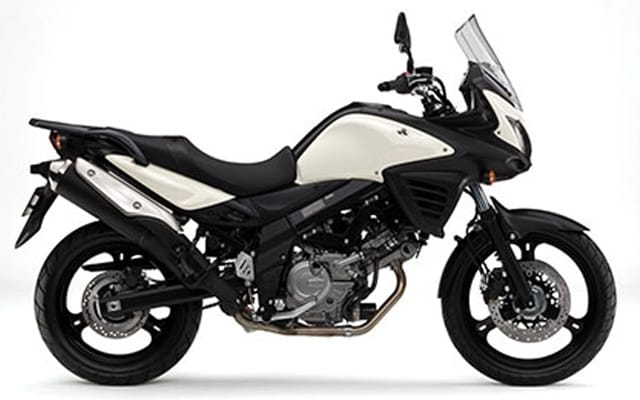 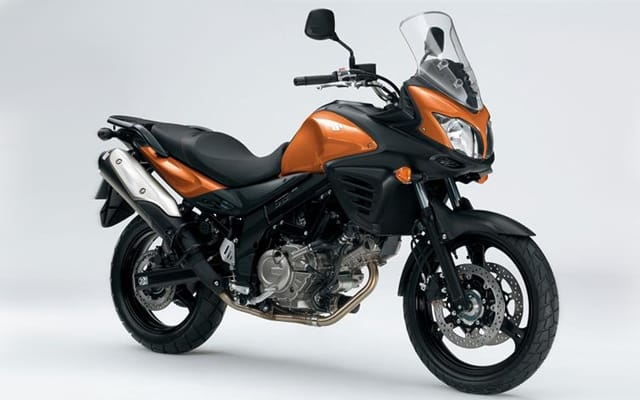 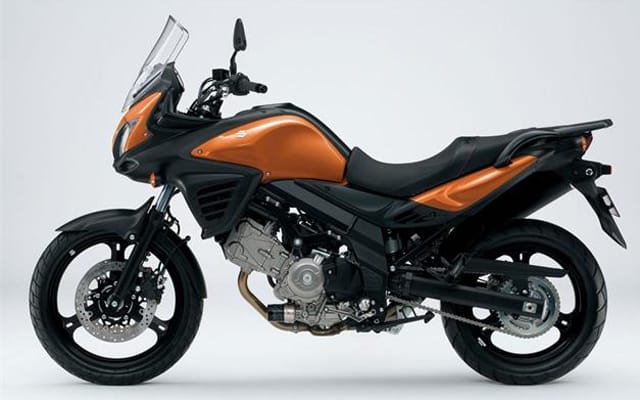 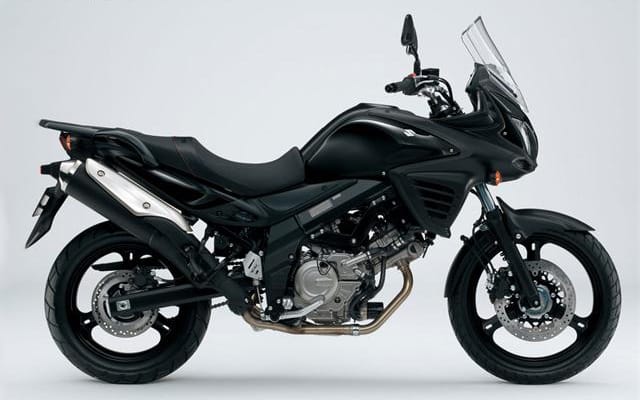 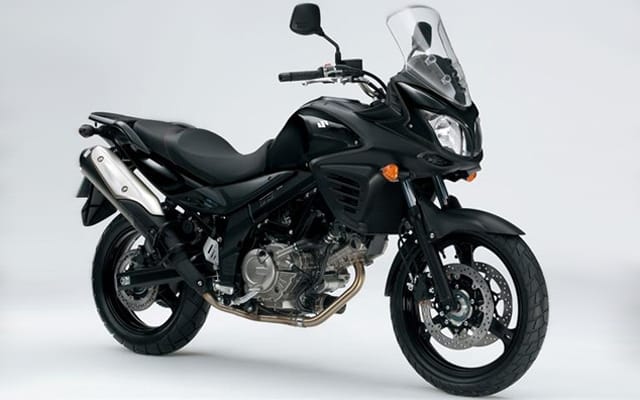 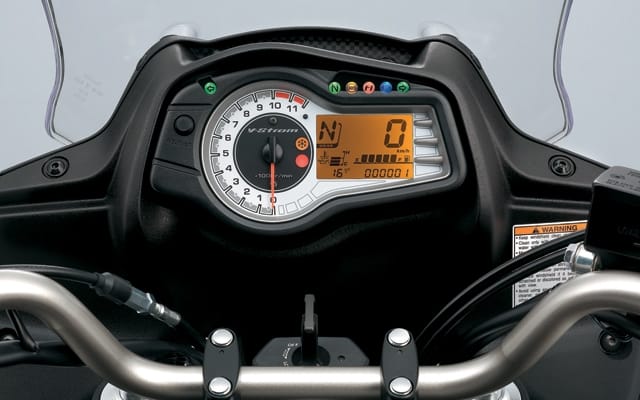 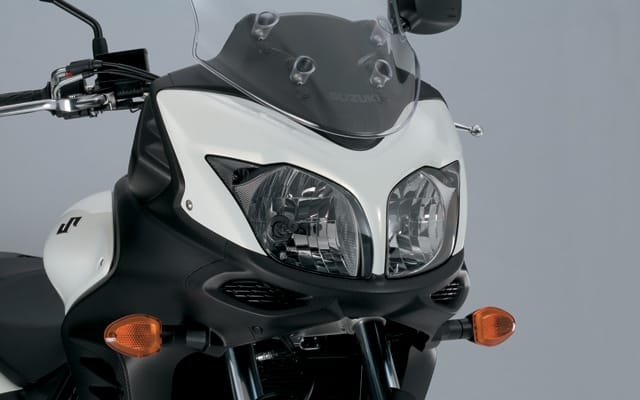 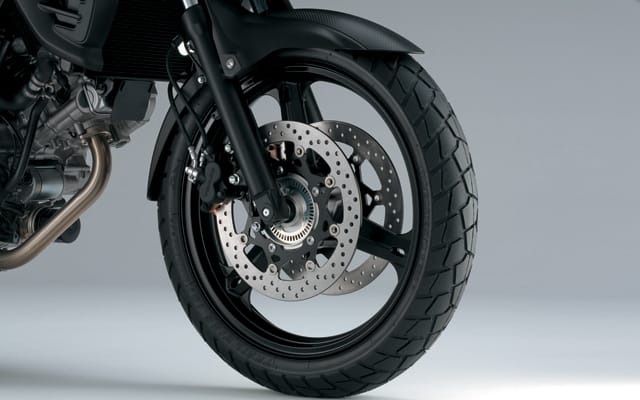 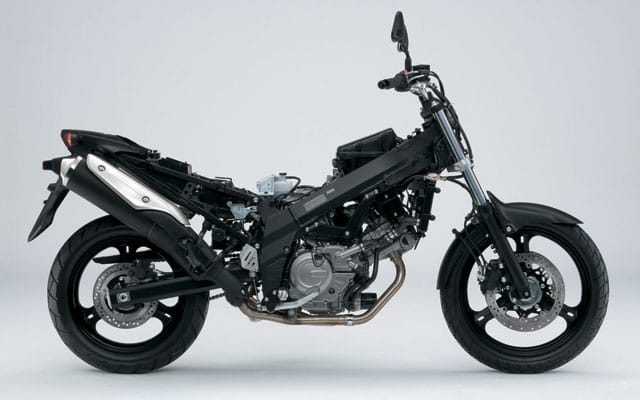 Far from being the crude east European nation that our misguided angel (that’s how Thornton describes himself these days) anticipated, Croatia is a delight. Ditto Suzuki’s new urban-adventurist.

If there was any doubt that Suzuki’s restyled V-Strom 650 is intended primarily as a roadster, the name of our guide should have cleared up the matter. But I didn’t know who Simon Crafar was, exactly, so I asked a dumb question that seemed somewhat relevant to a V-Strom: “Didn’t you do the Dakar?”

Simon Crafar is about six feet tall, trim and muscular and handsome, and he smiles easily. He raced World Superbike and 500 GP in the 1990s, got onto some podiums, and in 1998 he beat Mick Doohan to the finish line and won the British GP.

So we were to be led through the Croatian countryside by a former road racer, not a Dakar rally rider. Pavement, it seemed, would be the V-Strom’s home ground, same as it ever was.

The new V-Strom is significantly restyled, but subtly different in action. It’s a little taller, much prettier, and noticeably smoother and slightly more powerful. While its motor’s bore-and-stroke remain the same, changes to the cam profiles, pistons and rings, valves, and other engine bits are claimed to have boosted horsepower to 68 at 8,800 rpm, up two from the current model. Later in the day, I rode behind Crafar and some French journalists, and watched them drag race on a Croatian highway. Crafar was on the current model, and the French rider beside him was on a new V-Strom. They slowed to about 100 km/h, got side by side, and Crafar signalled throttles-on with his fist. The French guy plowed steadily ahead in race after race. (They rode saddlebag equipped bikes; for one race, I pulled up next to them on a new V-Strom with no luggage. My acceleration with the cleaner bike was as much better than the French guy’s as his was than Crafar’s.)

The new V-Strom 650 was planned as a more comfortable, more rider-friendly motorcycle than the model it sprang from. We were told that it is “shorter, lighter, and more aerodynamic,” that its ground clearance is 10 mm higher, that fuel economy and engine output performance are improved, and that its seat is more comfortable. Low to mid-range torque is improved, (peak torque remains the same though, 44 lb-ft at 6,400 rpm) and the engine is smoother at all rpm levels. That’s what we were told.

In riding the new bike at speeds up to an indicated 205 km/h, I found no sign that we had been misled. The 650 feels similar in acceleration to a larger bike and would not be embarrassed in a straight line contest against a Triumph Tiger 800 or BMW F800GS, for that matter. It handles with a nimble and poised feel, and was comfortable at speed on public highways. Crafar, as you might expect, led us down some gorgeous, twisted highways at peg-scraping speeds, and even with the rear tire sliding on weirdly slippery tarmac, the V-Strom felt predictable, smooth, and stable. Some of the journos seemed to feel that wheelies were mandatory after every stop, and one in particular was able to bring the front wheel to a nearly vertical position and hold it there for a hundred meters.

Suspension on the new V-Strom felt similar to the older model, which I rode briefly. It’s cushy and swallowed up road bumps comfortably, but allowed a stable ride at high speeds on good pavement. The new V-Strom can be equipped with adventure-type or more softly rounded urban-rider style saddlebags and tail trunk, and with the bags in place, there was some slight instability at speed, as if aerodynamic forces were moving the rear of the motorcycle around. That never became a real concern, though, even at speeds of 180 km/h and more. Without the luggage, the bike felt nicely stable at an indicated 200 km/h.

Suzuki held this launch in Croatia, I was told, because a Japanese test rider had said great things about the place. At times it seemed that they held it in Croatia because the police there (“Policija”) appear to be absorbed in something other than bothering speeding motorcyclists, but it’s more likely that Croatia was chosen for this launch because of what we noticed everywhere: beautiful, narrow, curving country roads, gorgeous torquoise water studded with islands, and exceedingly friendly people who speak English. And when we weren’t riding, thousand-year history embedded in the buildings of a downtown palace that contained streets and shops and restaurants where you could buy a Rolex and then go next door for a fish pizza. Rather than the backward, superstition-laden east European country I expected, Croatia was modern, companionable, and beautiful. It was, in fact, about as close to my preconceived notion of rugged poverty as the new V-Strom was to my unlikely idea of a Dakar wannabe or our road-racer guide was to the sand-in-his-teeth rallyist I thought he was. I have been wrong before (ask anyone), but I’ve seldom been so pleased with the method of my correction.

The roads in Croatia were made for a bike like the V-Strom 650, and the V-Strom seemed decidedly suitable for them.

Available in black, white and orange, the 2012 V-Strom 650 ABS will hit Canadian showrooms in October, says Suzuki. Pricing is TBA.