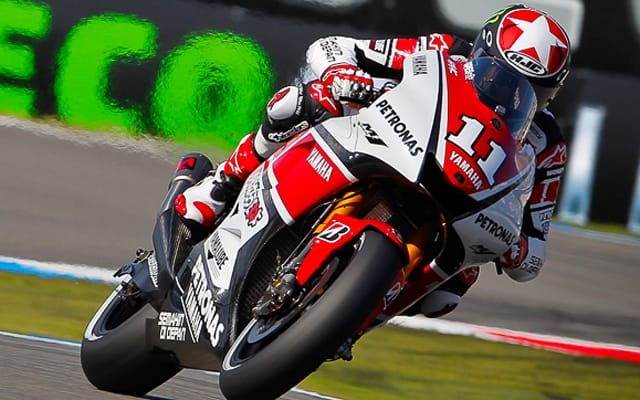 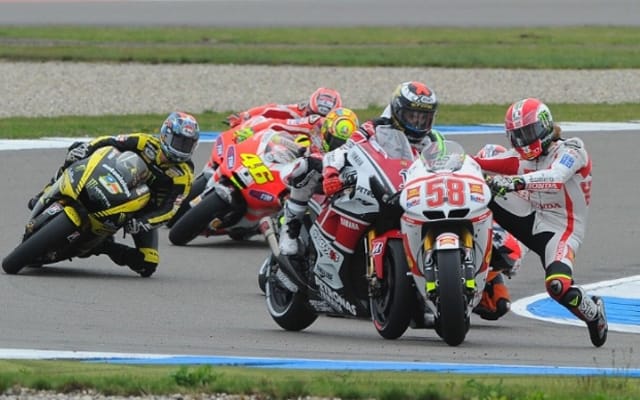 MotoGP: Spies Wins his First as Simoncelli Wipes Out Lorenzo

Spies’ team-mate Jorge Lorenzo however, was not in a celebratory mood after the race, calling for Honda’s Marco Simoncelli to be suspended. The controversy plagued young Italian rider, who won his fourth pole position of the season at Assen but has yet to stand on the podium, went down on turn three of the opening lap and took the defending champion with him. Both riders were able to remount and finish the race, Lorenzo sixth and Simoncelli ninth, but the incident allowed Repsol Honda’s Casey Stoner to ride to a relaxed second place finish and to stretch his championship lead over an angry Lorenzo to 28 points.

After the race, Lorenzo was once again openly critical of Simoncelli’s race manners.

“Sure he didn’t mean to bring me down but he doesn’t appear to think about things much,” said Lorenzo during an interview with Spain’s RTE television.

“I thought he had learned from the controversies he’s caused in the past but obviously not. He’s as careless as ever. It’s lucky that I wasn’t hurt, I’m okay and could get a few points in the end. I really think that if he doesn’t change his attitude he will hurt more riders in the future. If I was on the safety commission I would take away his licence for several races but I’m just a rider and have no say in the matter.”

Simoncelli has already been called before the racing commission once this season and reprimanded for a clash with Repsol Honda rider Dani Pedrosa during the Le Mans race  that has sidelined the Spaniard for three races now and ruined his chances at a title.

Simoncelli’s take on his most recent crash controversy was this:

“[T]he truth is that I was very naive. It was the first left hander, the asphalt was cold and, although I don’t think that I went in too hard to get past Lorenzo, I felt that I couldn’t hold back because I was third and close to the front two. There was time though, and I could have waited. I am unhappy to have caught Lorenzo up in my crash and can only apologize to him. The only consolation, small as it is, is that I was able to pick the bike up and finish the race and put down some good times despite having parts and pegs missing from the bike and the back of my helmet digging in.”

The next race takes place Mugello in Italy on July, 3.