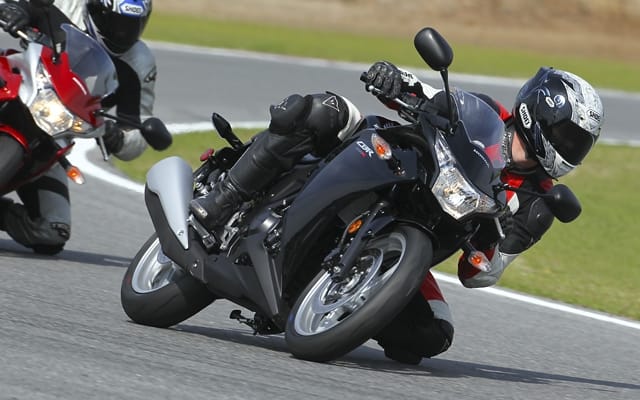 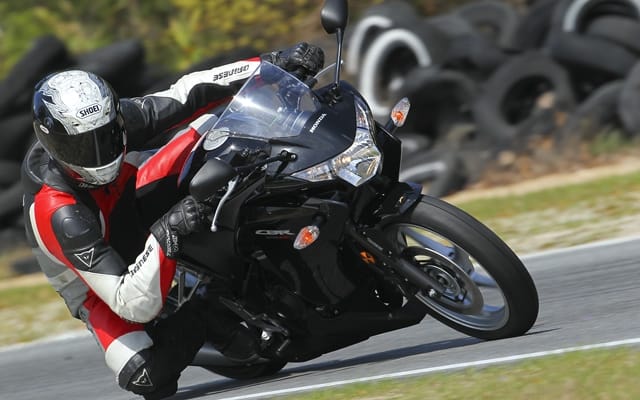 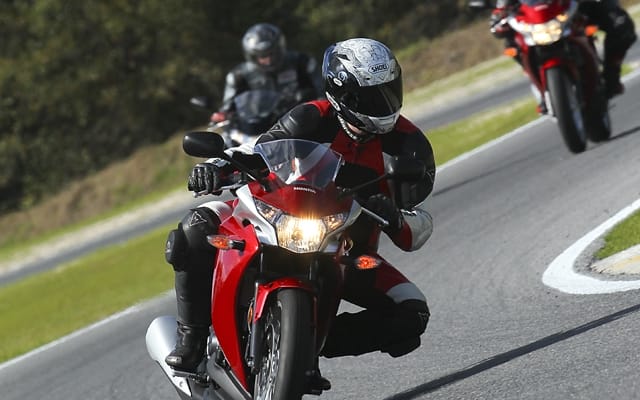 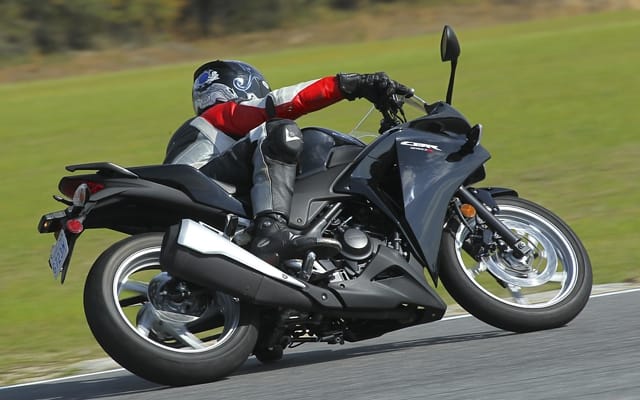 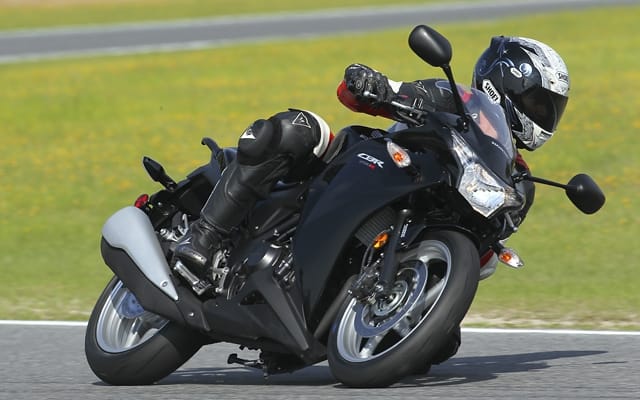 I look around the paddock. The usual suspects are there. Old man Bond from the Star, my former boss Costa, the slimmed down Colin Fraser and another former CC staffer. Disgraced columnist David Booth is absent with a broken fingernail or some similar battlewound. I don’t ever learn the real reason. There is also a mob from Quebec. It’s going to be a hard day.

I’m at a track day at Roebling Road racetrack in Georgia at Honda’s come-one come-all summer launch. Officially it’s a “closed course” test to allow hacks to evaluate braking or handling or whatever else you’re supposed to do on a closed course. But to me a racetrack means you race. And since we’re riding identical CBR250Rs, it means that the most skilful will prevail. Which is why I’m nervous.

We don’t officially race, as in when you line up and someone throws a flag. No, you suit up, warm your engine, and when someone rides past on the track that you think you can humiliate, you pounce. But I pounce on the wrong rider. His name is Michel Deslauriers, and he’s as thin as a chopstick. He doesn’t even have hair to weigh him down. I ride as fast as I can, but I can’t catch him. “Skinny little bastard,” I say inside my helmet, but as the laps accumulate I remain 10 feet behind him. No more, no less. I pull off the track to strategize.

I’m not afraid to ask for help. I ask Costa where he brakes for the first corner. “You don’t,” he says. I gulp, but I have my edge.I lie in wait for the skinny Frenchman, then accelerate and pull in behind him. On the next lap I hold the throttle open for the first corner, scream out loud, then sail past him into the lead. Three turns later he passes me back and we resume our 10-feet-apart routine for the next 10 laps. I am inconsolable.

Deslauriers, back in the pits, is obviously mocking me by being pleasant and chatty. “I’m a lot skinnier,” he says. “That’s the only difference, you’re a much better rider.” Great, he thinks I’m fat. But maybe he’s right, maybe I am a much better rider and he’s just skinny. Then I go back on the track and am passed by Costa (who is at least my size) and by Bertrand Gahel, who has the aerodynamics of a Porta-Potty.

As the day winds down I catch Deslauriers’s eye and nod toward the track. He nods back and we affix our helmets. I lead. He follows. He passes me. We resume the 10-foot gap. On three corners he lengthens the gap to 12 feet. On three corners I close it to six feet. When technique fails desperation is the answer. Calmly, I make the decision that I will ram him out of the way by not braking for a slower corner. Later, in the pits, or on the way to hospital, I’ll refer to it as a “racing incident.” I pick my best corner, a hard right. But when we arrive on the next lap I don’t do it. What if he is a nice guy? What if he wasn’t mocking me? We pull into the pits. He’s grinning mischievously. The track session ends. I’ve been played for a fool. Next time, he’s going down.