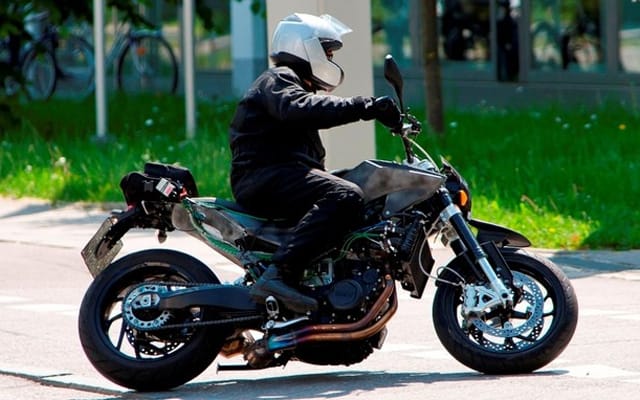 Turns out that what we yesterday called “spy photos” of the all-new Husqvarna 900 were actually official images released by the manufacturer to select press outlets, i.e. the beginning of yet another teaser campaign. On the heels of their faux spy pictures, the Italian based German-owned company has also now released a video of Husqvarna design head Raffaele Zaccagnini talking about the design concepts behind Husky’s first street bike. Watch it below.