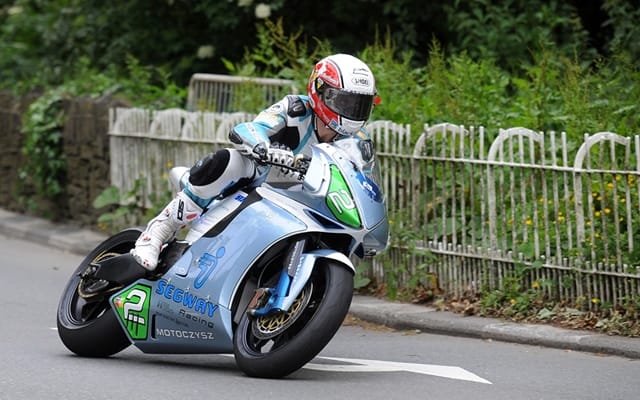 Michael Rutter rode the MotoCzysz E1pc to victory yesterday in the 2011 Isle of Man TT Zero, but fell just 0.396 mph short of cashing in on the £10,000 bonus for posting the first-ever 100 mph average lap around the mountain course on an electric motorcycle.  The veteran TT racer did though manage an impressive top speed of 149.5 mph on route to victory.

On finding out he’d narrowly missed doing the ton, Rutter said, “99.6mph – that’s the story of my life. I tried to conserve battery life and stay smooth. It’s a totally different way of riding but I really enjoyed it. We only saw the bike on Wednesday, so I think if we had more time there would be more to come set-up wise.”

Of the eight bikes that started the 2011 TT Zero, only five officially finished.