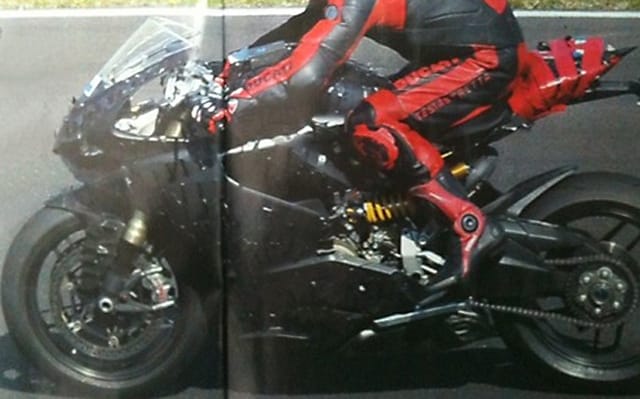 We’ve been given a glimpse of Ducati’s all-new  superbike courtesy of Moto Sprint magazine. The latest issue of the Italian publication features spy shots of the fully redesigned machine taken during a track test last week at Mugello. Known (for now) as the Superquadrata — a reference to the ultra short stroke dimension of its all new V-twin engine — Ducati’s 2012 superbike is radically different in design than its predecessor. Gone is the 1198’s steel trellis frame. From the photo it looks like the Superquadrata’s front chassis section and swingarm are both connected to the motor — resulting in a rumoured 20 lb. weight reduction and improved handling. Also of note is a belly pan exhaust, as opposed to under the seat canisters, and a horizontal rear shock.

It’s expected that Ducati will officially unveil the Superquadrata (or whatever they’ll call it) at EICMA in Milan this November.