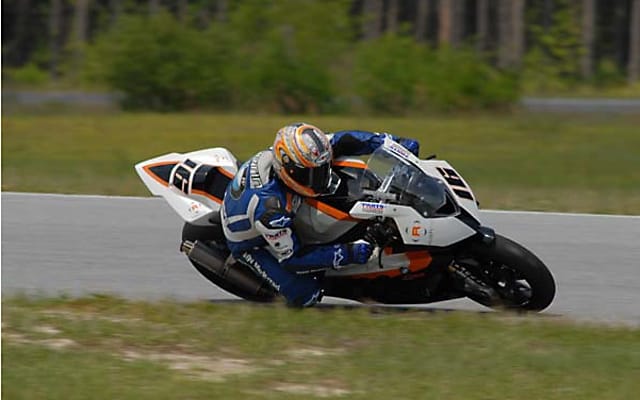 After being replaced  by teenage upstart Brett McCormick on the BMW Motorrad Canada factory superbike team for 2011, two-time Canadian Superbike champion Francis Martin has found a ride with a brand new outfit. Couturier Racing has announced that Martin will compete in this year’s superbike championship on their BMW S1000RR. The team is  owned and operated by Stephane Couturier of Acier St. Michel in Laval Quebec, and technical support is provided by Jamie Bruines of Propulsion, a new motorcycle performance center based in Magog, Quebec. Couturier, a newcomer to racing, will himself be campaigning a Ducati 1198R in the amateur superbike category under Martin’s tutelage.

Martin who narrowly missed 2nd spot in the 2010 championship after a fall during the last round, says he intends to use his year of experience on the factory S1000RR to his advantage in retaking the crown this season.

The first round of the 2011 Canadian Superbike Championship Series takes place this weekend a Circuit ICAR in Quebec. Practice begins on Friday. Qualifying is set for Saturday and all races in all national classes except the Honda CBR125R Challenge will go Sunday May 29.