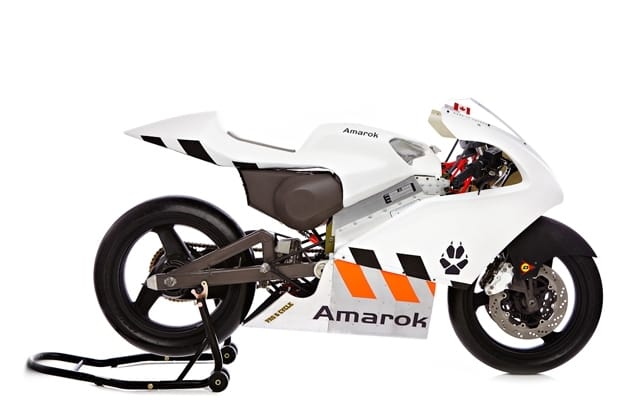 The Amarok P1, Michael Uhlarik’s super-light, super-cool electric superbike, was designed and built in the barn behind his Lennoxville house. This June he’ll unleash the P1 on the track in the TTXGP North America e-racing series, but first he needs your help. Uhlarik and his team have created a contest calling out to any interested engineers or CAD technicians to come up with a better triple clamp design. The P1’s current triple clamp is repurposed from a late model Kawasaki. Whoever can create the lightest, stiffest solution using Amarok’s specs will win an iPad 2, and of course, bragging rights.