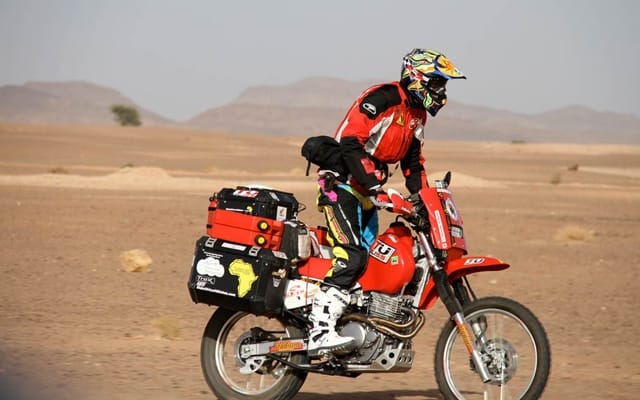 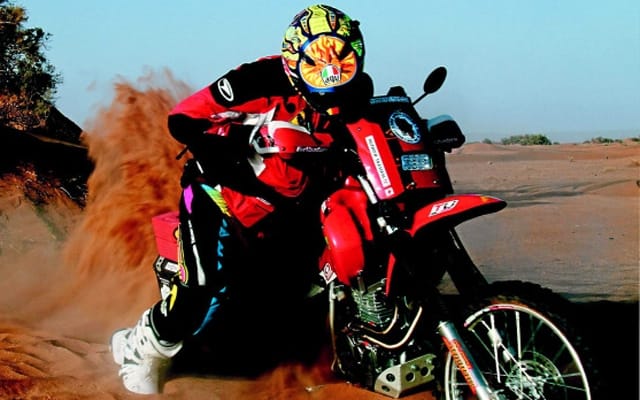 Back in December we told you that after, in 2010, becoming only the 4th Canadian to ever finish the Dakar Rally, Patrick Trahan was about to embark on a 25,000 kilometre motorcycle circumnavigation of Africa to raise money for the Children’s Wish Foundation. Well, Trahan did indeed begin his proposed record-setting, 26-countries-in-60-days African journey on March 31, 2011, in Morocco. Unfortunately his ride ended very suddenly 24 days later in Nigeria, when a pickup truck drove into his lane and hit his Honda XR650L head-on at 120 km/h, catapulting him, not just off of his bike, but out of his boots. The good news is that Trahan is still alive and now recovering in a Johannesburg hospital.

Blogging from his hospital bed, Trahan begins his recollection of the accident’s aftermath by writing, “I was laying down on the ground and I said to myself, ‘Oh boy, I am in big shit now.'”

Apparantly witnesses to the accident couldn’t even believe he would still be alive, as it was a while before anyone came forward to help the injured Canadian. “Some people thought I was dead for sure. So I moved around to show them I wasn’t dead,” Trahan told the Globe and Mail.

Trahan suffered numerous fractures to his left arm, hand, pelvis, leg, and foot but miraculousy sustained no internal injuries. After being taped up with cardboard splints in a Nigerian clinic, Trahan was airlifted to a state of the art hospital in Johannesburg, South Africa, where, after having undergone two surgeries to put his broken bones back together again, he is now fighting with his insurance company to fly him back to Canada.

“So the dream stops here and I am sorry for all of you who supported me and were counting on me to finish the tour,” Trahan wrote in a recent blog post. “But I will get back on the bike and finish it. I will continue the fundraising when I am at home… I am a warrior, I never give up!”

Before the crash Trahan had ridden over 4,000 km and raised almost $4,500. He is still accepting donations at rideafrica4wishes.com.