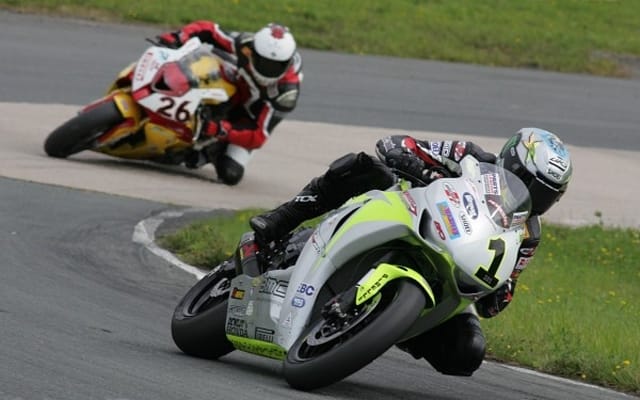 It’s just been announced that High Fidelity HDTV’s ‘Risk, Adventure, Danger’ channel radX will be presenting coverage of the Canadian Superbike Championship this year. And some of it will be in 3-D!

Championship organizer Frontline CSBK Inc. says that the national motorcycle road race series will be featured in a minimum of 12 half-hour time slots in prime time on Monday evenings as part of radX’s Motorcycle Monday’s programming. The Monday evening line-up will also include season two of the documentary ‘Ultimate Superbike’, a behind the scenes look at the BMW Motorrad Canada factory Superbike team.

The half hour Canadian Superbike Championship programs will include flag-to-flag coverage of at least five of the seven races in the feature Pro Superbike class, with the remainder of the programming divided among the national support classes, says the announcement.

The Canadian Superbike Championship coverage will also feature the use of 3-D technology, including 3-D on-board cameras.

“We are going one step further with the use of 3-D technology,” said David Hatch, who along with his partner Stacey Hatch is an executive producer at Whistlestop Productions, the company that, in partnership with Professional Motorsports Productions (PMP), is responsible for creating the programs. “This is one of the first examples of 3-D being used in a national championship venue and it is nice to see Canada leading the way in this area,” said Hatch.

“This new arrangement with radX will be a tremendous benefit to racing fans and motorcycle enthusiasts,” said PMP’s Colin Fraser. “Now viewers will know there is a dedicated time every week they can get their fix. They won’t have to hunt around looking for the racing coverage.”

The Canadian Superbike Championship by Parts Canada opens May 27-29 at Circuit ICAR near Montreal.