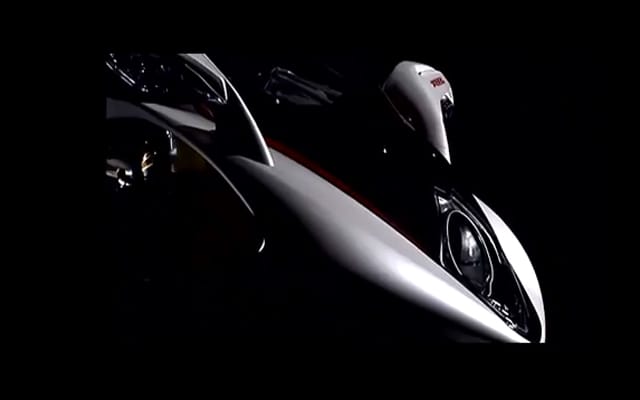 MV Agusta have released a teaser (below) for their upcoming F4 RR. From the video one can see that the RR upgrades the regular F4’s Sachs suspension to Ohlins components and that its new “Corsocorta” (short-stroke) engine puts out a claimed 201 cv or 198bhp — 10bhp more than the stock 2010 F4 mill. Official pictures and full specs are expected next week, so stay tuned.