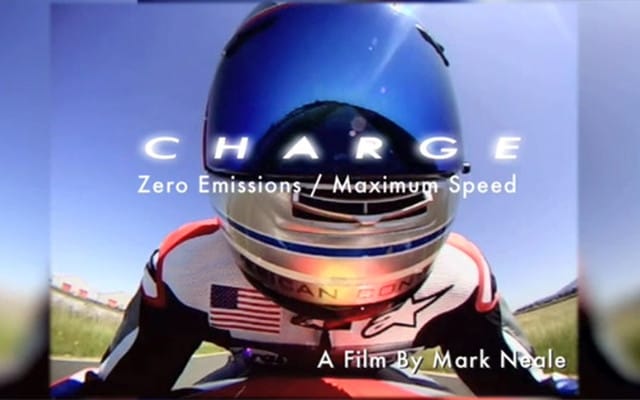 Last year we told you about Charge, a new documentary (by Mark Neale, maker of the MotoGP movie Faster) chronicling the first ever electric motorcycle race at the Isle of Man TT, the 2009 TTXGP. Now comes word, via the film’s Facebook page, that Charge will be released “in just over a week.” Facebook fans are asking for more details but that’s all the information being provided at this point; no concrete release date and no mention of whether it’ll be in theatres, on TV, on the web, or straight to DVD. It could be that this vague tease is part of the filmmakers’ marketing strategy, but perhaps the petrol-head opposition to battery powered superbikes, evidenced in the film’s new trailer (below), is so prevalent that it’s making it difficult for the film to find exhibition venues. We hope it’s the former.

Here’s the the official Charge synopsis:

The movie follows several teams to the world’s first zero-emissions grand prix on the Isle of Man in 2009 and on their return in 2010.For the visionaries, this is history. For the petrol-heads its blasphemy. What is racing without the sound and fury of internal combustion engines?CHARGE is about the future. It’s about change. It’s about the dream of a clean, green world. It’s about the dream of winning. CHARGE is proof that maniacs on motorcycles can be a force for global good.