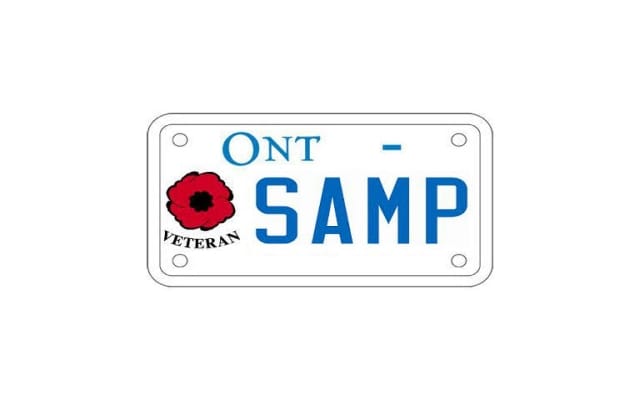 The Ontario government has announced that veterans can now acquire a veterans’ licence plate for their motorcycles. Ontario riders who have served at least three years with the Canadian Armed Forces will be eligible to receive the plate.

There are already more than 34,000 veteran passenger vehicle plates in Ontario, and the new motorcycle plate, featuring a red poppy with the word “veteran”, continues government initiatives to publically recognize the commitment of our Armed Forces members, says the announcement.

Ontario veterans can get the plate free of charge at ServiceOntario locations, though they will have to pay a $5.00 administration fee charged by the Royal Canadian Legion to verify eligibility.