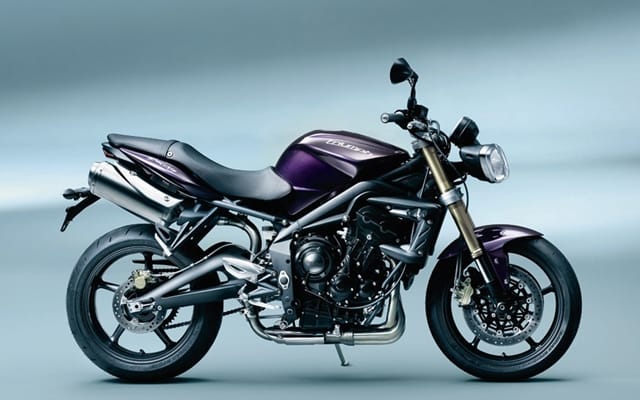 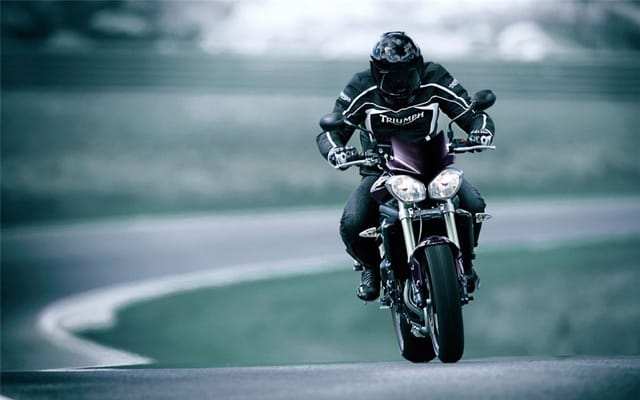 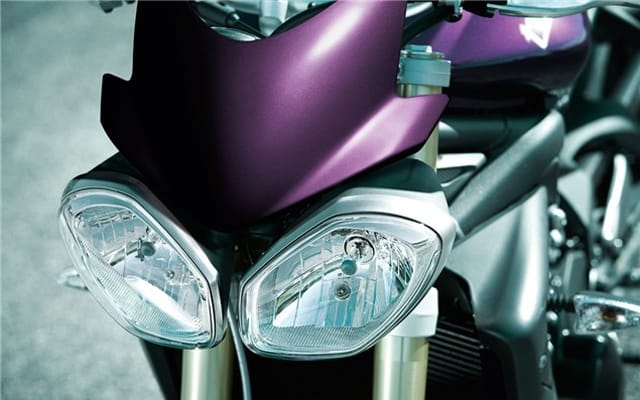 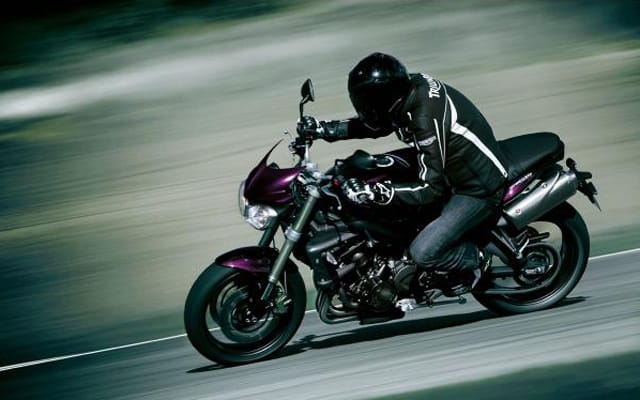 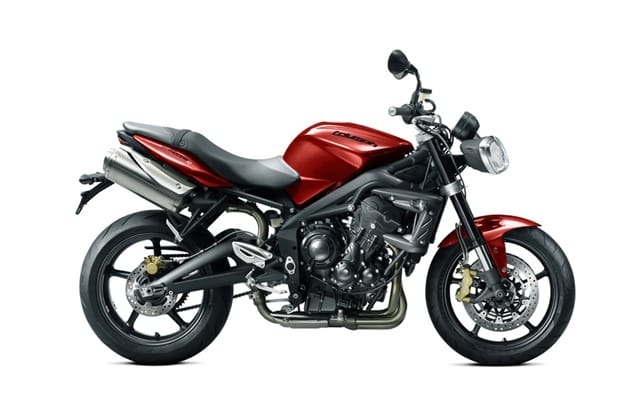 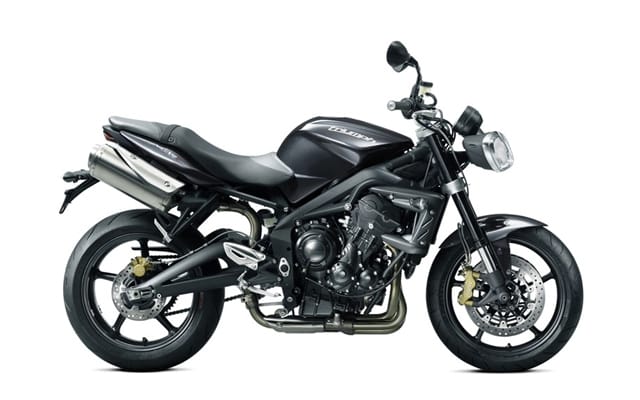 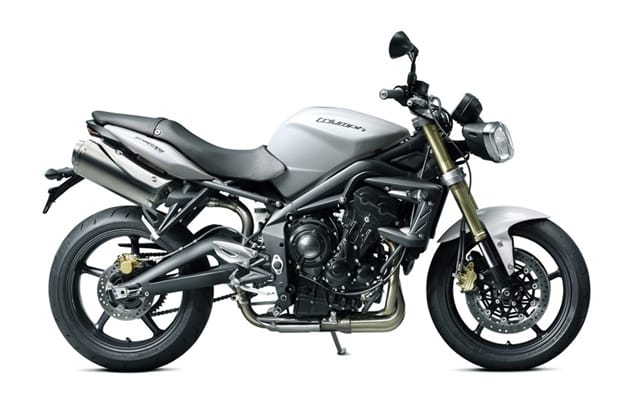 Thanks to moto.caradisiac.com official photos of Triumph’s 2012 Street Triple have shown up on the web. According to the French publication, Triumph unveiled the early 2012 model at their new store on Avenue de la Grande Armée in Paris recently. Triumph’s middleweight naked retains the same 675 cc engine and chassis specification as previously. The updates are primarily to styling: new headlights (borrowed from the 2011 Speed Triple) , the inclusion of the Street Triple R’s aluminum handlebars on the base model, a new engine case cover, and new colours that include vibrant purple. The French say pricing is to remain the same as for the 2011 model in Europe, so hopefully that will be the case here as well. We’ll let you know about the machine’s arrival in Canada, as soon it’s announced.