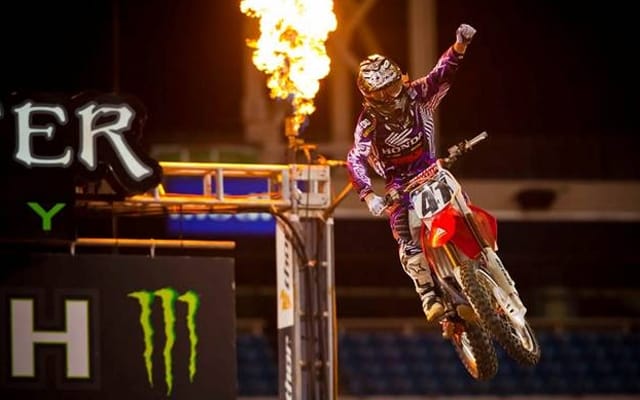 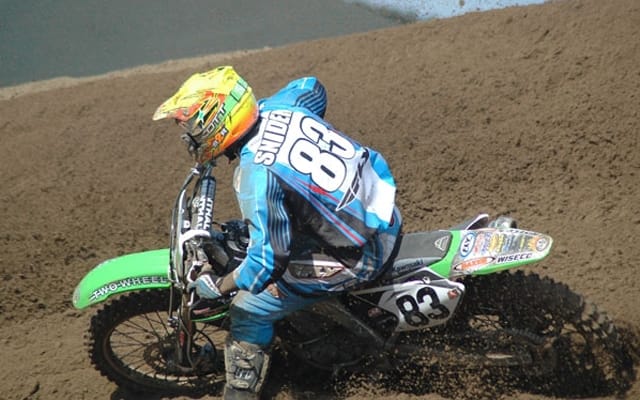 The 2011 AMA Supercross championship rolls into Toronto this weekend. Race 12 of 17 will take place at the Rogers Centre, the only non U.S. venue in the series, on Saturday, March 26. All eyes will be on reality TV star and 2009 SX champ, James Stewart, back this year after sitting out the 2010 season with a fractured wrist. Stewart is currently fourth in the standings after missing a chance in last week’s Jacksonville Supercross to close in on top spot. Coming into the Florida race with three consecutive wins, points leader Ryan Villopoto crashed and didn’t qualify for the final. Stewart qualified easily, but also crashed, quite heavily, during the main event, and was carted off on a stretcher without any points to add to his total. The rumour mill says Stewart will be riding hurt in Toronto, though on Monday, the motocross star tweeted that he was “feeling very sore but moving around better now”. Trey Canard won the Florida race and now sits just four points behind Stewart. Defending champ Ryan Dungey currently sits third, five points ahead of Stewart, while two-time Supercross champion Chad Reed is just seven points back of top spot, in second. Six races remain in the season and the top five riders all still have a mathematical chance of taking the title, so the racing on Saturday should be intense.

And for those looking for some homegrown talent to cheer for, Ontarian Josh Snider has confirmed that he’s entered to race in the SX class. Watch for the #926 Redemption Racing Kawasaki.

Check out supercrossonline.com for full info.