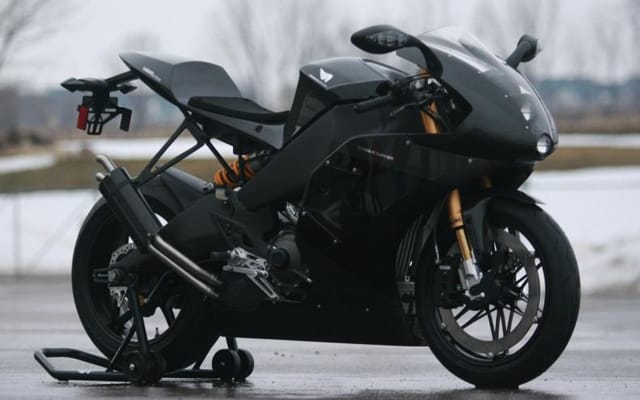 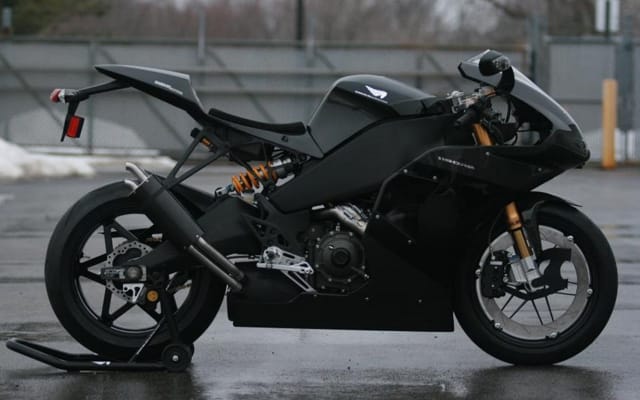 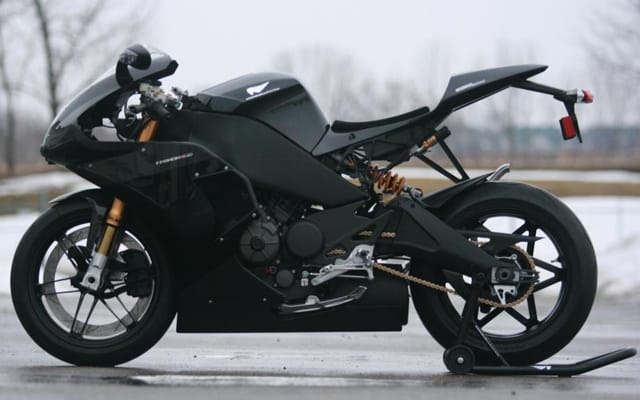 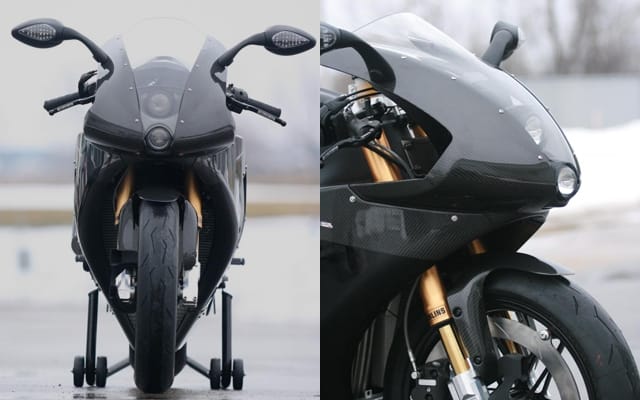 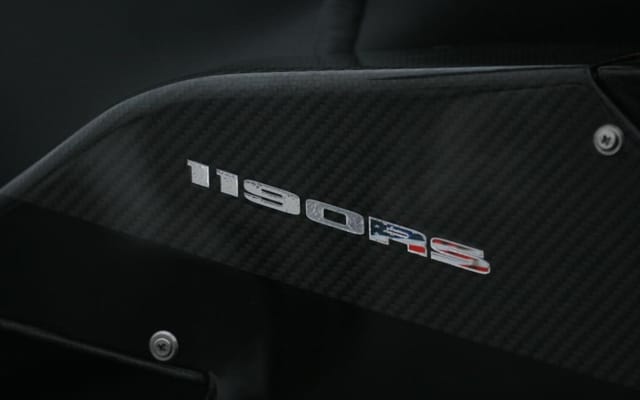 After teasing us with partial images of the 1190RS on Facebook, pictures showing all of Erik Buell Racing’s new street-legal supersport have now been released. The bike, making its debut this weekend at the Indy Dealers Expo in the U.S., is officially called the 1190RS Carbon Edition. According to EBR it’s a premium limited run model being produced so they can homologate the 1190RS for racing. Power figures are not available, but the race-ready EBR 1190RR, which the RS is based on, produces 185 hp, so it’s expected the RS will make around 10-15 horsepower less. The motorcycle features substantial carbon fibre bodywork and newly designed super light magnesium wheels, and is said to be so svelte that its optional race kit comes with ballast to help meet minimum weight requirements (AMA Pro Superbike spec is 380 lbs with all fluids but fuel).

EBR has also just announced a three-year sponsorship deal with Amsoil which means Geoff May will being riding again for them this year in the AMA Pro Superbike series. According to EBR he’ll begin the season at Daytona on last year’s 1125RR but should be riding an 1190RS in time for the Infineon round in Sonoma, May 13-15.

Pricing 1190RS Carbon Edition has yet to be announced but company head Erik Buell has said it will be in the $40K range. EBR has plans for a more affordable version down the road.