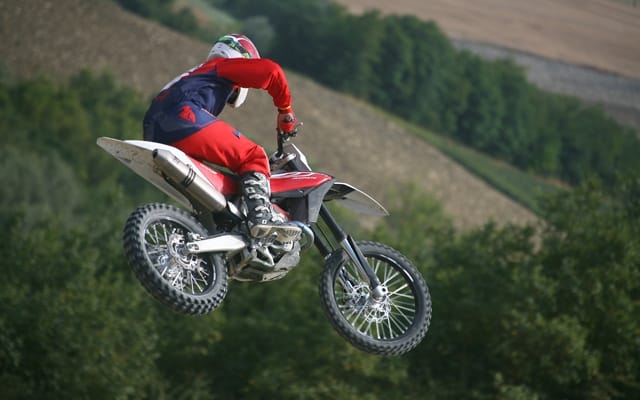 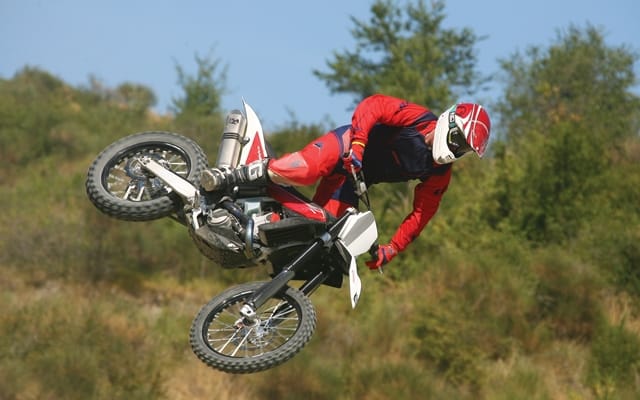 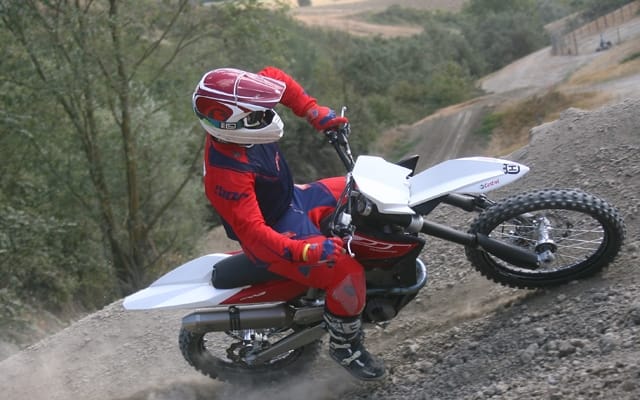 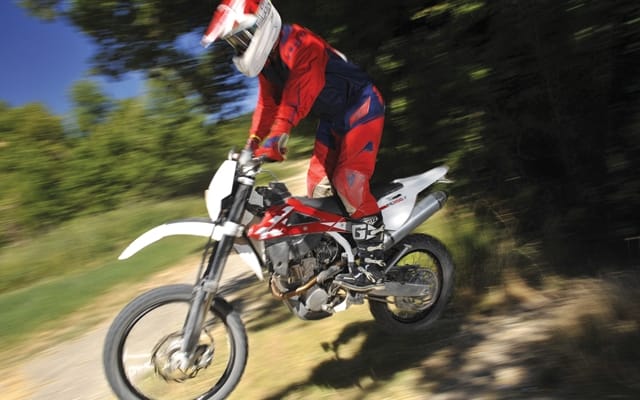 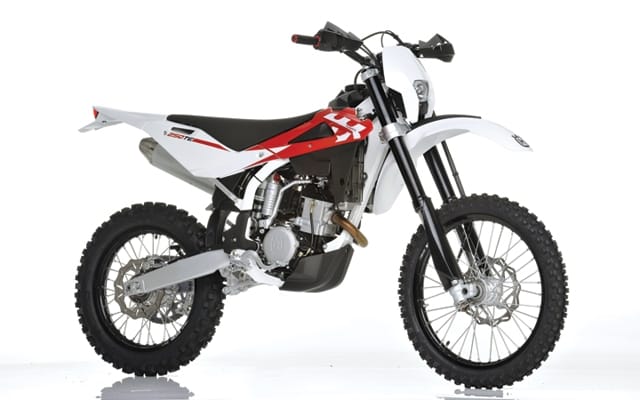 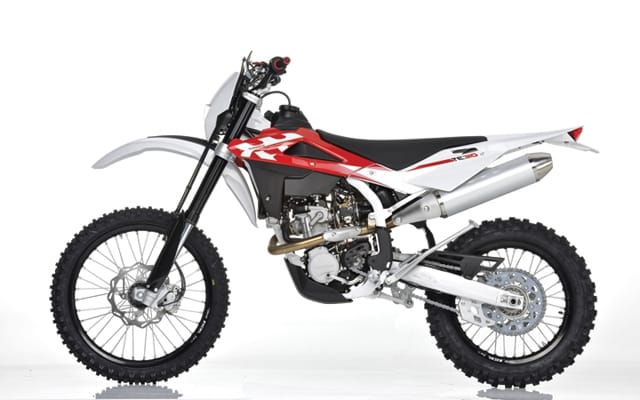 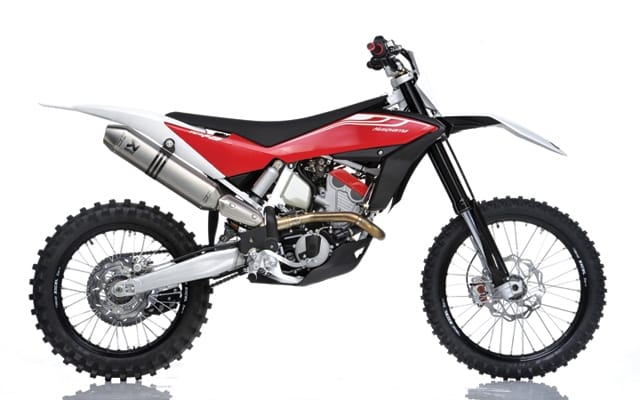 Chris Pomeroy was so happy to be in Italy riding in the dirt that he would have sung the praises of an oxcart. Luckily he had something better to ride.

A year ago I travelled to Italy for the launch of a Husqvarna Supermoto. The combination of the words “Italy” and “motorcycle” in one sentence should tell you how enthused I was to return for yet another Husky launch. This trip started off much like the last one: a long flight to Germany and then a short connector to Italy. Only this time, instead of flying to Milan, I flew to the small city of Ancona. From there, I met up with journalists from the U.K. and we drove 25 minutes north to the city of Fano and the Hotel Siri. Fano is a picturesque beach city located on the Adriatic Sea, with the sea to the east and wine country to the west. So far, so good.

Husky was introducing both enduro and motocross machines. On the enduro side of things, Husky had the TE250 and TE310. The lone motocross representative was the TC449. After the introductions and presentations, it was finally time to go riding. As usual when you have multiple bikes to test, the day is split into two. My morning would be spent with the Americans riding the enduro machines on a course built specifically for this launch. The first machine I swung my leg over was the TE250, a featherweight fuel-injected four-stroke with instantaneous and precise throttle response. Since the TE250 and the TE310 share a number of components, the transition to the more powerful machine was an easy one.

For an hour I went back and forth between the 250 and the 310. Both the TE250 and TE310 come with a Kayaba fork and Sachs shock. Over the rough terrain the suspension worked well and the bikes’ balance was flawless. An added perk of riding at a launch was having technicians from KYB and Sachs on hand to answer questions and assist in setup issues. Standard features on both bikes were Brembo brakes, hydraulic clutches, non-slip seat covers and, best of all, electric start. Even though I’m a life-long motocross guy I was able to fly through the woods without hitting a tree, a fact that the Husky mechanics undoubtedly appreciated. After a traditional Italian lunch (minus the red wine,of course) the time had come that I had been waiting for. It was time to hit the motocross track on the TC449. The racetrack was a true European type track, with steep hills, huge (but safe) jumps and high-speed corners. The first thing I noticed about the TC449 was its striking looks — the Italians certainly know how to style a motorcycle. While the bike has top-shelf components, just like the morning’s enduro machines, it was the chassis that startled. To improve handling, Husky located the rear shock linkage on top of the swingarm instead of under it, where it usually resides.

Another oddity was the location of the fuel filler cap, which is behind the seat and which feeds a centrally located fuel cell. This allows the seat to extend all the way to the steering stem, inviting the rider to move forward for precise cornering. Another clever engineering solution is the CTS, or Coaxial Traction System, which is just a fancy way of saying that the gear-box output sprocket is on the same axis as the swingarm pivot, which eliminates the variation in length of the drive chain during rear suspension movement, which in turn allows a longer swingarm to improve traction while maintaining a compact wheel- base. Power comes from a twin-cam engine tilted forward to allow a long and straight path for the fuel-air mixture to follow.

But enough of the manufacturer’s claims; how did this all work in the dirt? As mentioned, the track was fast and flowing, with large jumps and hard-packed dirt. The first thing I noticed was the ultra-smooth delivery of the TC449’s impressive power. Within a few laps, the TC449 felt very comfortable both in the air and in the corners, and the KYB suspension worked very well, aided as it was by the consistent balance from the new chassis. Choppy bumps on a hard surface revealed that the engineers’ efforts to centralize the mass were effective, as the bike was stable and resisted fore and aft pitching. By all accounts, Husqvarna achieved what it set out to do with its trio of new motorcycles, but the truth won’t be revealed until the bikes are used in real competition. It’ll be worth watching.