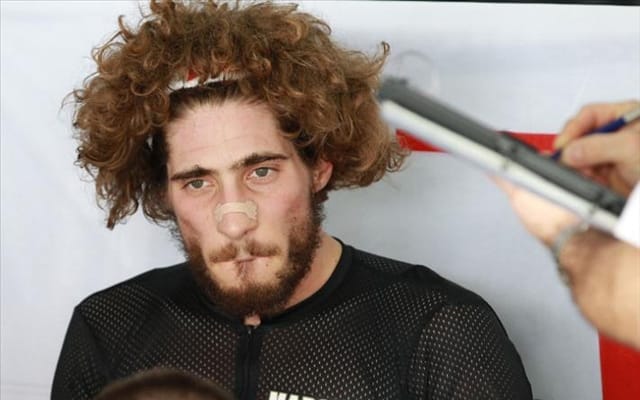 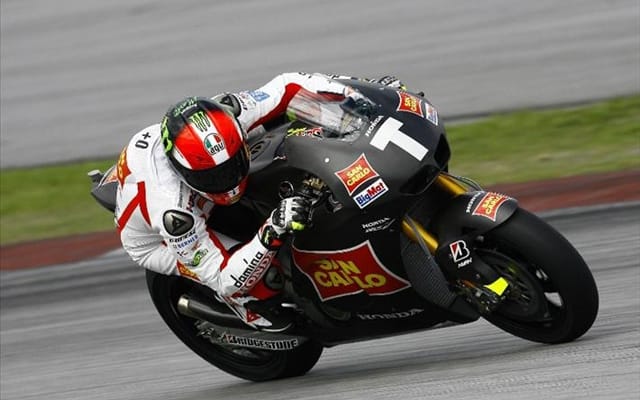 Satellite Honda rider Marco Simoncelli (a.k.a. Super Sic) topped the final day of the Sepang MotoGP test and continued Honda’s dominance of the first official test of 2011. For the third day running a Honda rider was at the top of the time sheet, with five of the six Hondas on the grid finishing in the top eight.

Today’s result is an impressive achievement for Simoncelli and his satellite San Carlo Honda Gresini team, considering his performance during both days of testing at the same track last year left him in last place and was topped off by a trip to hospital after a heavy crash. After being fourth and fifth fastest on the first two days, the wild-maned Italian took control of day three on only his second lap, posting a 2′ 0.757″ time — the fastest of the entire test and unassailable by the other 19 riders; though Casey Stoner, after recovering from an earlier crash, did come within 0.054″ of Simoncelli in the latter part of the day to place second. Defending champion Jorge Lorenzo was just 0.034″ behind Stoner, while Andrea Dovizioso and Ben Spies rounded out the top five.

Though technically on a satellite Honda team, Simoncelli is now classed as an official HRC rider in his sophmore MotoGP season. And he was clearly happy about his vast improvement over last year’s Sepang test results, saying, “Well, I’m glad to have gone 360 degrees. The team worked perfectly with the new team members. Everything has turned to perfection. We all improved, I, for one, and the guys working on the bike and I am convinced that this year we will be there.” Of course, this is the first test and I don’t want to get too hyped up, so we must continue to work with our feet firmly on the ground.”

The second of the three 2011 pre-season MotoGP tests will be held back at Sepang on February 22-24.