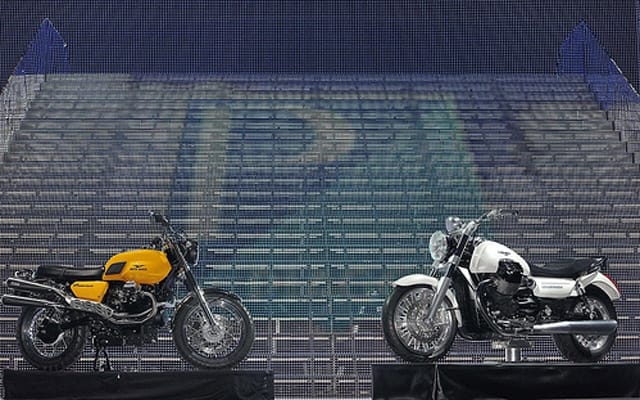 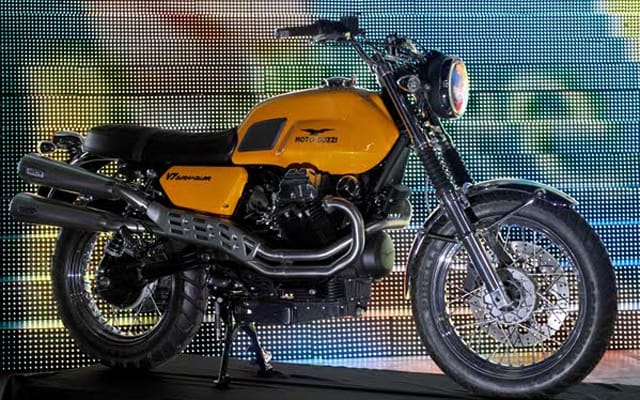 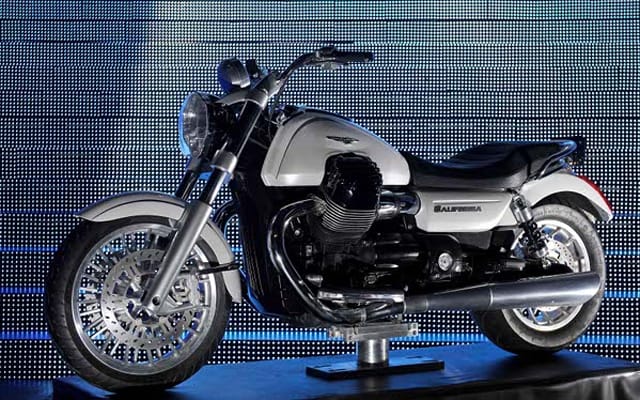 In response to the low resolution images of the 2011 Moto Guzzi V7 Scrambler and Moto Guzzi California that were leaked on to the web last week by an attendee of Piaggio’s annual dealers meeting, the Italian firm has released slightly better photos taken at the same conference and issued a brief statement with some details on the new models. While the V7 Scrambler is another variation of the company’s V7 Classic, their re-styled for 2011 California prototype is, as speculated, powered by an all-new 1400cc transverse V90 twin-cylinder engine (looks to be air cooled from what we can see in the picture) and, according to Piaggio, also features new wheels, brakes, suspension.

More details as they arise.