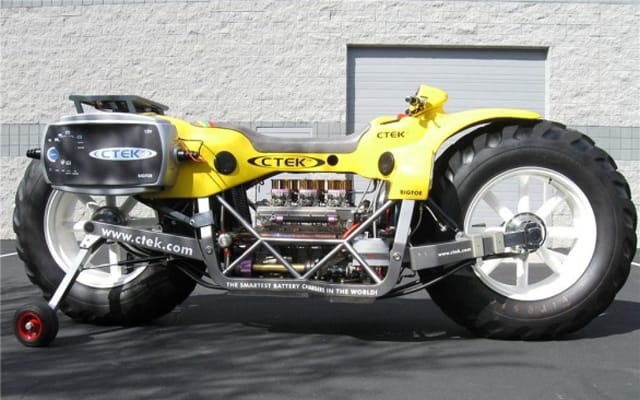 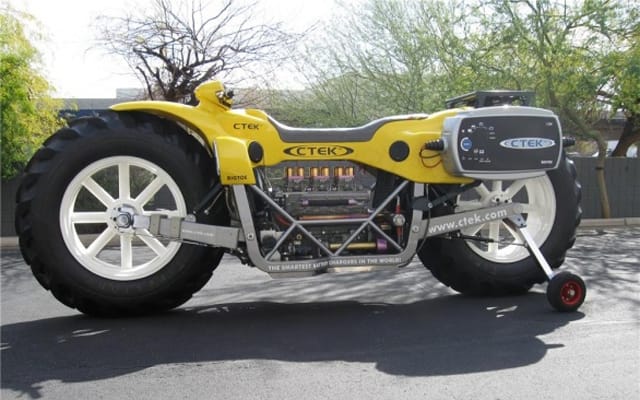 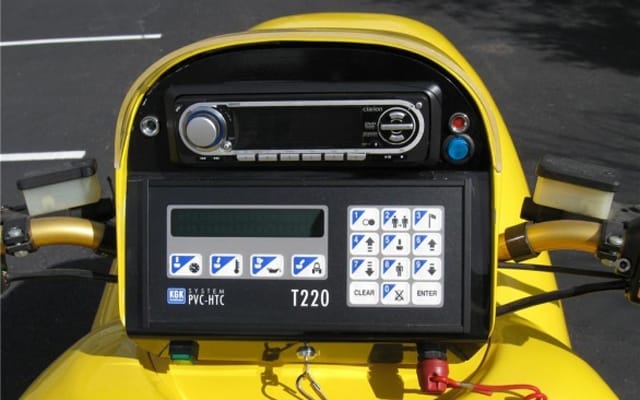 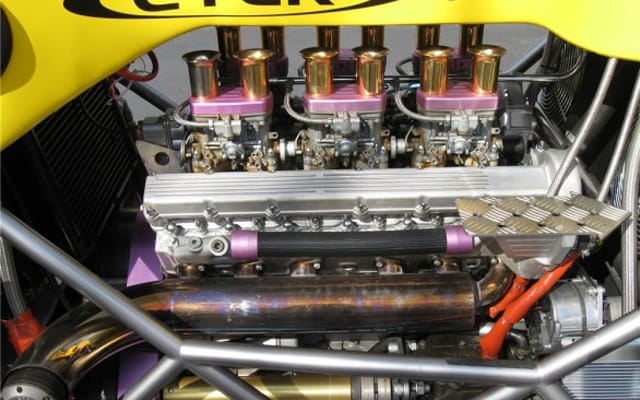 What is a World Record-Sized Motorcycle Worth?

How much is what was until 2005 the world’s tallest rideable (as long as there’s training wheels) motorcycle worth? The quick answer is: As much as someone is willing to pay for it. The amount that someone payed is revealed at the end of the video below.

The 1999 Big Toe motorcycle took Swede Tom Wilberg five years to build and, according to sponsor Smarter CTEK, an investment of over $100,000 in parts. Powered by a 5.3-liter V12, 300hp Jaguar engine, Big Toe is 2.3 metres (7.5 feet) tall, over 4.9 metres (16 feet) long and weighs more than 1.6 metric tonnes (3,600 lbs.) The monstrosity was sold to the highest bidder on Saturday during the 2011 Barrett-Jackson Auction held in Scottsdale, Arizona. Watch the full details below.