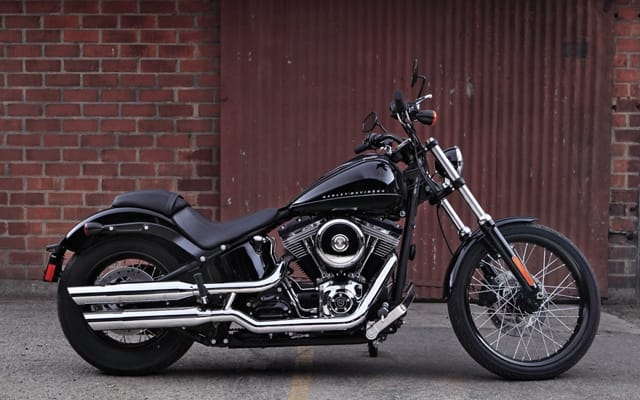 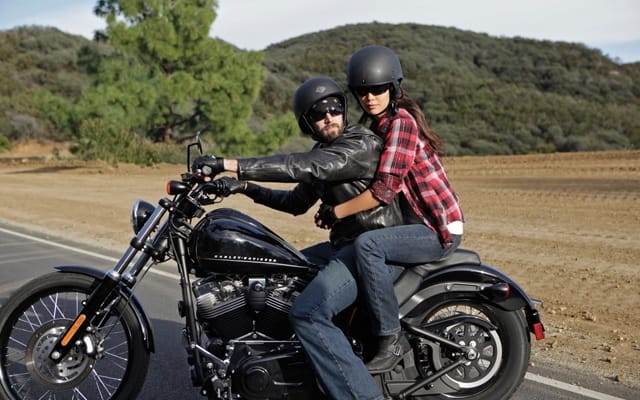 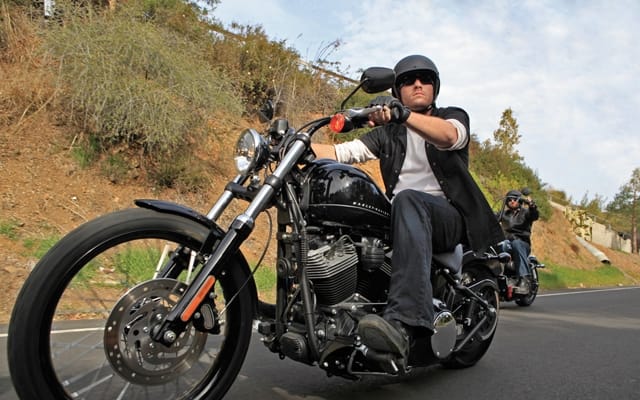 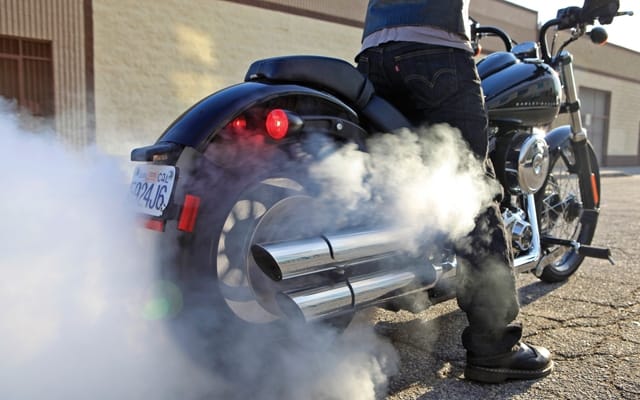 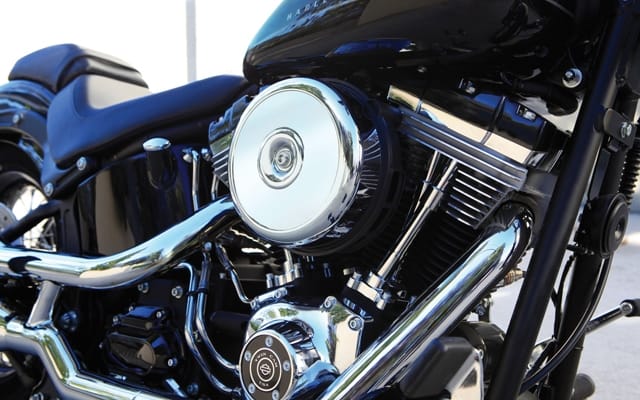 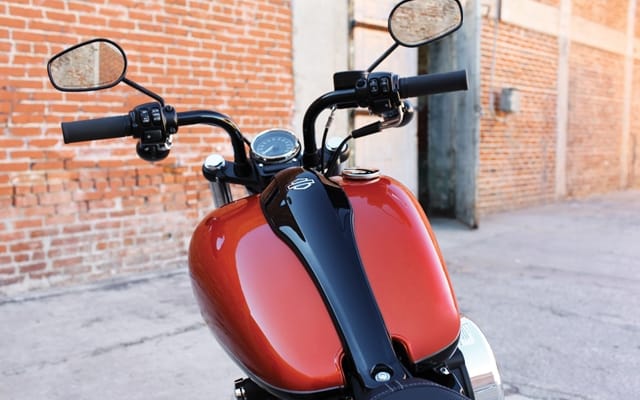 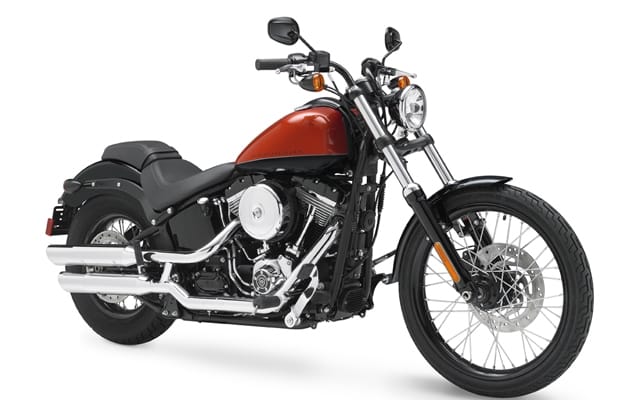 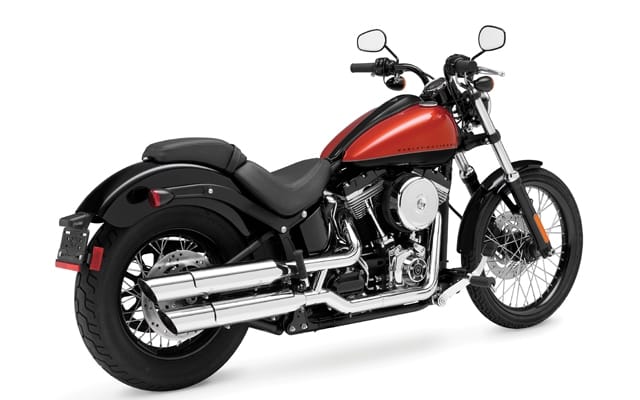 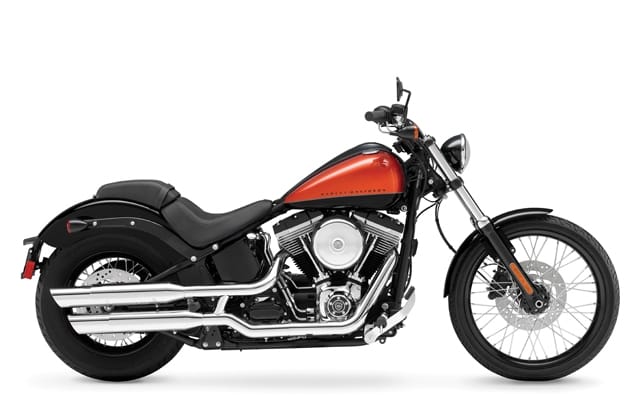 Harley-Davidson has released the Blackline,  a new stripped down bobber-style motorcycle based on their Softail platform. “Visual elements of the original bobber movement are combined with the raw, hand-hewn style embraced by today’s young builders,” says H-D’s announcement. Translation: The Blackline is meant to appeal to a younger, hipper, retro-loving crowd. You’ll notice in the promo shots that it is skinny 20-somethings riding the new Harley and even going so far as to doing burnouts.

The Blackline receives Harley’s blackened component Dark Custom treatment along with such stylish features as an asymmetric gas tank (filler cap is on the right half) and internally wired, split drag handlebars that protrude directly from the triple clamp. The Blackline’s 610mm seat height (laden) makes it Harley-Davidson’s lowest two-up model and the bike’s  $17,149 price tag makes it their the lowest priced Softail.