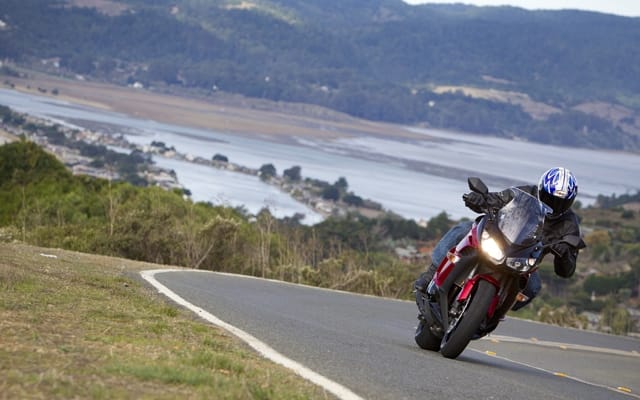 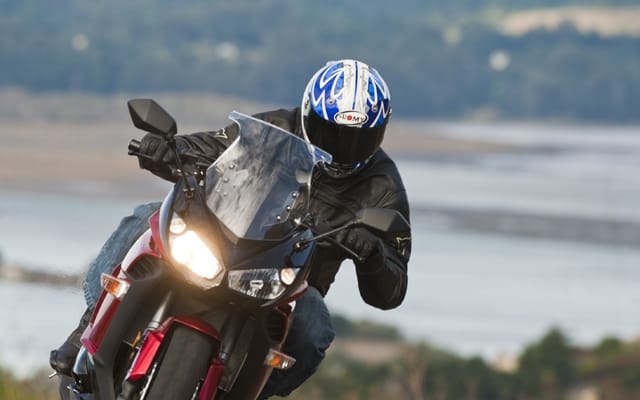 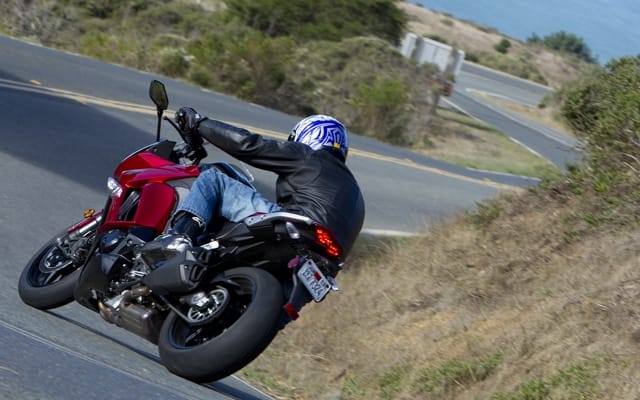 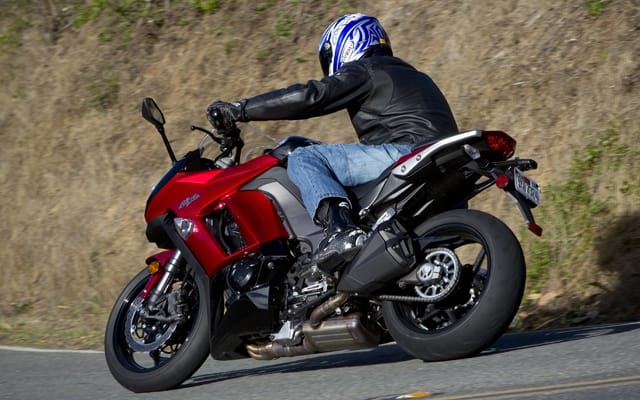 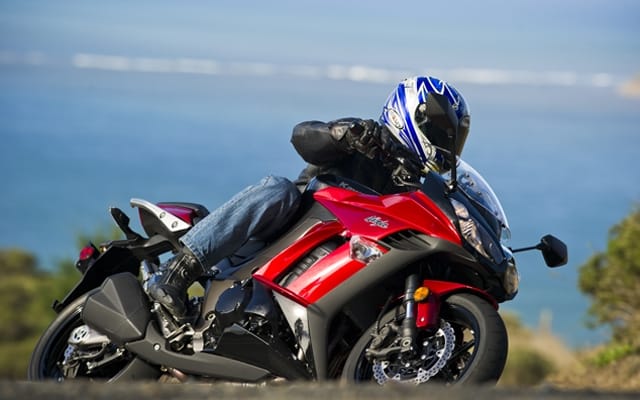 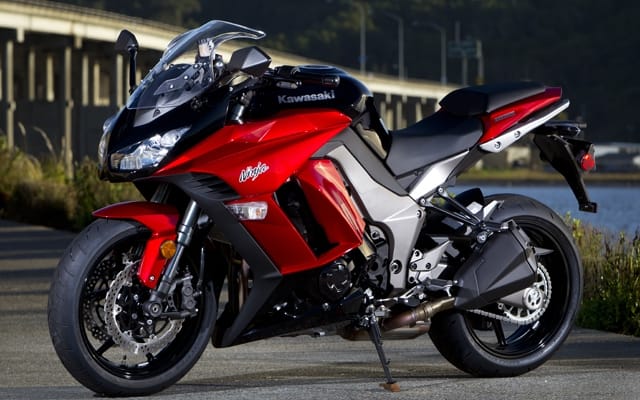 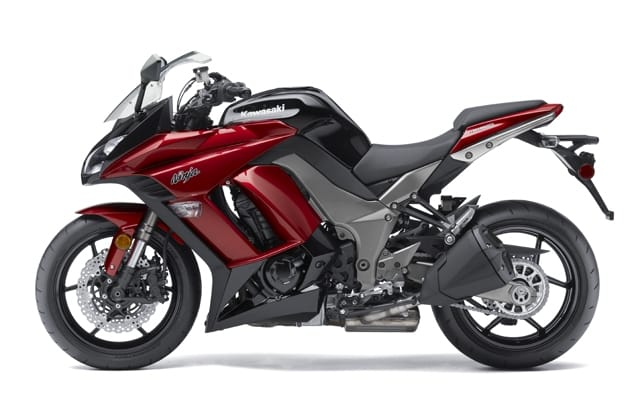 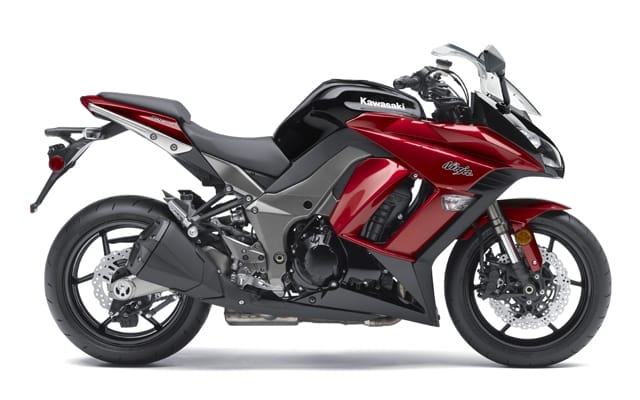 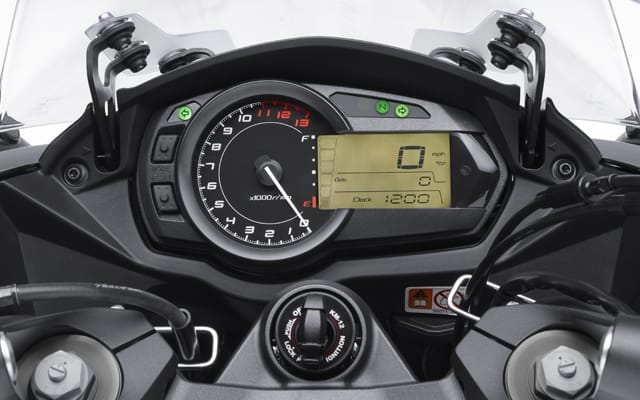 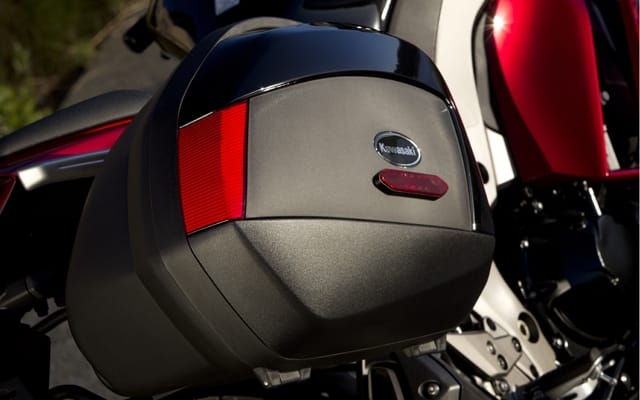 If the thought of the ZX-10R on a public roadway seems absurd, Kawasaki has a new sporting mount to tempt pragmatists.

I have a quintessentially West Coast moment in the town of Fairfax, California, while test riding Kawasaki’s Ninja 1000. As I’m taking off my helmet in anticipation of lunch, an attractive young woman accosts me and asks if I will ride down the town’s main street and give her a high-five for the benefit of her companion’s video camera. I read her business card. She is Sara Lahey, of the Hunting Happiness Project (“may you never exhaust your search” reads the tagline). As I am about to politely decline, I remind myself that as a documentary filmmaker I impose upon strangers in the same way that she has. I groan, replace my helmet, and do as requested, to the amazement of one of my travelling companions. He asks why I bothered. “Karma,” I say, before squeezing into the restaurant for lunch.

The motorcycle I’m riding is as timeless as the hippie towns of California—they’ve changed over the years, but much has remained the same. It has been over 40 years since Honda’s 750 Four appeared, and it startles even me, who is paid to think about these things, that that much time has passed. The four-cylinder Japanese motorcycle is the definitive engine configuration in the history of motorcycling. It has obliterated thumping singles and buzzing parallel twins and chugging V-twins as the motorcycle of record. It is to motorcycling as the saxophone is to jazz and the guitar is to rock and roll. It is indispensable.

Starting with the simple premise that a faired sporting motorcycle needn’t inflict pain upon the knees, buttocks, and wrists like a full-on sportbike, the Ninja 1000 attempts to keep the keen edge of a sportbike but in a package softened enough to keep it from drawing blood. If you think the Ninja 1000 resembles Kawasaki’s nearly-nude Z1000 you’re not mistaken—they are essentially the same machine. Of course what gives it away are those distinctive silencers. While Kawasaki is likely trying to spiritually channel the classic Z bikes of the ’70s (whose quartet of upswept pipes are still stunning today) the design is chiseled to fit the knife-edged bodywork. Some think the pipes are lovely. Some think they’re a little over the top. Both are correct.

Kawasaki PR people are devoted to their Powerpoint presentations, and slide upon slide make a convincing argument that those of us that ride sportbikes on the street should burn them in a pyre and buy this bike. The argument (same sportbike thrill but without the sportbike chill) is convincing while I’m sipping a cocktail, but will it stand the test of a long day in the saddle?

The next day begins with a chill in the air. Before leaving the hotel parking lot, I reach forward and depress a lever beneath the instrument cluster and release the lock on the three-position adjustable windshield. Its design is clever, and intuitive, and I wish designers that specify windscreens with a pair of locking thumbscrews would study the elegant simplicity of the Ninja 1000 design. On a warm day you’re not likely to notice much difference between the screen’s three positions, but on this cool morning the highest position does offer significantly more wind protection than the low position. In its official literature, Kawasaki claims that the windshield should only be adjusted when the machine is stationary. Recognizing a challenge when I see one, I immediately try adjusting the screen on the fly. It can be done, but as it requires removing both hands from the handlebar, don’t call me if you stuff your bike in the ditch following my lead.

The 1,043 cc four is cooled by circulated liquid and maximum torque nearly matches that of the ZX-10R’s engine—the primary difference is that peak torque arrives at lower revs. A balance shaft tames vibration from the solidly mounted engine, and unless you live perpetually at redline, bad vibes aren’t an issue.

It is a distinction worth noting that this is not a plush touring bike. It was never intended to be. Rather it is a sport bike with an upright seating position and an engine tuned for general road use. It is important to view it in this light, because even though the saddle has 10 mm more padding than the ZX-10R, it does not coddle like the perch on the Concours 14 or FJR or BMW RT. The upside is that the rider of a Ninja 1000 rides a machine with the heart of a genuine sport bike. In the hills outside of San Francisco, the Ninja lunges between corners and flips from side to side with athleticism that bigger bikes lack. Helping to keep the bike on the road are suspension components above average for the price point. The 41 mm fork is adjustable for spring preload and compression and rebound damping and the shock dampens firmly yet compliantly.

The bikes we ride at the launch are without luggage, but the Kawasaki display at the Toronto motorcycle show has Ninja 1000s outfitted with smart 34-litre colour-matched Givi side panniers. A quick perusal of Kawasaki’s website also shows an available top case. As of press time no accessory prices are confirmed. Finally, if you spring for a Ninja 1000 you can dig your magnetic tank bag out of the back of the closet, as the fuel tank is metal.

After a long day in the saddle, the $13,699 Ninja 1000 proves itself a competent and worthy companion. The relationship between handlebar, seat, and footpegs fosters aggressive riding but is kind to the body. It is a motorcycle that a sportbike lover could accept and that a standard owner would recognize, which seems to have been Kawasaki’s goal right from the get-go.