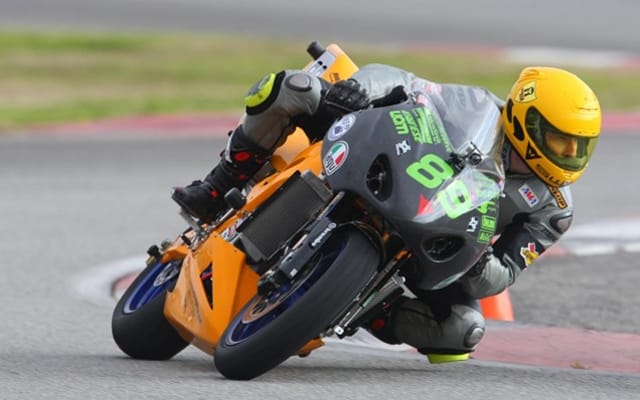 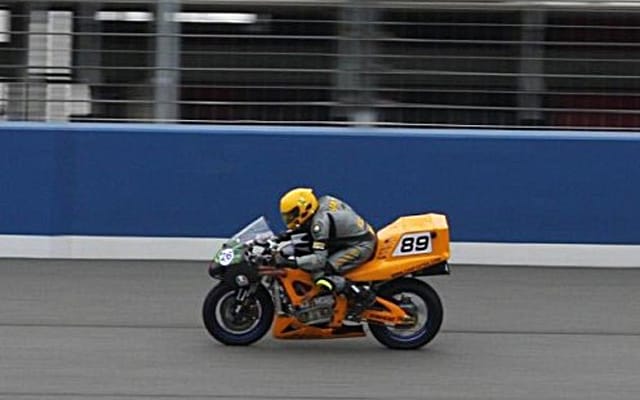 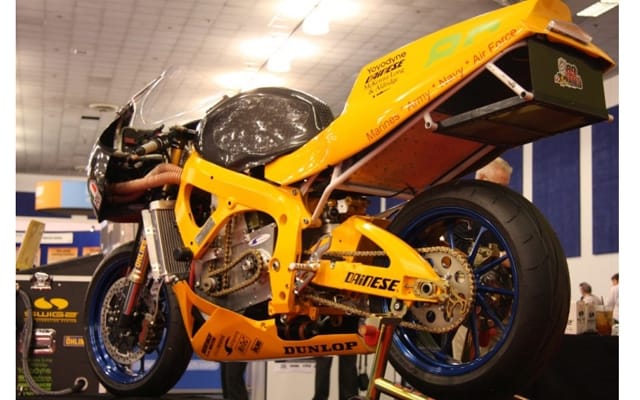 Chip Yates rode his 194bhp electric superbike to 2nd and 3rd place finishes in a field of gas powered motorcycles competing in the heavyweight twins superstock and superbike categories during the opening round of the WERA road racing series at Auto Club Speedway in California yesterday. Racing against bikes such as Ducati’s 1198 and KTM’s RC8, Yates posted a top speed of 248 km/h (154 mph) and best lap time of 1:39 on his electric machine. Yates and his SWIGZ.COM pro racing team initially developed their e-superbike (the world’s most powerful and advanced electric superbike they claim) to compete in the TTXGP electric road racing series, but decided to compete against internal combustion engine powered motorcycles in the WERA series after the TTXGP instituted a 250 kg weight restriction for 2011. Yates says he can’t find any way of making his bike any lighter without starting again from scratch and is instead working on developing maximum power. Below is onboard video footage courtesy of SWIGZ.COM pro racing showing Yates’ first WERA race.