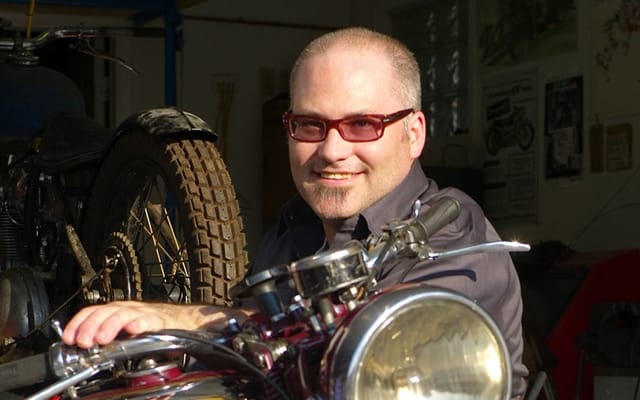 The Calgary motorcycle show, takes place at BMO Centre in Stampede Park this weekend. It’s the first major Canadian bike exposition of the new year and the second stop on the 7 city MMIC & COHV-run tour that kicked off with the Toronto show just before Christmas. From January 7-9 Calgarians will be able to check out some of the newest machines, apparel and accessories that manufacturers have to offer, as well as events that include: trials demonstrations, an MX and ATV freestyle show, the Yamaha Kids Riding Academy, and for women, SHE Rides Nite (Friday, January 7 after 5:00 pm) where ladies pay half-price admission for a female rider oriented evening  and  one lucky lady will walk away with a Suzuki GS500 courtesy of Walt Healey Motorsports and Suzuki Canada. Canadian road racing couple Jordan and Amy Szoke will be on hand throughout the weekend to chat and sign autographs, as will Cycle Canada columnist and author of Prairie Dust, Motorcycles and a Typewriter, Greg Williams. Buy a copy of his book about Canadian motorcycling pioneer Bernie Nicholson and Williams will be happy to sign it for you.

Below is the schedule of the remaining Canadian Motorcyle Shows and if you can’t make it to any of them or want to get a taste of what you’ll see, check out our video of CC’s editor Neil Graham talking about some of the 2011 motorcycles on display at the Toronto show. It includes the guys from BMW uncrating the first K1600GT to arrive in Canada.