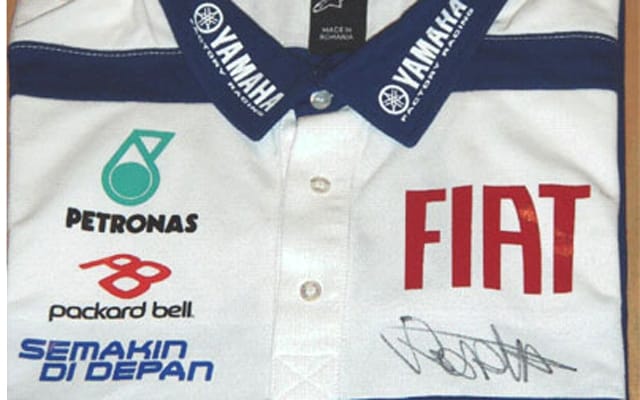 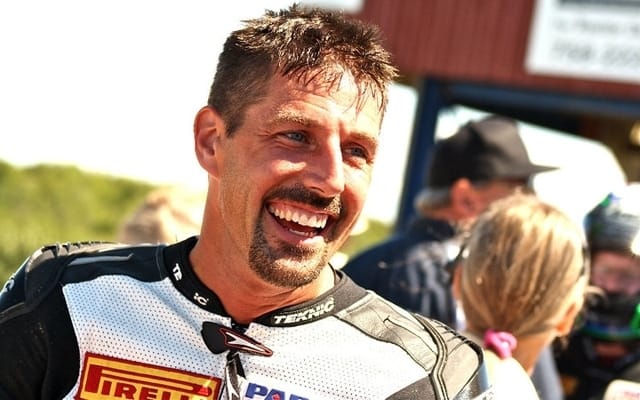 Back in November we told you about the Valentino Rossi autographed Fiat Yamaha pit shirt that was being auctioned by the Injured Racers Association of Atlantic Canada (IRAAC) to help offset the costs of Halagonian road racer Charlie Legere’s rehabilitation. Legere continues to recover from a spinal cord injury suffered in a crash at Atlantic Motorsport Park last September. We’re now happy to report that the auction was a success, the sale of the shirt bringing in the handsome sum of $7,500 to help support Legere and the Injured Racers Association.

According to IRAAC, 3 Halifax business men, Fred Levy, Paul Chappell and Jack Conrad joined forces to make the winning bid. Levy will be the keeper of the shirt after it’s framed. They’ve all agreed that it will compliment his limited edition, autographed Valentino Rossi replica Yamaha YZF-R1 very nicely. All 3 men and their companies will also be contributing to the construction of Charlie Legere’s new home, currently being custom built to meet his needs once he leaves rehab.