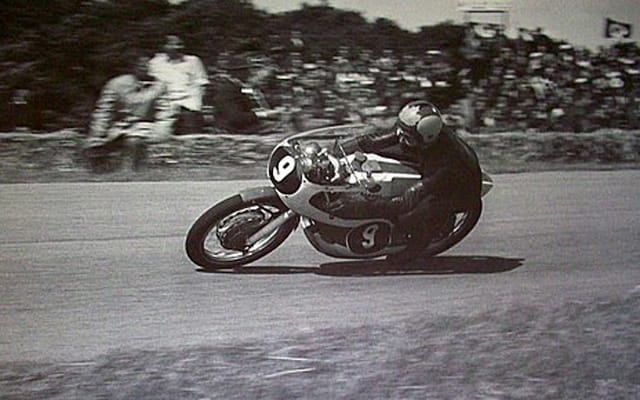 Mike Duff was a wickedly fast and fiercely determined road racer who won Grand Prix races, something no other Canadian has ever done. And her memory of those times is burned so deeply into her mind that now, in the last days of 2010, she can sit in a cabin in the Ontario woods and talk about standing on a podium in Belgium after winning a race, standing in silence and waiting for an orchestra to play the Canadian national anthem, then raising both fists to the crowd and hearing a sudden roar from 160,000 people, and you will feel the hair stand up on the back of your neck: it’s that real and that significant.

In 1985 Michael decided to become Michelle. She separated from her wife and started living as a woman. Duff’s 14-year stint as a Cycle Canada columnist came to an end. Her book Make Haste, Slowly about her time on the Continental Circus of European racing from 1960 to 1967 was published in 1996. She has also written children’s books and continues to pursue new writing projects from her home in central Ontario.

Be sure to read our full profile as well as Duff’s own reflections on her extraordinary life in our February issue (out now). And below you’ll find an excellent short film the NFB made about Mike Duff as he recovered from an almost career-ending crash in 1965 that left him with a shattered pelvis and in hospital for 6 months.