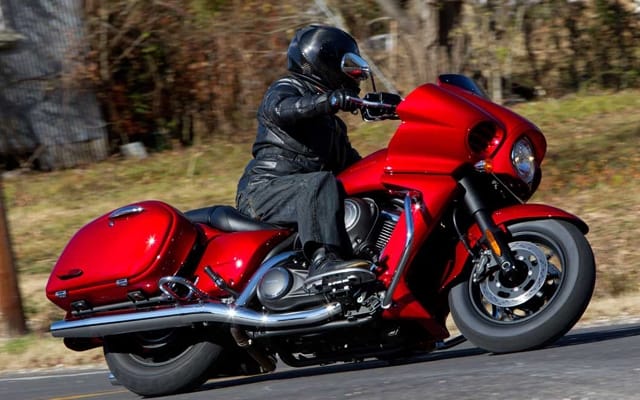 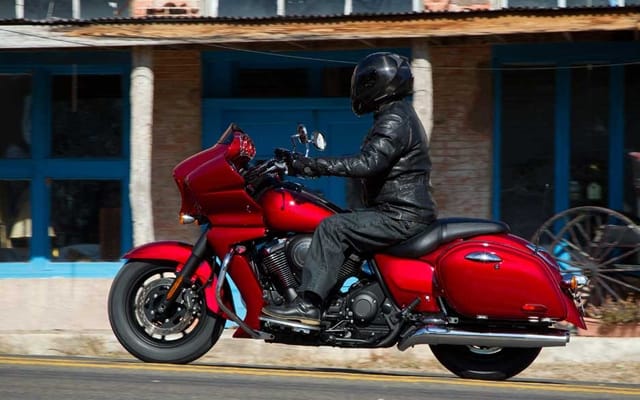 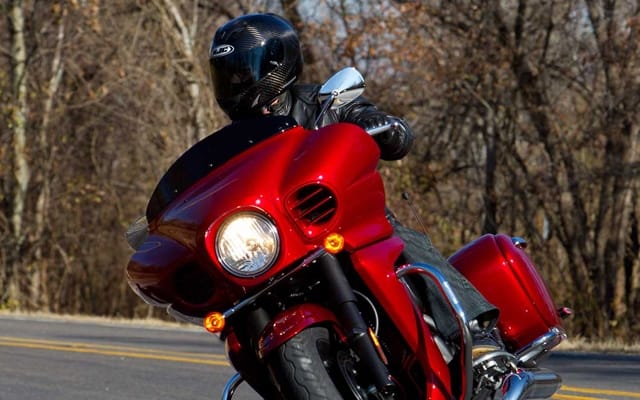 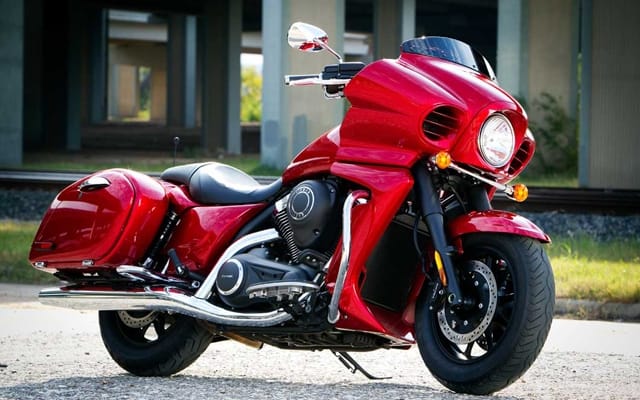 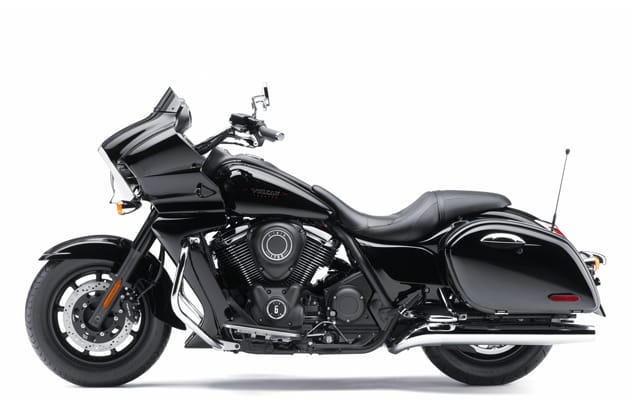 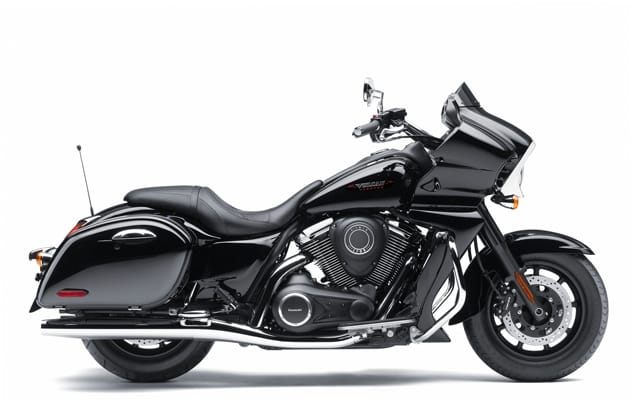 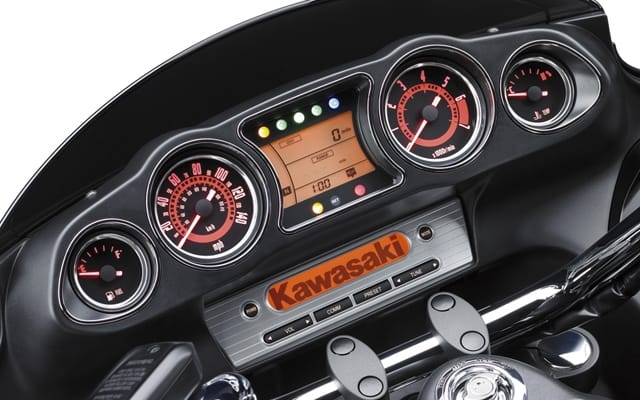 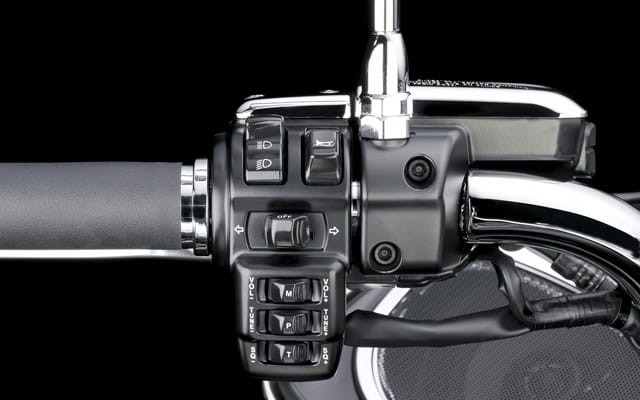 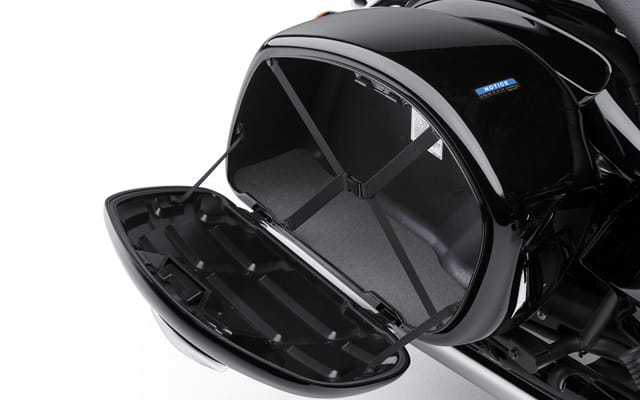 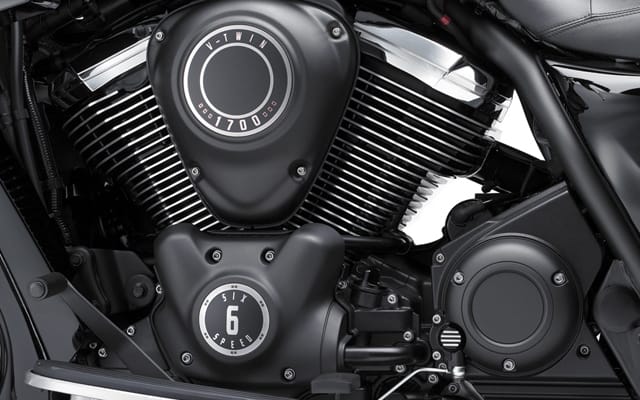 Cruising past small herds of what might be Texas longhorns, the Vaquero feels right in its element. For this launch Kawasaki chose the piney woods and sunburned farm country north of Houston, an ideal location with roads that are not particularly challenging, but do entertain nevertheless.

The Vaquero is a big bike that rides on fat rubber, yet feels responsive and manoeuvrable on the loose, lazily twisting roads of this south Texas region. Based on Kawasaki’s Vulcan platform, the Vaquero is at once familiar and engagingly new. Vaquero is Spanish for “cowboy,” and so it’s suitable that this motorcycle is turned over to the press corps here, where cowboys are as ubiquitous as guns. But forget your old-fashioned made-on-TV definition of a cowboy: lean, hard, and sun-wrinkled. This one is fat, lazy, and smooth as a freshly rebuilt ’57 Chev.

That’s where the familiar Vulcan gene shows its dominance. So what’s new? This Texas cowboy Vulcan feels stronger and more energetic than previous members of its family, and has a look that is finely stylized and just about right.

The paint, in particular – red with black script on the tank (Candy Fire Red), or vice versa (Ebony) – is laid on in deep, lustrous tones and looks great. The front end of the bike is wide and can be modified by interchangeable windscreens. A stock wind deflector is low and works well, keeping the wind above mid-chest height, while higher windscreens move the airstream up. I detected no appreciable buffeting at the stock height or with a 305 mm (12 in) windscreen attached. A sealed and rubber-filled front compartment also accepts iPod and other MP3 players (and iPhone, though Kawasaki won’t admit it for some legal reason). You can choose and play your tunes by easily used handlebar switches.

But tunes, even something like “Bury Me Not on the Lone Prairie,” or better yet, “Rawhide,” are not what this fat cowpoke is all about. Get it moving on a road with a few sensible twists and turns, and the Vaquero proves to be fun in the saddle. It won’t chase down a wild cayuse, but it takes to the road with an eagerness that belies its 379 kg (835 lb) wet weight, and handles changing road features with comfortable precision. Don’t be surprised to hear a peg scraper singing a lonely tune on anything but a lonely prairie road, but don’t be worried about it. The Vaquero is a solidly planted, easily ridden cruiser that can provide entertainment and comfort in all day quantities.

Unlike some cruisers, the ergonomics are on the reasonable side here – your feet are more or less below you, though you can see them without getting a side cramp, and your arms are placed right in front of you at a comfortable reach and height. On the ride around the Texan pines, after several hours, there was no need to get off the saddle and soothe the rear end.

The Vaquero is fired by a 1,700 cc V-twin claiming 88 hp and 108 ft-lb of torque, runs its power through a six-speed gearbox, and is belt driven. Though you can feel the engine vibrating, especially on acceleration, vibes do not become intrusive unless the throttle is held wide open into the stratosphere of cruiser rpm levels – say, 4,500 rpm. At that point, vibrations become mildly unpleasant, but it’s beyond the Vaquero’s normal working range, anyway.

If there is a weakness, it would be the brakes, which are a little wooden and uninformative, though they did haul the heavy bike down to low speeds quickly enough.

Cruise control comes standard on the Vaquero as do integrated clam shell-style saddlebags that are large and easy to operate, once you understand that the latch has to be held in the open position when closing the case. Kawasaki says they’re also working on a large number of accessories for the bike.

A few of the writers present at this launch lamented the fact that they would spend a day on a cruiser; not their kind of bike. But I found that a day on the Vaquero had its own rewards, and having fun in the saddle, and being comfortable in the saddle, were the two that counted most. That it looked pretty damn good was a bonus.