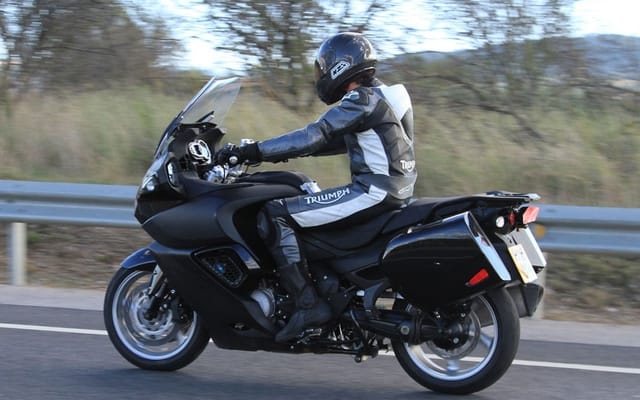 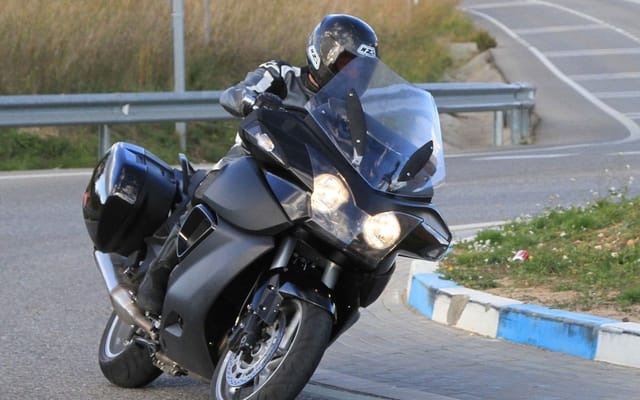 Spy shots of an all-new Triumph touring machine have recently emerged online. UK publication motorcyclenews.com posted photos last week of a shaft driven large displacement motorcycle it claims is the Triumph Trophy reborn. Though there are no logos to be seen anywhere on the bike, MCN says their trace of its licence plate number shows the vehicle’s make to be a Triumph from the Hinckley area (the manufacturer’s home), not to mention the fact that the rider is decked out in full Triumph leathers. Triumph ceased production of the Trophy in 2003. Speculation is that this new model is powered by an all-new motor in the 1200 – 1400 cc range, to make it competitive with such tourers as Kawasaki’s Concours 1400 and BMW’s K1300GT, and MCN says it has insider information that the new mill will also replace the Tiger’s 1050 cc lump to make Triumph’s large displacement monster trailie more competitive in the adventure touring market.