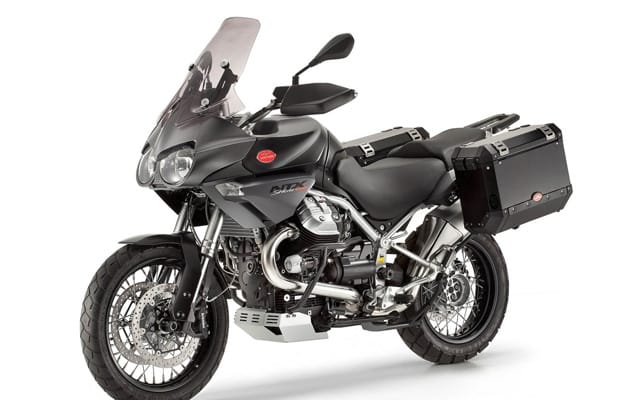 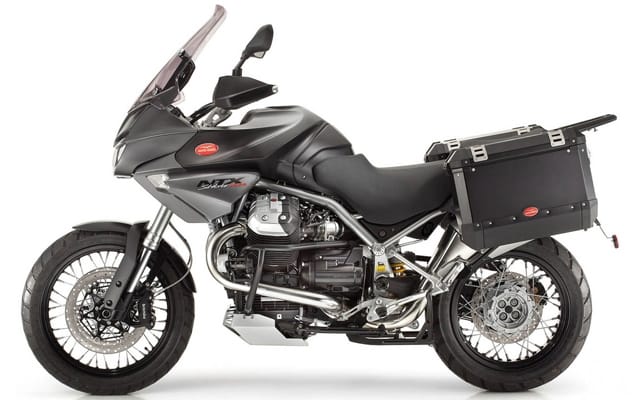 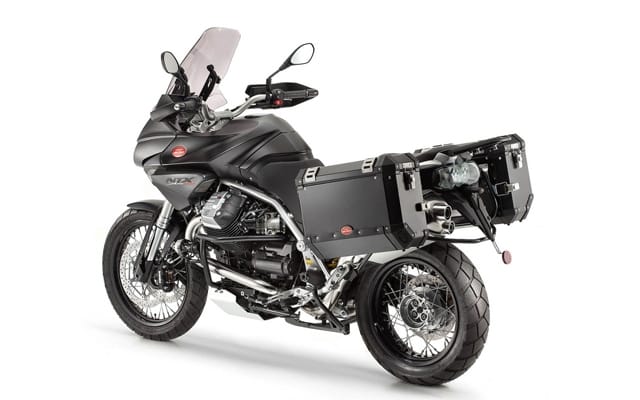 After a year’s absence, Moto Guzzi’s Stelvio 1200 super-enduro returns to Canada revamped. Improvements have been made to keep the Stelvio competitive in the big-displacement dual-purpose category where it is up against do-all machines like the BMW R1200GS, and its compatriot the Multistrada 1200. At its heart is Guzzi`s most advanced (as it were) powerplant, a four-valve, fuel-injected 1,151 cc V-twin which uses new profile camshafts and makes a claimed 102 hp. The upper dual beam frame, 50 mm inverted Marzocchi fork, Sachs shock and chassis geometry remain unchanged, but new brake discs have lighter flanges for improved heat dissipation. Further upgrades to the Stelvio include new headlight fairing, windshield, panniers, seat, exhaust system, alloy wheels, Continental ABS, instrument panel and a larger 32 litre fuel tank. An upscale Stelvio NTX version is also in the lineup, and it comes with Ber rims and Alpina spokes (extra-cost option on the standard Stelvio), as well as oil sump guard, engine guard, cylinder guard and full-cover hand guards.

The standard Stelvio comes in black or white, the NTX in black only, and will be available here next spring. Pricing is TBA.