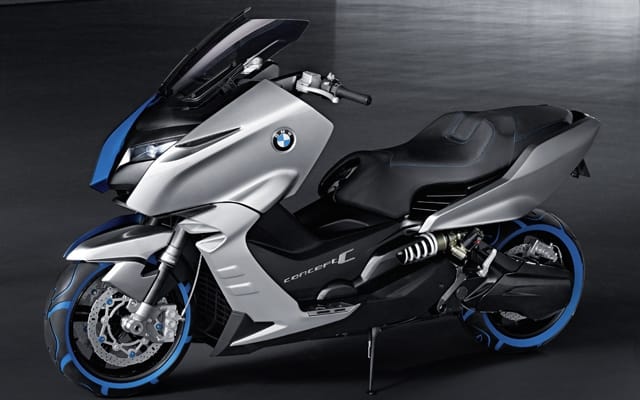 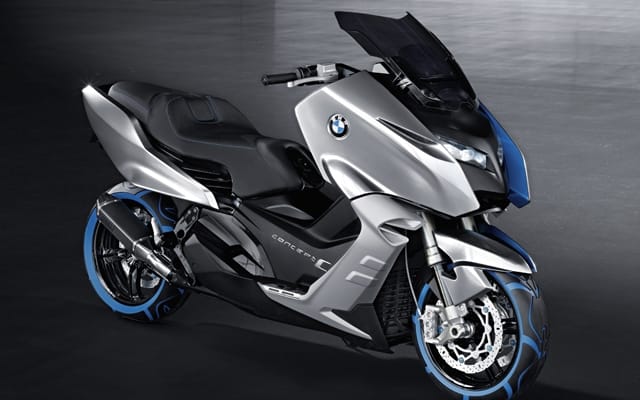 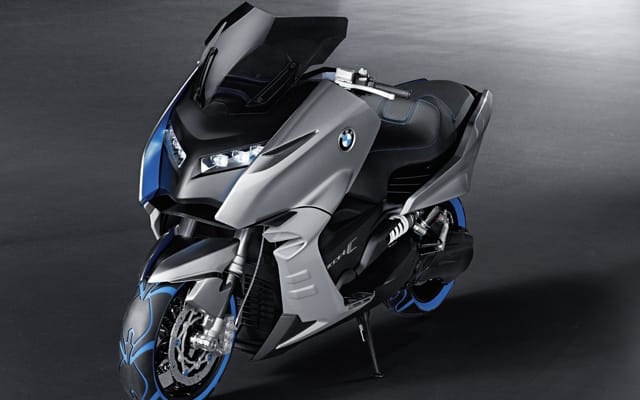 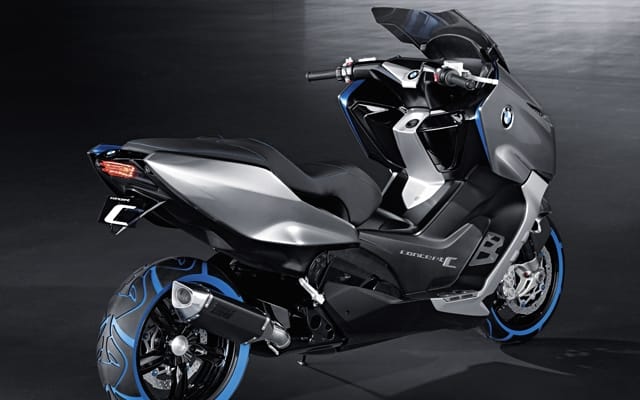 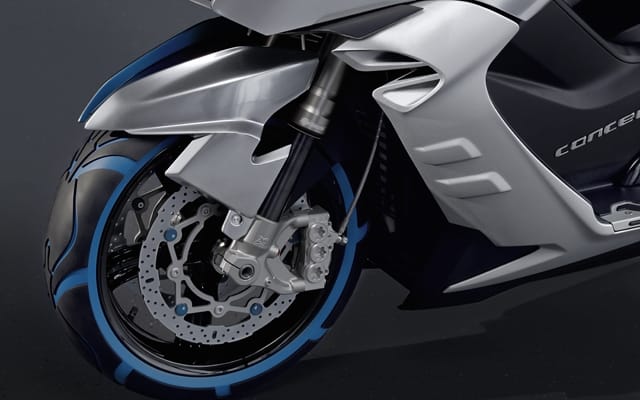 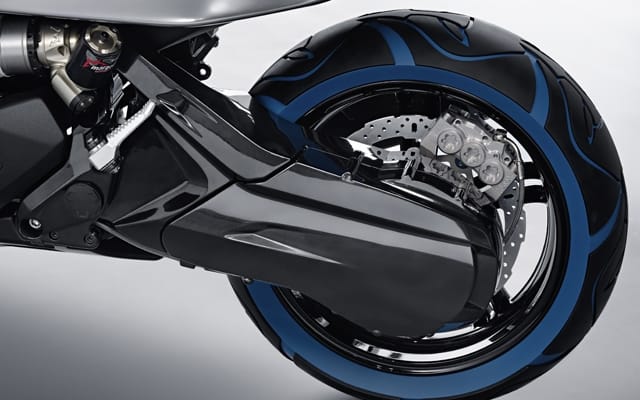 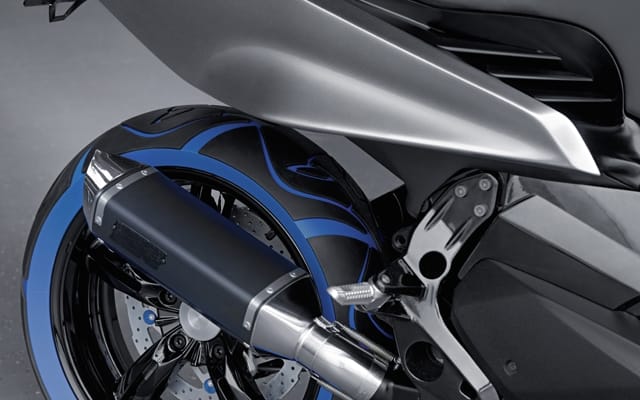 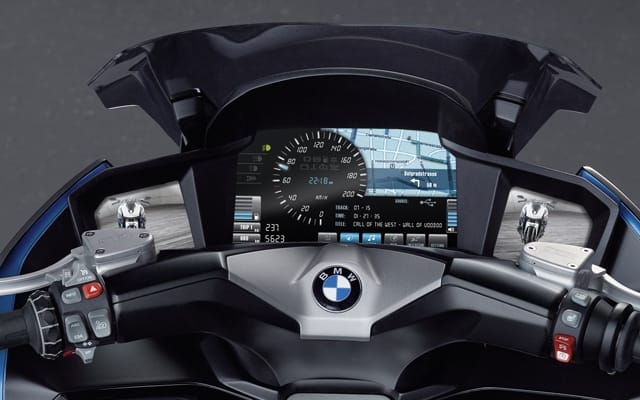 BMW has announced plans to enter the big scooter market. What they’ve unveiled at EICMA is called the Concept C (“C”stands for commuter they say). Though there’s not a lot of information yet on what is obviously meant to be a very sporty machine, we do know that the Concept C is powered by a new, two-cylinder inline engine in conjunction with an automatic CVT (continuously variable transmission). Other features of note include: ABS controlled radial calipers on superbike-sized triple discs, Vance & Hines exhaust, a Marzocchi piggyback monoshock, LED headlamp, and video cameras that provide rear views on left and right dash mounted LCD displays (no old-school mirrors here).

The machine you see pictured here is just a concept of course, but BMW Motorrad says they will soon be producing two “premium” scooters at their Berlin plant.