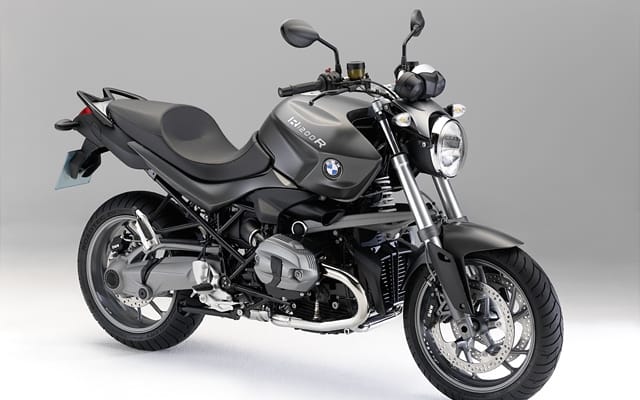 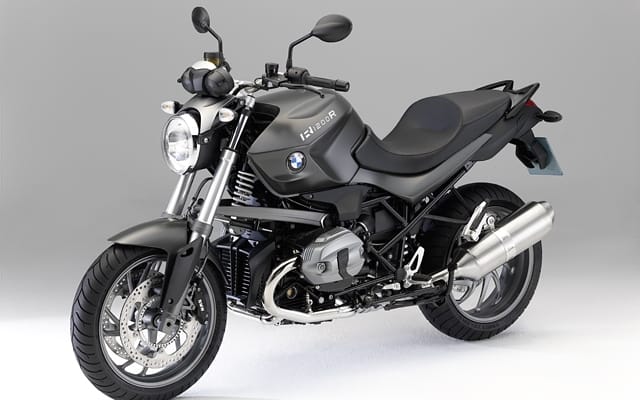 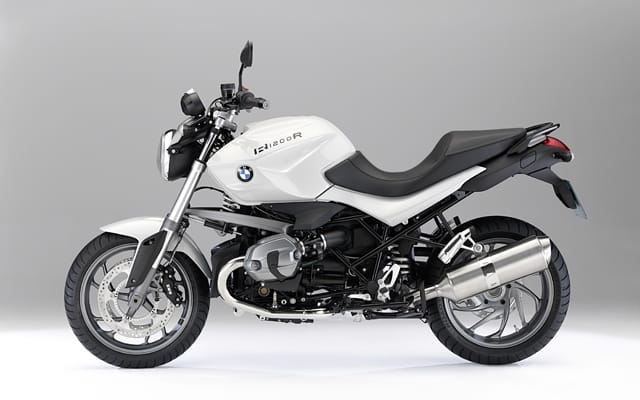 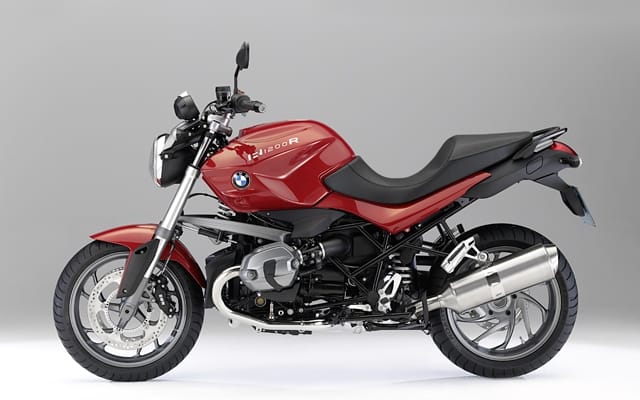 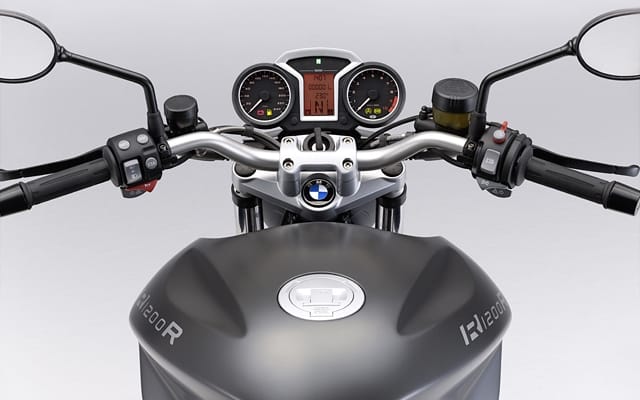 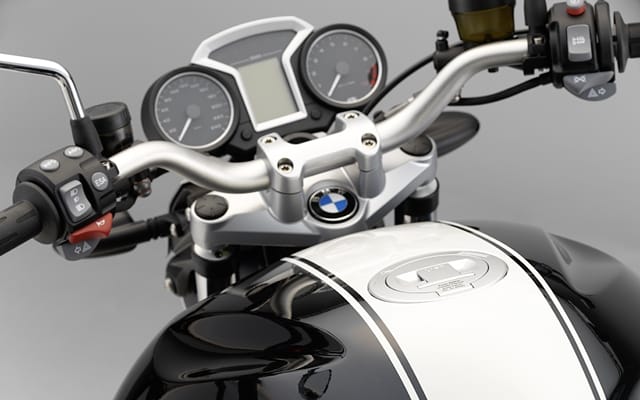 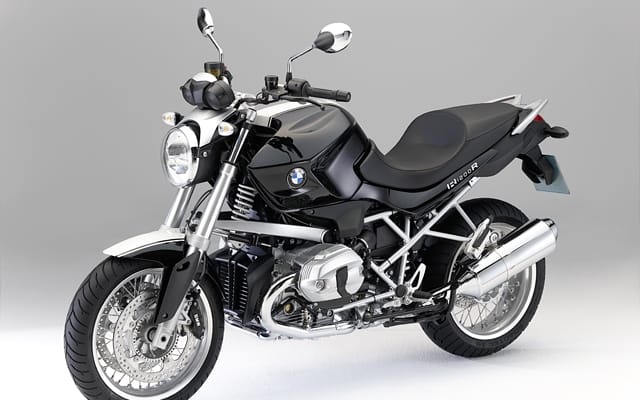 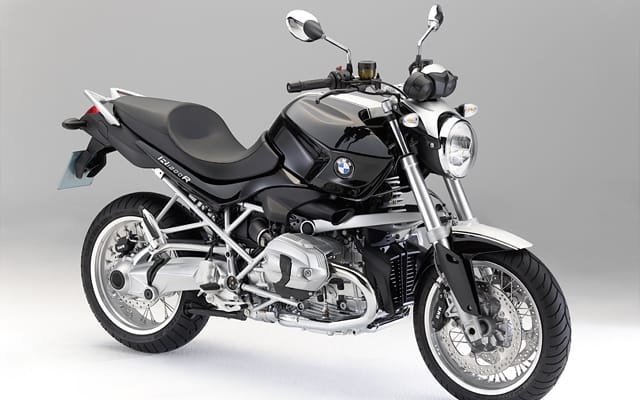 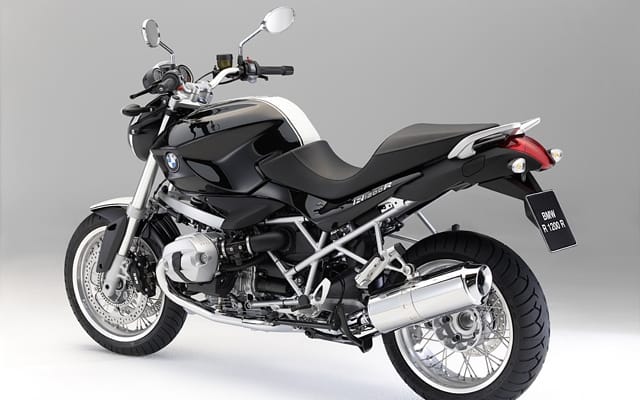 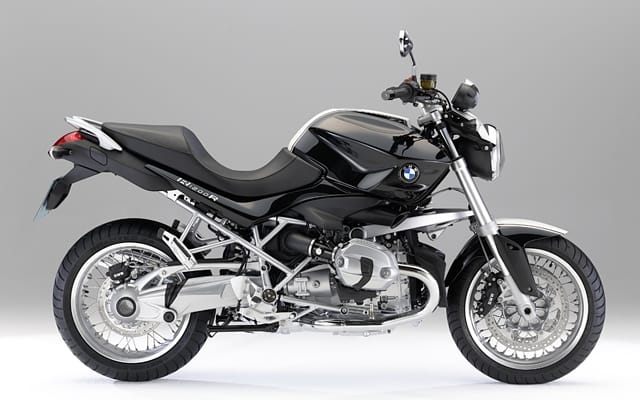 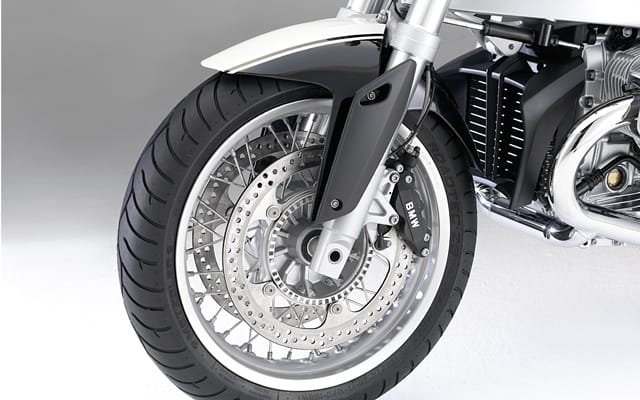 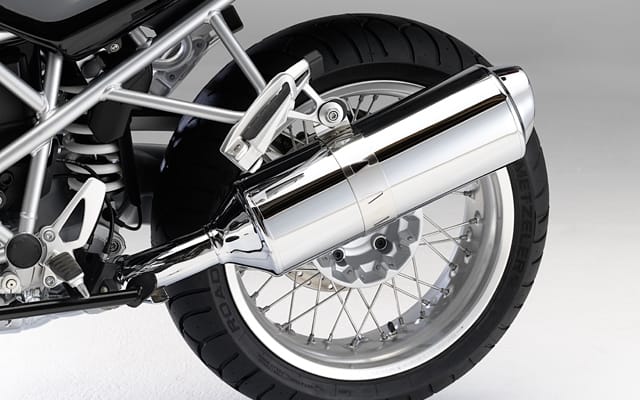 BMW has made mechanical and cosmetic changes to its heavyweight roadster. The 2011 R1200R trades the previous iteration’s single cam boxer engine for the same HP2 Sport derived DOHC, 1170 cc parallel-twin that the R1200GS and  R1200RT received last year, providing a marginal claimed horsepower increase, up one from last year to 110, while peak torque is now up three to 88 lb-ft.

New this year is the addition of the R1200R Classic. The retro-trimmed version comes with spoked wheels, chromed exhaust, and is finished in gloss black with a white stripe down the middle of the tank, while engine components and frame are painted silver. The standard model rolls on cast alloy hoops, has a brushed stainless steel exhaust and comes in three matte finishes: dark gray, light gray or red.

Pricing we’re told will be announced in conjunction with the Toronto Motorcycle show, December 10-12.