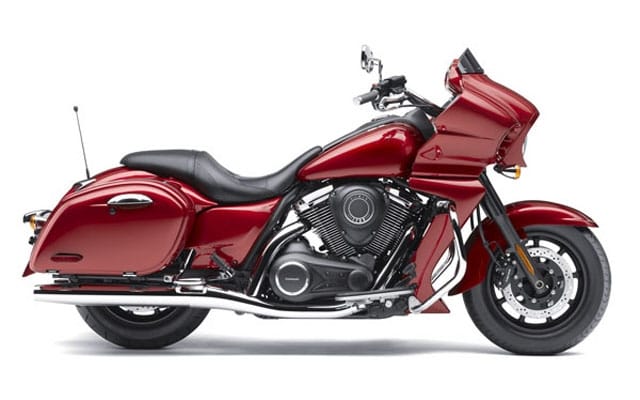 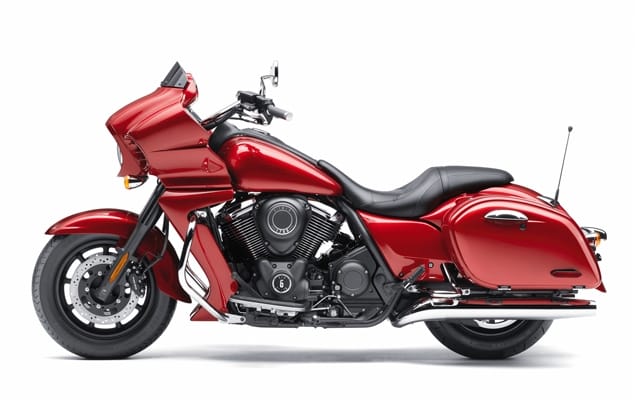 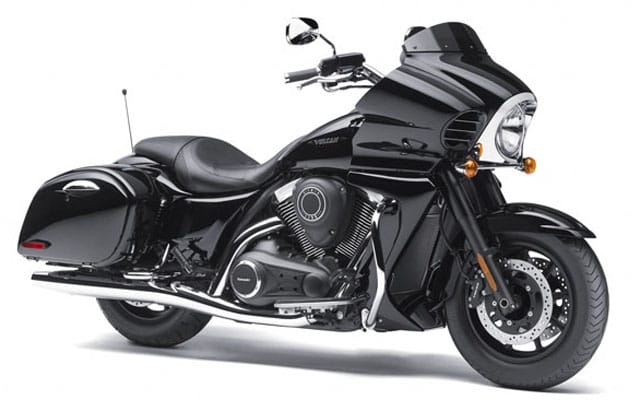 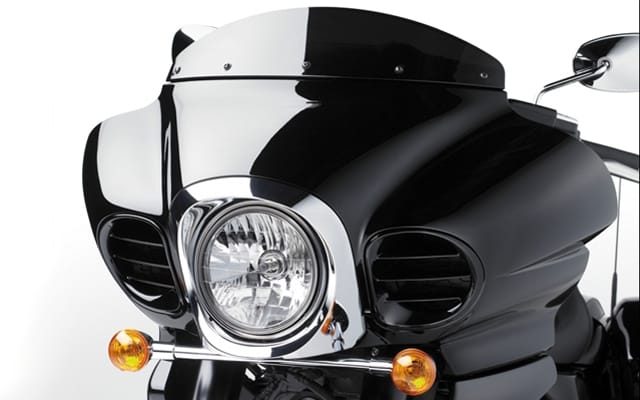 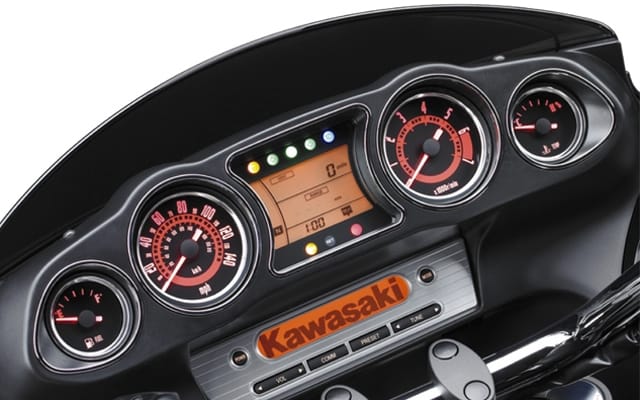 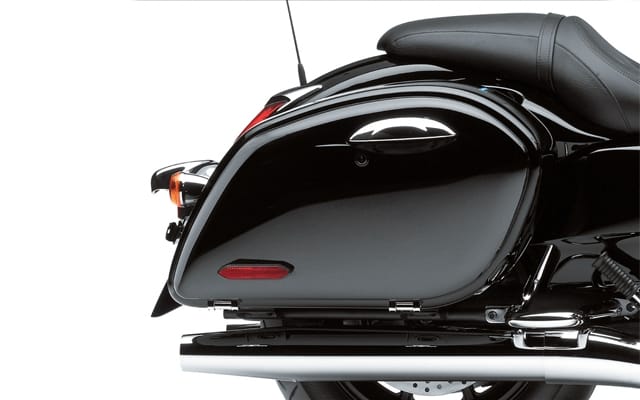 Kawasaki’s cruiser department has been hard at work on a new Vulcan 1700 model for 2011, and the result is the Vaquero, the Spanish word for cowboy. Its design is inspired by Harley-Davidson’s bagger, highlighted by the abbreviated fairing with a short visor instead of the usual windshield.  Despite the old-school look, the Vaquero is powered by a modern, liquid-cooled, fuel-injected 1,700 cc V-twin which generates a claimed 88 hp and 108 ft-lb of torque.  The machine’s flowing style with swoopy bodywork and chrome highlights bely modern conveniences such as cruise control, iPod-ready audio system with handle bar mounted controls and standard hard luggage.  The Vaquero comes in black or red. Pricing has yet to be announced.