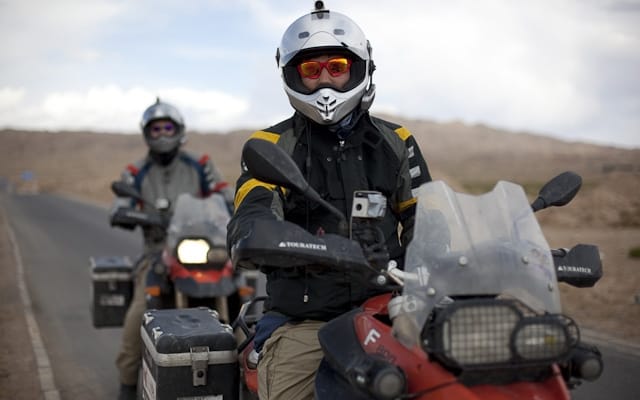 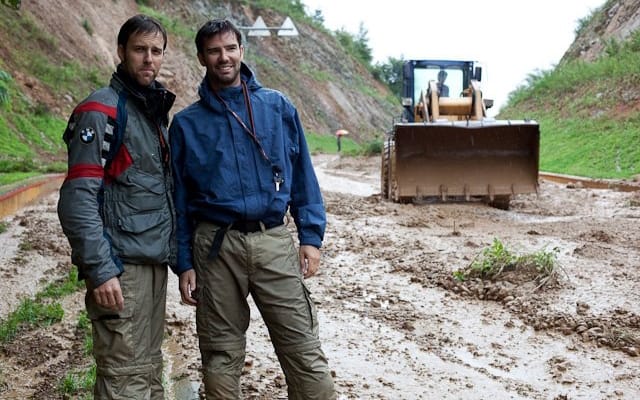 Canadian brothers Colin and Ryan Pyle have become the first people to fully circumnavigate China by motorcycle. Ryan has worked for the past decade in China as a documentary photographer, while Colin built and then sold a Toronto-based currency trading company before joining up with his brother for the expedition. The pair rolled into Shanghai aboard their BMW F800GS adventure tourers on October 17 to complete a 65 day, 17,674km odyssey they undertook in part to raise money for the SEVA Foundation, a San Francisco based charity that helps people worldwide on issues of  health, cultural survival and sustainable communities.

“The word tough doesn’t even begin to describe some of the challenges we had to deal with on a daily basis,” said Ryan about the trip. “Originally my brother Colin and I had planned to complete our counter-clockwise circumnavigation around China in 60 days. We finished just five days later than expected”.

Ryan (left) and Colin Pyle wait out a landslide on a remote secondary road in Liaoning province. The two were amazed by the amount of rain that fell in late August in the region and found themselves riding through many flood affected areas.

“The biggest issues we encountered was that I burned out my clutch on my BMW F800GS in a remote part of Central Tibet, and we had to fly in parts and do the repairs ourselves. That put us back about 7 days. We were also not granted permission to ride through Eastern Tibet, because of disturbances in the region. So we had to load our bikes on to a truck and ship them to Zhongdian (Shangri-la), then fly and meet them. But the truck took much longer than it would have taken us to ride; so that put us back another few days. Those were the two biggest setbacks on an otherwise very well executed trip.”

The brothers also had a videographer along for the journey and plan to release a documentary and book that they say will showcase much of China’s change and development from farm to factory.