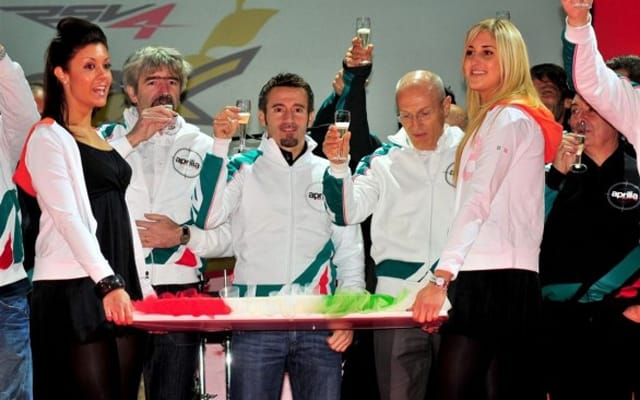 The anticipated announcement of Max Biaggi’s 2-year contract with Aprilia, reported by a number of Italian media outlets (and then us) as a done deal last week, never materialized during a public celebration for Biaggi and Aprilia held over the weekend in the Italian manufacturer’s home town of Noale. The absence of an official statement by either party has fuelled further speculation on whether the 2010 World Superbike champion is simply holding out for more money or, with his second child on the way, seriously considering retirement to be able to spend more time with his family. We’ll wait for something concrete before we open our mouths on this again.