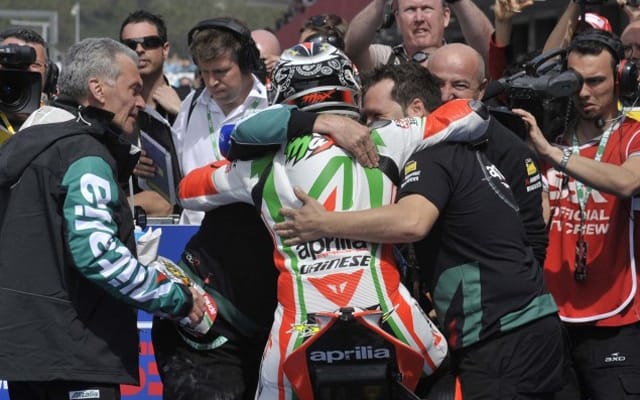 Biaggi Signs With Aprilia for Another 2 Years

After winning the 2010 World Superbike championship Max Biaggi said he might retire. Perhaps he was simply playing a little high stakes poker and bluffing in an attempt to increase his chip stack, as the Italian press is reporting today that the 39-year-old has signed-on with Aprilia Racing for another two years. The official announcement is expected to be made tomorrow evening in Noale, Italy (home of Aprilia) during an event organized by the city to celebrate both Biaggi, the first Italian to win the World Superbike Championship, and Aprilia for their first WSBK manufacturer title.