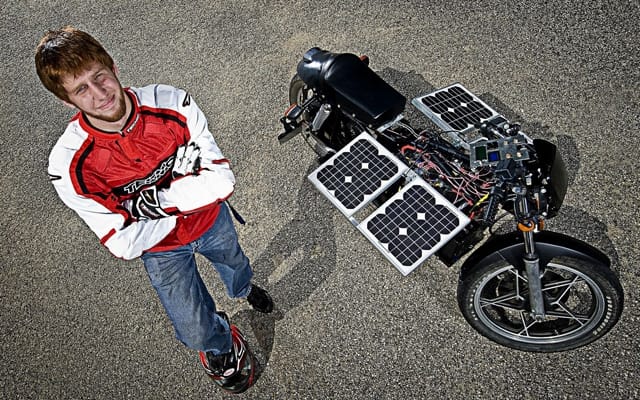 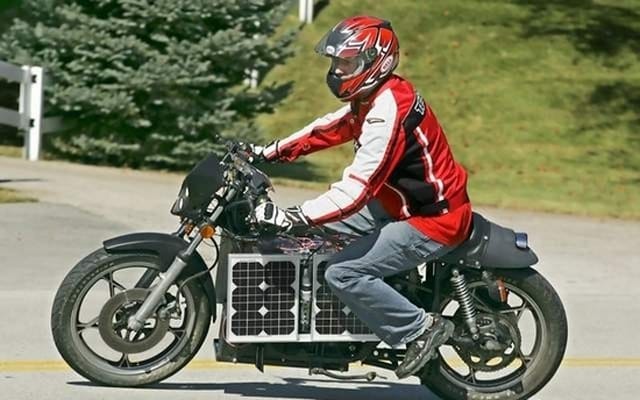 A student at Purdue University in Indiana has transformed an old motorcycle into a solar-powered bike with a top speed of 70km/h.

Physics major Tony Danger Coiro says he bought the 1978 Suzuki for $50 USD on Craigslist and spent $2500 retrofitting it into a street-legal bike with two solar panels mounted on either side to charge its  4 lead acid batteries. Coiro claims his solar-powered machine has a range of about 40km per charge. After starting to drive the bike last June, Coiro says that getting the vehicle licensed was easy but insuring it was tough.

Coiro has received a provisional patent for his invention, and he says he hopes to improve his design to create a 160km/h, sun-powered racing machine.