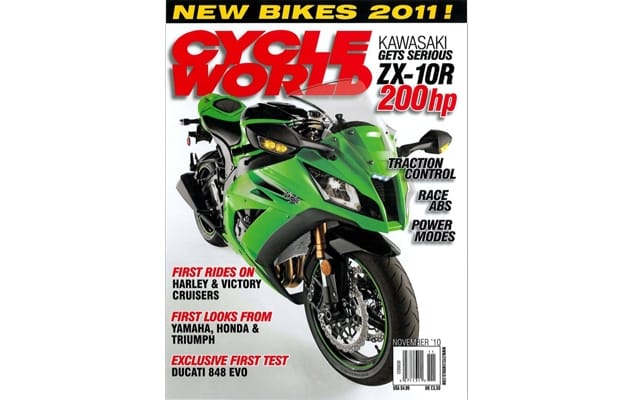 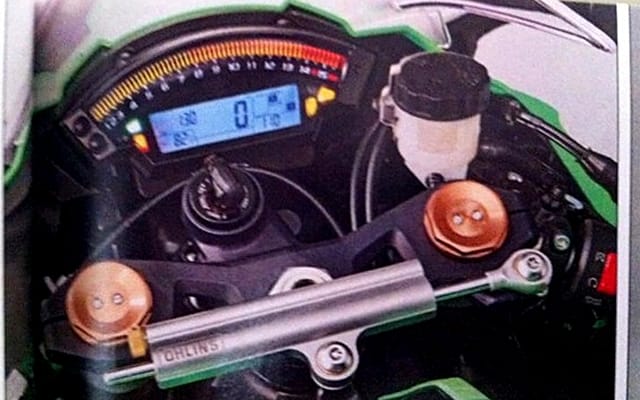 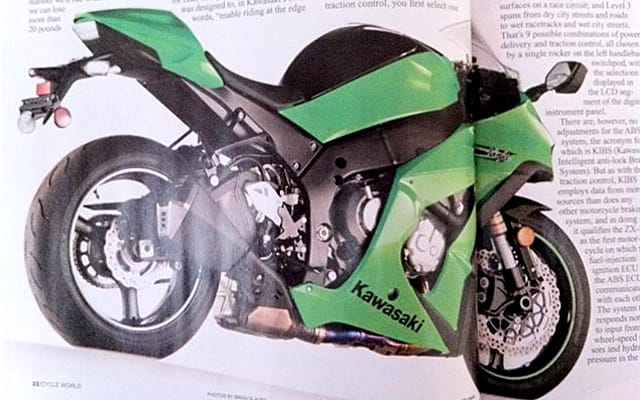 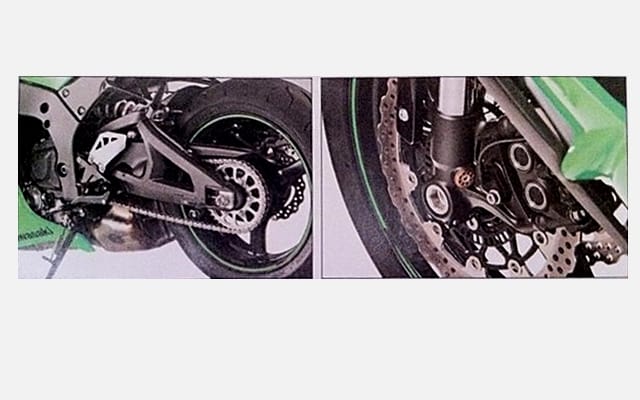 Us magazine Cycle World has broken a press embargo and revealed the redesigned 2011 Kawasaki ZX-10R.  Apprarently pre-release copies of the November issue  were “accidently” put on news stands a week early in the Los Angeles area.

The magazine’s cover says the new ZX-10R produces 200 hp, but according to hellforleathermagazine.com, Kawasaki says the figure is pure speculation on Cycle World’s part, as the manufacturer is still working on the exhaust arrangement to meet noise regulations and thus has yet to come up with an official peak power rating.

That said, it’s expected the new engine, that is said to have been tuned for greater midrange power, will produce more than the 160 claimed ponies of its predecessor. To help control that massive power on a machine that is now also nearly 20 lbs lighter Kawasaki have added adjustable traction control and intelligent ABS (developed with Bosch and pulse free they say).

The 2011 Kawasaki ZX-10R will officially be unveiled during the Intermot show in Cologne October 6-10. Stay tuned for more details then.