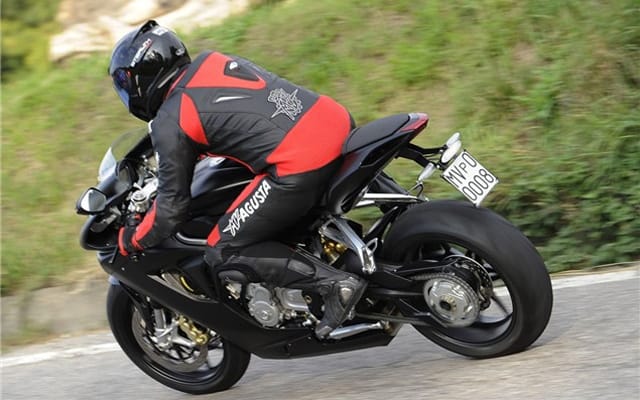 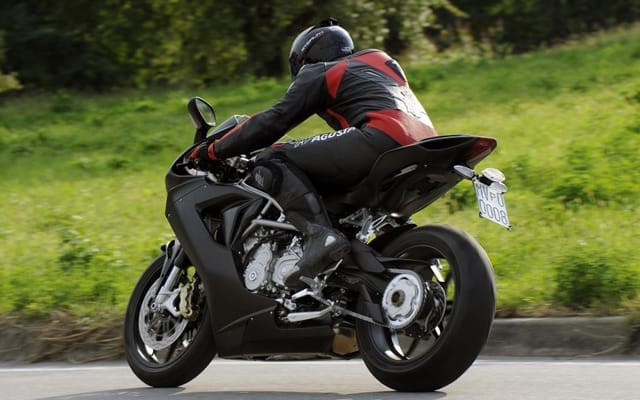 MV Agusta have announced the F3—the middleweight sport bike that recently re-anointed owner Claudio Castiglioni claims will keep the beleaguered Italian firm afloat—will arrive in 2011. Two official photos have been released along with a brief statement i.e. no details other than the fact that the F3 is powered by 600cc motor, as opposed to a much speculated 675cc unit. Other things we can deduce from the teaser photos are that the F3’s styling is very similar to that of it’s F4 sibling, radial-mount brakes are used up front on an inverted fork, the swingarm is single-sided, and the exhaust looks to be mostly hidden, both under the bike in its lower fairing as well is in the tail section where it appears to exit.

Though we reported to you back in March that MV Agusta claims their motorcycles would soon be available here in Canada, we’ve yet to hear from them when that will be.

The F3’s official unveiling will take place the EIMCA in November. Stay tuned for more details as they arise.