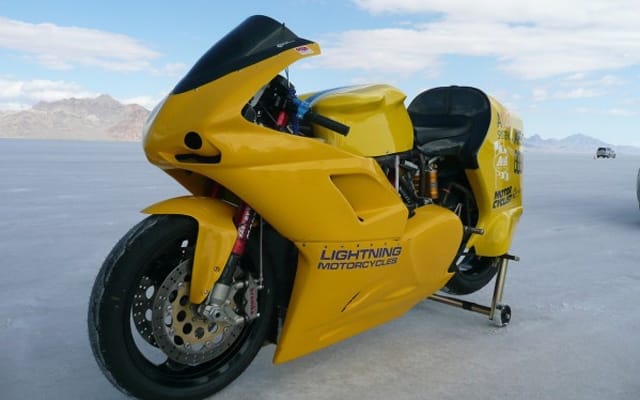 Lightning Motorcycles, winner of the 2010 North American TTXGP series, has bettered its own land speed record (267 km/h set last year), achieving a new top speed of 278 km/h on the final day of the BUB Motorcycle Speed Trials at the Bonneville Salt Flats in Utah last Thursday. The battery powered motorcycle reached 273 km/h on its first run into an 18 km/h headwind and then 283 km/h on its return—the record speed derived from averaging the two runs. Lightning says it plans to offer its street legal machine for sale to the public, though there’s no word yet as to when. We do know though that the Lightning Motorcycles team will be competing in the invitation-only TTXGP World finals in Albacete, Spain, October 23-24, and we’re guessing they have a good chance to win.